It is a great pleasure to welcome the EU’s High Representative, my dear friend Josep Borrell.

It is not your first visit to Cyprus Josep, but it is your first in your capacity as High Representative. The timing of your visit is not a coincidence. It is deliberate, intended to send a clear message that the European Union, a Union of 27 member states, is present and engaged in the Eastern Mediterranean, and stands united behind its member states in the face of threat and aggression, not just with words but with actions.

I had the opportunity to inform and discuss in-depth with Josep Turkey’s escalating provocations and illegal activities in Cyprus’s maritime zones. I informed him about Turkey’s illegal drilling operation in block 6 of our exclusive economic zone, which has been duly delimited with neighbouring countries and subsequently licensed to European companies, fully in accordance with international law.

At a time of an unprecedented pandemic, that has pulled the international community together, and despite repeated warnings by the European Union, Turkey has opted to proceed with its 6th illegal drilling in less than a year, violating the sovereign rights of the Republic of Cyprus, and further destabilizing the region, threatening peace and stability. Turkey’s actions target not only Cyprus but also the region, and the EU as a whole.

Rather than responding to the invitation by the Government of Cyprus to negotiate in good faith the maritime delimitation of the maritime zones between the relevant coasts, in line with international law, an invitation welcomed by the EU, Turkey has chosen its preferred path of gunboat diplomacy.

There can be no doubt that Turkey’s actions in Cyprus’s maritime zones cannot be seen in isolation. Rather, they constitute a pretext, and form part of an alarming behavior by Turkey in the region, where Turkey is implementing a revisionist policy that is enforced through the use of force.

Turkey’s foreign policy mantra of zero problems with its neighbors has transformed into a multitude of problems with all its neighbours. This is in sheer contrast with the cooperation and collaboration that has proliferated in recent years amongst countries in the region, in a wide range of fields. Turkey stands out in the region, as a lone spoiler that seeks to undermine regional cooperation, stability and security. We see this also in Libya, Syria, Iraq.

You are coming from Greece Josep, and you were able to see first-hand the situation at the Greek border, at the EU’s border, where fully violating the 2016 EU-Turkey statement, Turkey shamefully instrumentalised human lives in order to blackmail the EU and score political gains. The EU and its member states cannot surrender to political blackmail that disgracefully uses human lives of men, women, children as shield.

The EU, a project of peace, a paradigm of cooperation, is bound together by values and principles, to which it holds both itself and others accountable. These are the values and principles enshrined in our Treaties. Good neighbourly relations, respect for international law, including international law of the sea, respect for the sovereignty and territorial integrity of states are essential conditions for any state wishing to be on the path to the European Union.

With Josep we also discussed how in light of Turkey’s behavior, the whole spectrum of EU-Turkey relations continues to be detrimentally affected. This is an issue that will be discussed at the upcoming Foreign Affairs Council. On our side it is clear and self-evident that a necessary pre requisite for any meaningful engagement with Turkey is to cease its illegal activities, and respect the sovereignty and sovereign rights of all Member states.

Finally, we talked about specific ways in which in the face of escalation by Turkey, the EU will respond firmly and decisively, implementing and enhancing its existing decisions, within the framework agreed by the Council.

My dear friend Josep, thank you once again for your visit and for this frank and fruitful dialogue, which will certainly continue and grow. 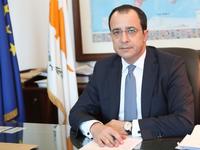 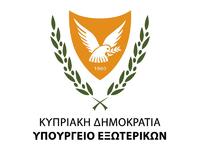