Recent News
Statement by the Minister of Transport, Communications and Works on introducing a New Incentives Scheme for Airline Companies
Consumer Price Index: June 2020
Results of the Services and Transport Survey 2018
Update of the maximum number of persons served in catering establishments
Isolation at home for cases of the COVID-19 disease or their close contacts and arrivals in Cyprus from category C countries
Epidemiological risk assessment of countries concerning the COVID-19 disease, dated 29/06/2020
Average monthly earnings of employees: 1st quarter 2020
Message the Permanent Representative of Cyprus to the UN, to the ceremony for the 75th Anniversary from the signing of the Charter of the United Nations
Statement by the Minister of Foreign Affairs, Mr. Nikos Christodoulides, on the occasion of the visit to Cyprus by the Minister of Foreign Affairs and Trade of Hungary, Mr. Péter Szijjártó
First COVID-19 treatment recommended for EU authorisation 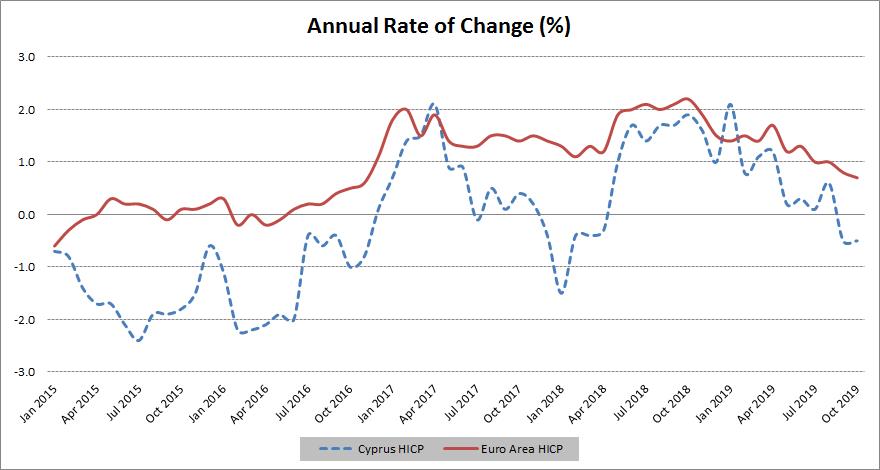 Compared to October 2018, the largest change was noted in the category Communication (2,7%). (Table 1)

Compared to September 2019, the largest change was recorded in the category Clothing and Footwear (5,9%). (Table 1)

For the period January - October 2019, compared to the corresponding period of the previous year, the largest change was noted in Housing, Water, Electricity, Gas and Other Fuels (3,3%). (Table 1)

Results of the Services and Transport Survey 2018 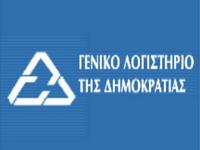