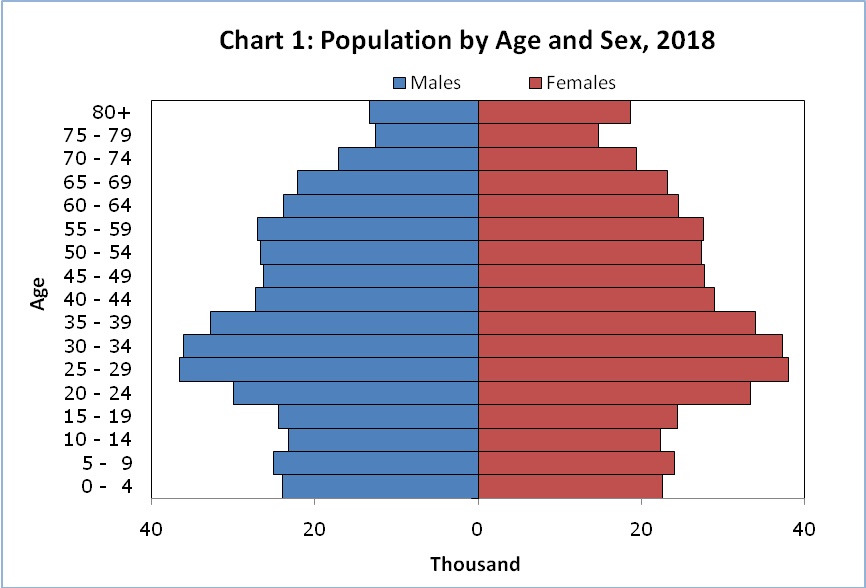 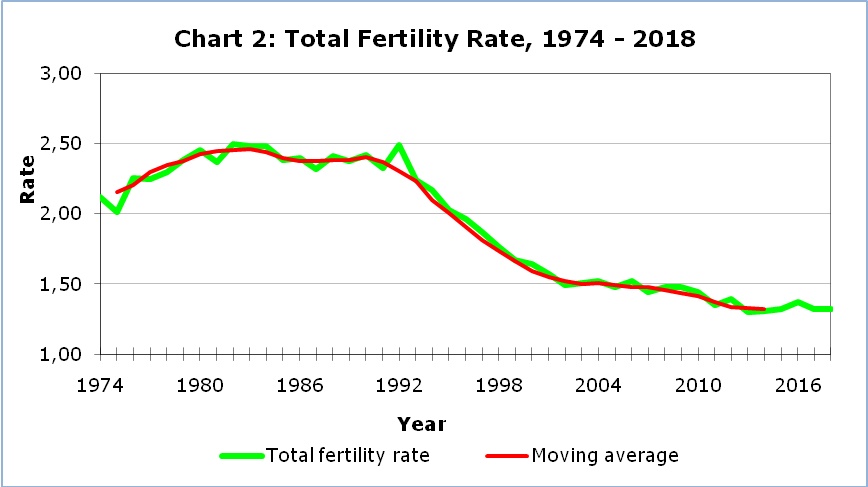 The mean age of women at the birth of their first child was 29,4 years while the mean age at birth irrespective of the order of child was 31,0 years in 2018.

The number of deaths in the Government controlled area reached 5.768 in 2018 and the corresponding crude death rate was 6,6 deaths per 1.000 population. 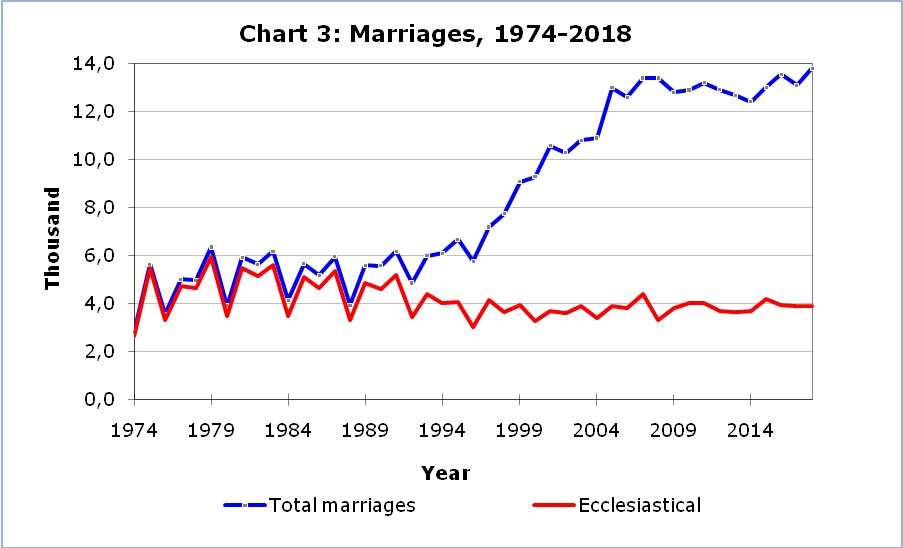 Crude birth, death and divorce rates – Are respectively the numbers of births, deaths and divorces per 1.000 population.

Total fertility rate – The number of children a woman would have if she experienced the age specific fertility rates of a given year and she lived until the end of her reproductive life, i.e. until her 50th birthday.

Age specific fertility rate – The number of births occurring to women of a given age-group during a year divided by the total number of women in that age-group.

Life expectancy at birth – Indicates the number of years a newborn baby is expected to live if mortality in the various age-groups remains at the level of the period on which the life expectancy is computed.

Infant mortality rate – The ratio of deaths of infants under one year old per 1.000 live births of the same year.

Net migration – The balance between in-migration and out-migration.

Sources of Data and Coverage

Population estimates are based on Census results updated annually to take account of the components of change, births, deaths and net migration.

Birth Statistics are based on registered events occurring during the reference year, which are registered up to May of the following year.

Death statistics are mainly based on registered events occurring during the reference year, which are registered up to May of the following year.

Marriages are compiled by the staff of the Statistical Service from the Registers at the eleven ecclesiastical districts of Cyprus as well as the Armenian, Maronite and Catholic Churches. Data concerning civil marriages are obtained from the Ministry of Interior.

Divorces are obtained from family courts.

Migration statistics are based on the results of the Passenger Survey, as well as on administrative and other sources available to the Statistical Service.