Presentation of Dr. Constantinos Kadis, Minister of Agriculture, Rural Development and Environment “A science-policy interface on risks of climate and environmental change in the Mediterranean region and Middle East”

It is with great honour and pleasure that I welcome you to today’s Side Event that we jointly organise with the Union for the Mediterranean. My presentation focuses on the Initiative that was recently announced by the Government of the Republic of Cyprus for Coordinating Climate Change Actions in the Eastern Mediterranean and Middle East.

As you may know, the Eastern Mediterranean and Middle East (EMME) region is highly vulnerable to the impact of climate change. Actually, according to scientific findings it has been classified as one of the global climate change “hotspots”.

At the same time EMME region suffers from lack of detailed environmental observations and modeling, which are necessary for developing accurate predictions as well as integrated mitigation and adaptation strategies to climate change. Moreover, there is lack of coordinated policy actions, joint activities, common projects and sharing of good practices to implement such actions.

These gaps were identified and discussed at the International Conference on “Climate Change in the Mediterranean and the Middle East”, which was organized in Cyprus, in May 2018, by The Cyprus Institute, a leading research institution focusing, among others, on climate change. The conference was attended by eminent scientists and policy makers such as L. Fabius, J. Sachs, Petteri Taalas and participants from more than 30 countries. Through the conference it became clear that regional concerted action is urgently needed to address the forthcoming crisis and its consequences.

Following this conference, the President of the Republic of Cyprus, Mr. Nicos Anastasiades, expressed his vision for Cyprus to undertake an international initiative to coordinate the efforts of the EMME region to ameliorate climate change and its impacts.

The Cyprus Government Initiative for Climate Change aims at developing an Action Plan to address the specific needs and challenges of countries in the EMME region and to ameliorate the impacts of climate change. The Action Plan will be based on the work that will be carried out by the scientific community and will consist of valid mitigation actions, in accordance with the Paris Agreement.

The Initiative is comprised of two components: The Scientific Component and the Decision-Making Component.

The scientific component of the Initiative has been assigned to and will be coordinated by the Cyprus Institute. The Cyprus Institute will coordinate the establishment of up to 12 Regional Task Forces that will focus on the areas presented on the screen.

These task forces will comprise of prominent scientists with expertise in the relevant topic.

The Task Forces will have the mandate to produce Thematic Reports that will contain recommendations for technologically matured and economically affordable solutions for addressing the impacts of climate change in different socioeconomic sectors. A more analytical presentation of the scientific component of the initiative will follow, by the President of the Cyprus Institute, Professor Costas Papanicolas.

The recommendations of the scientific community will be utilised by the Policy makers, through the Decision-Making Component of the Initiative. This phase will be coordinated by the Government of the Republic of Cyprus and will include a Ministerial Meeting that will provide the forum for discussing the development of the Regional Action Plan based on the findings and suggestions of the scientific Task Forces. The Action Plan will be adopted at a Leaders Summit on Climate Change, which is expected to take place in Cyprus, in summer 2021.

It is expected that the Action Plan will include Best Available Technologies, Practices and Innovation that could be implemented, for better fulfilment of the aim and objectives of the Paris Agreement.

The initiative of Cyprus on climate change has been extensively communicated and welcomed by the countries of the region and international organisations such as FAO, UfM and European Commission.

The President of the Republic of Cyprus informed the Heads of State of the countries of Eastern Mediterranean and Middle East about the scope and the expected outcomes and received a positive initial reaction.

This is in brief the initiative of Cyprus for Coordinating Climate Change Actions in the Eastern Mediterranean and Middle East. We look forward for your cooperation and support to implement the initiative and contribute towards a more sustainable region for us all and for future generations. 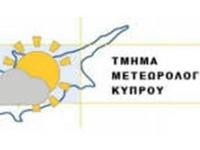