Recent News
Newsroom of the Press and Information Office will be closed on the 1st of October
High concentrations of dust in the air
Photo Album - The Minister of Education in a meeting with the President of the Union of Cyprus Communities and representatives of various mountain Communities
Average monthly earnings of employees: 2nd quarter 2020, annual change: 1,7%
Photo Album - Foreign Minister Christodoulides inaugurates an exhibition on the occasion of the anniversary of the birth of Mahatma Gandhi
Announcement of the Office of the Commissioner for Volunteerism and Non-Governmental Organizations on the World Heart Day
Statement by the Ministry of Foreign Affairs on the situation in Nagorno Karabakh
New Postal Agency at kiosk “Saint Panteleimon” at Meneou
Speech by the President of the Republic, Mr Nicos Anastasiades, at the General Debate of the 75th Session of the General Assembly of the United Nations
Census of Agriculture 2020

Because after the Government's decision to reopen all levels of education on May 21, there has been deep concern among citizens, parents, teachers and students, I would like to state the following:

a. In my April 29 address on the gradual lifting of restrictive measures, I had stated verbatim: “…the decisions regarding measures of the present phase or the second phase will depend entirely on the epidemiological indicators and the recommendations of the scientific team” and I added: “ Subject to the above, the measures decided…”

I repeated the above in eight other references in the same address.

b. In the field of education, in addition to the announcement of the return of graduating students to schools from May 11, I mentioned verbatim: “The Minister of Education, Culture, Sports and Youth will make the relevant announcement about all the other levels of education.”

c. Taking into account the prevailing epidemiological conditions, the recommendations of the scientific team, the time required for the preparation of schools, teachers, parents and all others involved, the Government decided to reopen all levels of education from 21 May, which marks the beginning of the second phase of lifting the restrictive measures.

I want to be clear: The necessary conditions for the implementation of the above decision, as well as all other measures that have been announced, remain the epidemiological situation, the final views of the scientific advisors and the strict observance of the protocols of health protection of teachers, children and those in their immediate environment.

d. The concerns expressed are entirely understandable, but they are not justified since everything, and I want to emphatically reiterate this, depends on the epidemiological conditions prevailing at the time of the implementation of the decision and always based on the scientific team's advice.

e. I would like to emphasize that the Government, and myself personally, will not allow the destruction of what contributed to the recorded successes, which were achieved with the timely decisions, your sacrifices, but also the climate of unity that prevailed.

I would like to stress once again that our priority has been and still remains to ensure the health, life and well-being of citizens.

The government will never be complicit in retrogression. 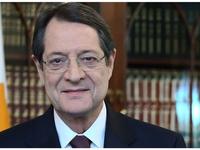 Statement by the President of the Republic Cyprus, Mr Nicos Anastasiades, at the High-level meeting to commemorate the 75th anniversary of the UN, in New York