Recent News
Announcement by the Ministry of Transport on the abolition of compulsory quarantine at hotels
New support measures for the Economy in the face of the COVID 19 pandemic consequences
High concentrations of dust are observed in the air today
Intra & Extra EU Trade Statistics (by commodity and country), January - February 2020
High concentrations of dust observed in the air
Statements by the Deputy Government Spokesman on the meeting of the PoR with the scientific team for combating the coronavirus
Harmonized Index of Consumer Prices (HICP): April 2020 Annual Rate of Change -1,2%
High concentrations of dust observed in the air
The President of the Republic has presided over a meeting of the Council of Ministers
Written statement by the President of the Republic Mr Nicos Anastasiades on the passing of Eugene Rossides 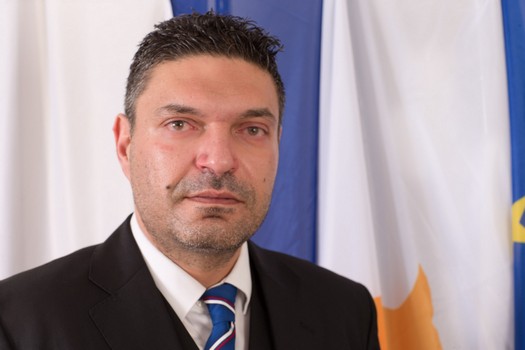 The Council of Ministers today decided the withdrawal of the bill entitled "Support for businesses and independent workers in accordance with the European Commission's provisional framework for state aid measures to support the economy during the current outbreak of COVID-19 disease.”

From the first day the bill was tabled the government has shown its readiness to find the necessary consensus for getting it through parliament. A long and extensive consultation took place in the context of the Parliamentary Finance Committee and the government accepted a very large number of changes on the bill notwithstanding its reservations.

To be specific, we accepted to reduce the total number of guarantees issued from €2bn to €1bn in spite of the fact that this deprived the market of a stronger support. At the same time, we took out of the support scheme the part that has to do with the interest guarantee. Secondly, we specified a sum of €300m as guarantee for the very small businesses and the self- employed, that is, for those who employ less than 10 persons. This provision had also been introduced on the demand by the parties as regards the Law and not the Decree alone.  A redistribution of the whole amount was made concerning the guarantees and a maximum limit of €200m for the very big enterprises was set, even though they employ the largest number of the workforce. .

We introduced the provision on the amount of guarantees in the Act instead of the Decree with a coverage percentage of 70%-30%. We increased the state guarantee for the very small businesses and the self-employed from 70% to 85%. This provision was also stipulated in the Act.  We introduced a provision in the Decree to the effect that the businesses participating in the State Support Scheme should furnish a confirmation that any outstanding obligations to the Republic of Cyprus, that is, the Tax Registrar or the Social Security Services have been settled or are in the process of being settled.

We made a provision to the Law that the Parliamentary Finance Committee be updated every three months on the implementation of the Law with the corresponding parliamentary control.  The amount of the loan concerning labour cost was reduced in the Decree from the double labour cost that the top limit had been set for the loan amount to the annual labour cost. The government held reservations also about this provision, as it essentially lowered the loan amount for companies with large personnel.  However, we accepted it for the sake of consensus.

We included in the Law a provision whereby companies and self-employed persons are obliged to mortgage as loan collateral any other non-mortgaged real property or other property assets they may possess and that the granting of non-guaranteed loans is only possible in those cases where the self-employed and the companies do not possess non-mortgaged real estate or other evidentiary property assets for full guarantee of the new loans. Here too the government would have like to be more flexible but we accepted it for the sake of consensus.

We accepted the imposition of sanctions and it was added to the Law that besides the credit institutions it would concern the loan beneficiaries as well. We also added the lump sum state aid. You realise then that these are only some of the changes that were made all this time so that we might succeed to find that parliamentary majority needed to get the bill through. Unfortunately, despite the whole effort there are still significant divergences with the parties while new amendments are cropping up all the time, which either change the philosophy of the scheme or are clearly outside the European support framework that affords us the possibility to forge such schemes.

I would like to assure that these disagreements are fully respected but unfortunately the amendments proposed render the scheme non-viable and inapplicable.  Moreover, this scheme which has to do with the use of a simple financial tool for the benefit of the economy, has become an issue of political confrontation, which is particularly harmful for the country and the economy during this very difficult period.

I would like to assure the working people, the small-and-medium businesses and the wider business community that the government will continue to support them by all available means, so that they might be able to face the crisis effectively.

Following the withdrawal of this bill and this tool, the Government will next week announce policies and measures across a comprehensive spectrum for the support of the small-and-medium size companies, positions of employment and the wider business community.

Passengers survey was not conducted in April 2020