Recent News
Government Employment by category: July 2020 (Total Employment: 52.865)
First Shipment of Humanitarian Aid to Lebanon
Amendment of the Agreement for the Avoidance of Double Taxation between the Republic of Cyprus and the Russian Federation
Foreign Trade Statistics
Registration of Motor Vehicles for January-July 2020
Intervention by the President of the Republic Mr Nicos Anastasiades at the international teleconference on providing assistance and support to the Lebanese people
The President of the Republic signed the Book of Condolences for the devastating explosion in Lebanon
Operation of the Pancyprian Humanitarian Assistance Management Centre on Saturday
Maintenance works at the early Christian Basilica of Chrysopolitissa at the archaeological site of Kato Pafos
Statement by the Foreign Affairs Minister, Mr Nikos Christodoulides, on the occasion of the visit by the Foreign Affairs Minister of Saudi Arabia, Prince Faisal bin Farhan Al Saud 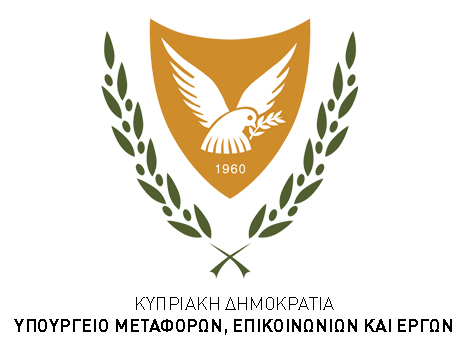 Statements by the Minister of Transport, Communications and Works, Yiannis Karousos, following the Meeting of the Council of Ministers

The Minister of Transport, Communications and Works, Yiannis Karousos, said after today’s meeting of the Council of Ministers that the Council of Ministers has approved a new Incentives Scheme for the airline companies. The Scheme aims at reestablishing without delay the air connection of Cyprus with abroad, revitalizing air passenger traffic and reducing the risk of airline companies, which plan to operate flights in the coming months.

Mr. Karousos also pointed out that “we anticipate that passenger traffic will reach 37,000 passengers in June, 196,000 in July, 460,000 in August, 634,000 in September, 693,000 in October, 388,000 in November and 334,000 passengers in December. Already, 20 airline companies have said that they plan to operate flights to Cyprus. We estimate that in the coming days this number will increase to 40 airline companies with a further increase as of the middle of July.”

Registration of Motor Vehicles for January-July 2020

Applicable measures for passengers coming from each country category