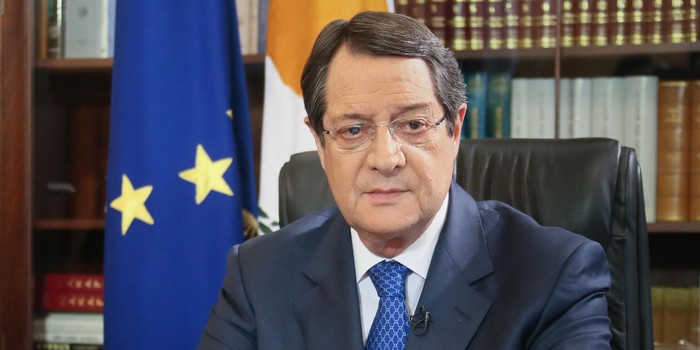 I address myself to you today on the occasion of the completion of 60 years since the declaration and the establishment of the Republic of Cyprus, conveying to you the feelings of appreciation, respect and pride for all the things we have through perseverance and hard work which distinguish our people, collectively achieved over such a long period of time.

It is also with feelings of appreciation and respect that we pay tribute to those who sacrificed themselves or fought to rid our country of the colonial yoke, at the same time expressing the gratitude of the State to those who thereafter defended democracy and the territorial sovereignty and integrity of our country against the insidious designs of Turkey.

At the same time, we assure the relatives of our missing persons that we shall continue through further intensification our efforts to trace their whereabouts to the last.

From 1974 onwards we are going through an unacceptable situation, with the violent displacement of 40 per cent of our people, the ongoing military occupation of 37% of the territory of the Republic of Cyprus and the alteration of the island’s demographic character through the systematic transplant of settlers in our occupied territory.

In this context, both myself and my predecessors became constructively involved in every negotiating process, on the basis of agreements for the time being between the leaders of the two communities and the decision and resolutions of the United Nations and the Security Council, not forgetting the principles and values of the EU of which we are a full member-state.

Unfortunately, in spite of our own determination and sincere will, the intransigent attitude, irrational demands and claims of Turkey did not allow for a functional, viable and permanent solution of the Cyprus problem to be achieved.

A solution that would have led us to a really sovereign, independent and European State, far removed from the anachronistic guarantees, the presence of foreign troops or any dependence on third parties.

This year’s 60th anniversary of the declaration of the Republic of Cyprus finds our country facing new challenges due to the continuing unlawful Turkish actions, either by invading the Exclusive Economic Zone of the RoC or by threatening to open Famagusta to illegal settlement.

Such actions are contrary to international law, the relevant Resolutions of the United Nations Security Council and the UN Law of the Sea.

Unfortunately, despite the condemnation of Turkey by the United Nations, the European Union and the international community at large, Turkey persists with its illegal and unilateral actions.

The latest example has to do with the renewal of the two NAVTEX concerning the carrying out of drillings and seismic investigations.

This renewal occurred in the midst of efforts for de-escalation of the tense situation in the Eastern Mediterranean and only a few days before the crucial Meeting of the European Council, at which both the whole range of the relations between the Union and Turkey and the continuing violations of the Law of the Sea in the Eastern Mediterranean are going to be discussed.

The Summit Meeting of the European Council coincides with the day we celebrate the independence of Cyprus and its deliverance from the colonial yoke.

As leader of the Republic of Cyprus I have no other choice but to defend what the Cypriot people succeeded in delivering to us and rescuing for us through blood and sacrifice.

And I am not casually saying this, for sadly, before the leaders of the European states there will be a letter by the Turkish President in which, with extreme audacity, he claims that the Republic of Cyprus is extinct, since it has been dissolved.

And I want to be perfectly clear about what by right I shall ask of our European partners.

The principles and values of the European Union do not allow either for relaxations or reductions vis a vis a country which is a candidate member of the Union.

(a)    Disregards the sum total of its obligations towards a member-state.

(b)   Has been repeatedly condemned by a heap of United Nations and Security Council Resolutions, as well as rulings of the European Court of Human Rights, for its actions contrary to international law.

A country that glaringly violates the human rights of its citizens, as the European Commission finds in its 2019 report where, amongst other, it refers to the curtailment of civic and civil rights, arbitrary persecutions of citizens, dismissal of thousands of public servants, jurists, academics and activists, restriction of freedom of expression, even bias of the justice system.

At the same time, I consider it my duty to recall the repeatedly relevant decisions of the European Council itself, which unanimously condemned Turkey while also warning it with the taking of measures against it if it continued its unlawful actions at the expense of member states of the Union.

I wish to express warm thanks to all the member states of the European Union for their strong support and solidarity against the Turkish provocations.

At the same time, what I expect from the European Union Summit is a more active and effective attitude so as to put a stop to gun-boat diplomacy and let dialogue or referral to the international court succeed the crisis, based always on international law and the Law of the Sea.

The above not only does not refute our expressed adherence to the resumption of the negotiating process but to the contrary will help the conduct of constructive and in good faith negotiations, away from any threats and bullying.

Today’s anniversary gives me the opportunity to address our Turkish Cypriot compatriots as well, assuring them that we understand their sensitivities; yet at the same time I want to make it clear that we do not overlook the concerns of the Greek Cypriots.

The total of the Cyprus population has the right to live in harmony and jointly create conditions of stability and peace, security, prosperity and progress.

In order to achieve this, we have to understand that our country is an independent and sovereign state, member of the European Union, and that we do not have theluxury, for the sake of the ambitions of third parties, to drag ourselves into a solution that will not be functional and viable, disregarding the rights of its own legitimate inhabitants.

I wish to assure you that in parallel with the efforts we are making to address the national challenges, we do not fail to work untiringly to create conditions of prosperity for all.

And I want with particular satisfaction to welcome the fact that, notwithstanding any ideological differences that may divide us, the cooperation of the political parties has been decisive in crucial hours.

Your contribution has also been decisive through the sacrifices, strength and prudence you have shown in facing the pandemic, which has struck at the whole of humanity.

And while I am referring to the pandemic, I would like with an intense feeling of responsibility to call on everybody to realize that we have won a battle but not the war.

The virus is still among us, posing visible dangers as I said in the past.

The last resurgence of the outbreaks does not allow for any complaisance.

I therefore make a strong appeal for you to strictly observe the hygiene measures for both the protection of ourselves and of our loved ones.

With a sensible fiscal policy we have managed to deal so far to a satisfactory degree with the consequences of the pandemic.

I want to point out that on account of the pandemic the world economy is going through an unprecedented crisis.

It is a crisis that does not leave Cyprus unscathed.

For this reason, apart from dear life itself which must be everybody’s priority, the dangers from an uncontrolled spread of the virus will have a negative impact on the living conditions and the prosperity of all.

The course of the Cyprus state up until today, notwithstanding any persisting mistakes, omissions and shortcomings, has allowed and still allows us to feel proud of our achievements.

However, we can do better and deserve more.

Our joining the European Union has helped in the modernization to a great extent of the structures of the Republic of Cyprus.

Nevertheless, we must acknowledge that more important reforms are yet required in order to achieve what we owe to the European citizens of Cyprus.

And I am referring to a series of reformative actions which on the one hand will change mentalities, but more important, on the other, they will improve further the quality of citizen’s lives.

I am more specifically referring to reforms that have to do with:

to mention only a few.

In order to succeed, all political forces are required to excel themselves.

It will be an excelling endeavour that will not benefit the serving Government but the people as a whole.

It is a creation and the property of the Cypriot people.

For this reason, all those of us who are active in politics, regardless of any party we may belong to, owe a debt for the good of the people as a whole and not to the benefit of parties.

With absolute respect to the inalienable right of public scrutiny and the right to point out mistakes to the Government of the time, what comes first is the collective responsibility for problem management, with the aim of making the most of the prospects the people demand and to which they are entitled.

I am absolutely certain that through good cooperation with the political parties, the social partners and the will of the Cypriot people, we shall persevere both in the existing challenges and those that loom ahead.

Read the President of the Republic address to the nation in Turkish here. 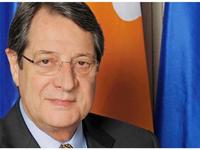