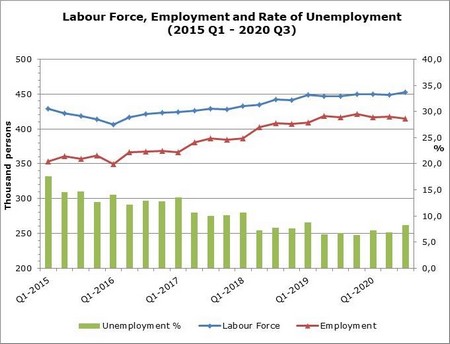 Employed - Persons aged 15 years and over who during the reference week worked for at least one hour, as well as persons who had a job but were temporarily absent from work.