Recent News
Cyprus Shipping Deputy Ministry offers environmental incentives to support ship owners on pathway to decarbonisation
Reminder for the payment of rent for P.O. Boxes
Revised procedure for arranging vaccination appointments for COVID-19
The Minister of Foreign Affairs pays a working visit to the United Arab Emirates
Registration of motor vehicles from the UK
Price Index of Construction Materials: December 2020 (Annual Change +1,26%)
Tourist Arrivals: December 2020
Enhancing cooperation between Cyprus and Israel in the fields of innovation and entrepreneurship
Photo Album - The President of the Republic receives the President of the Movement of Social Democrats EDEK and the President of DISY
Photo Album - The President of the Republic receives the second dose of the COVID-19 vaccine 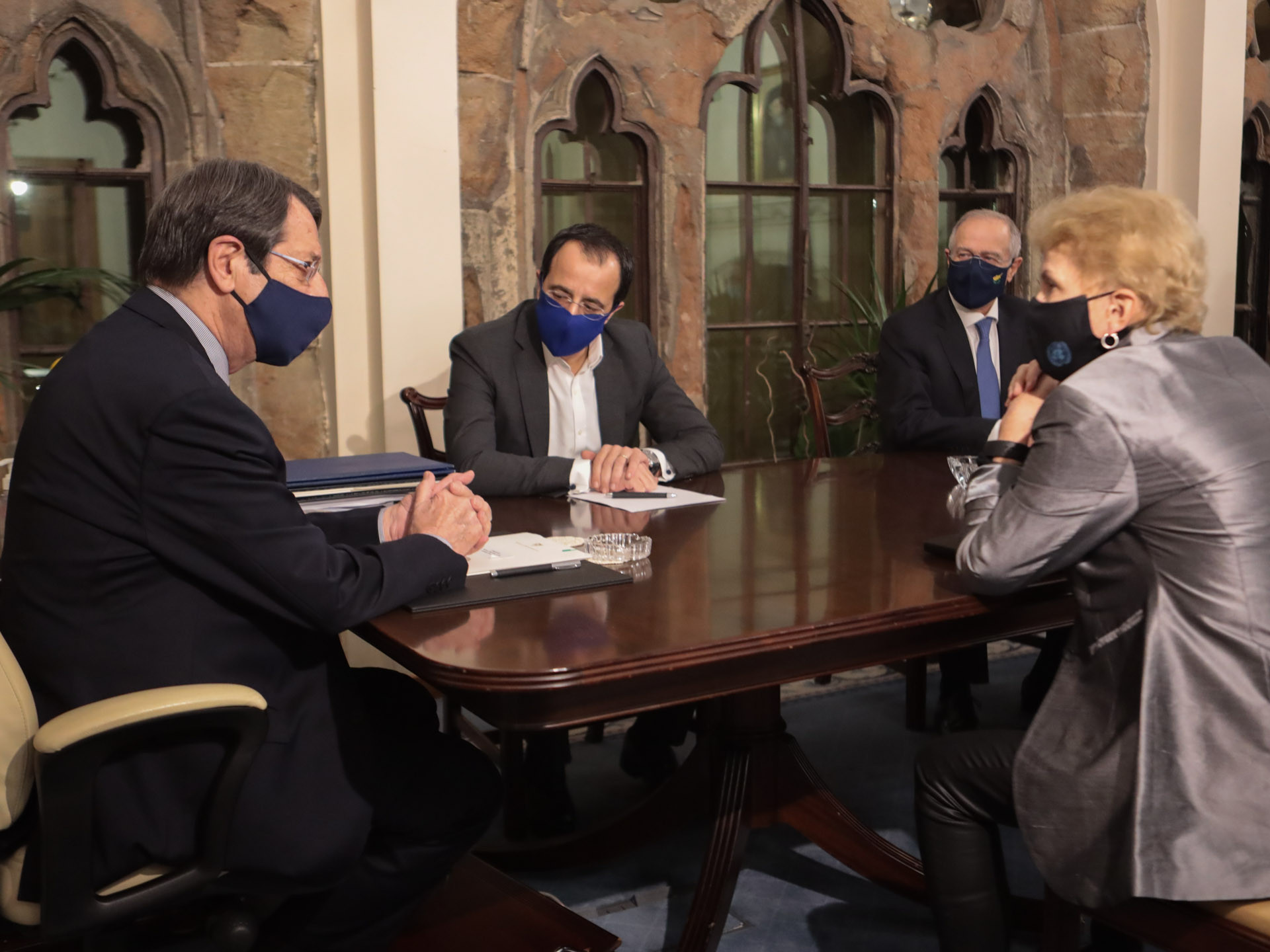 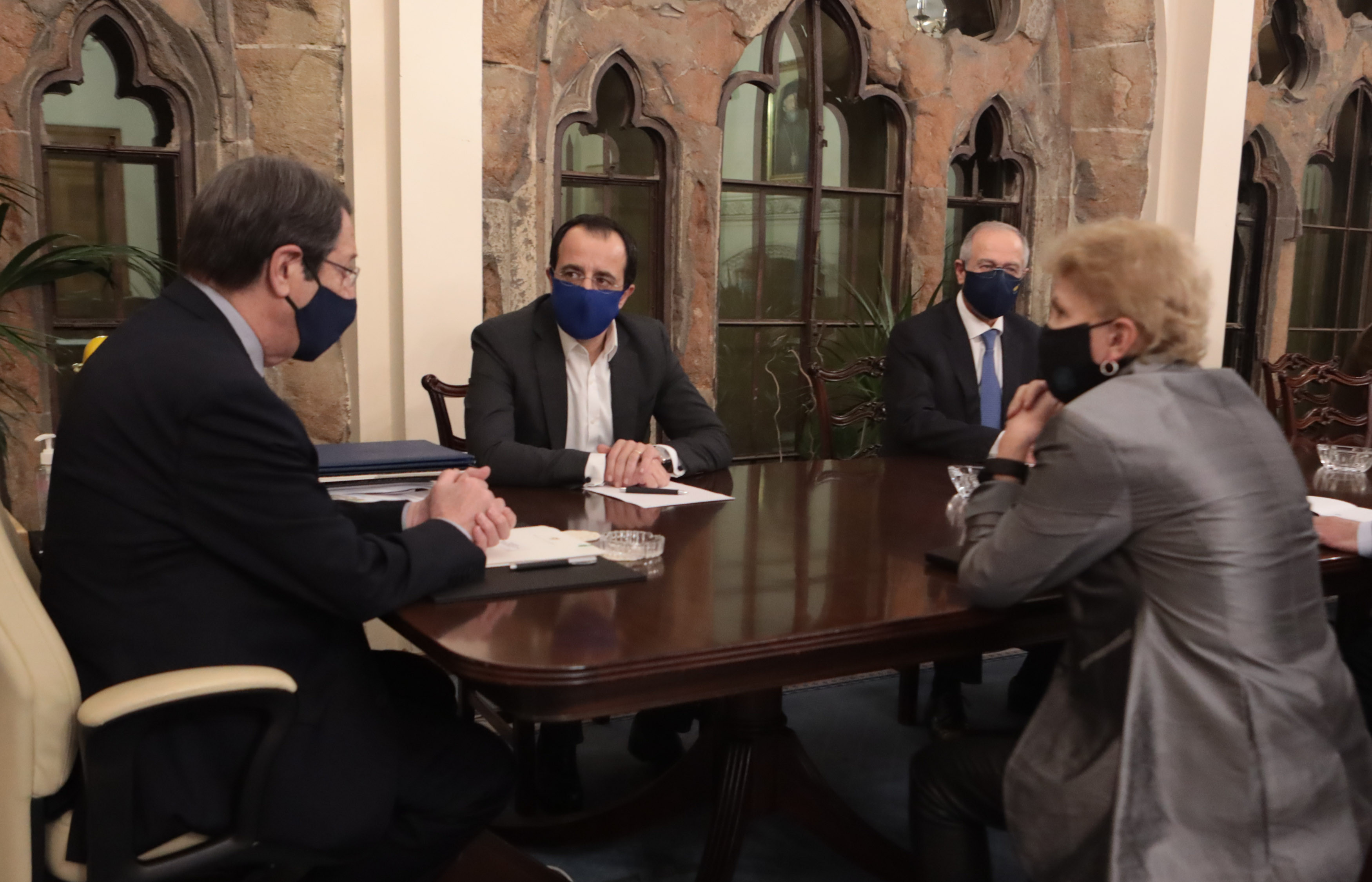 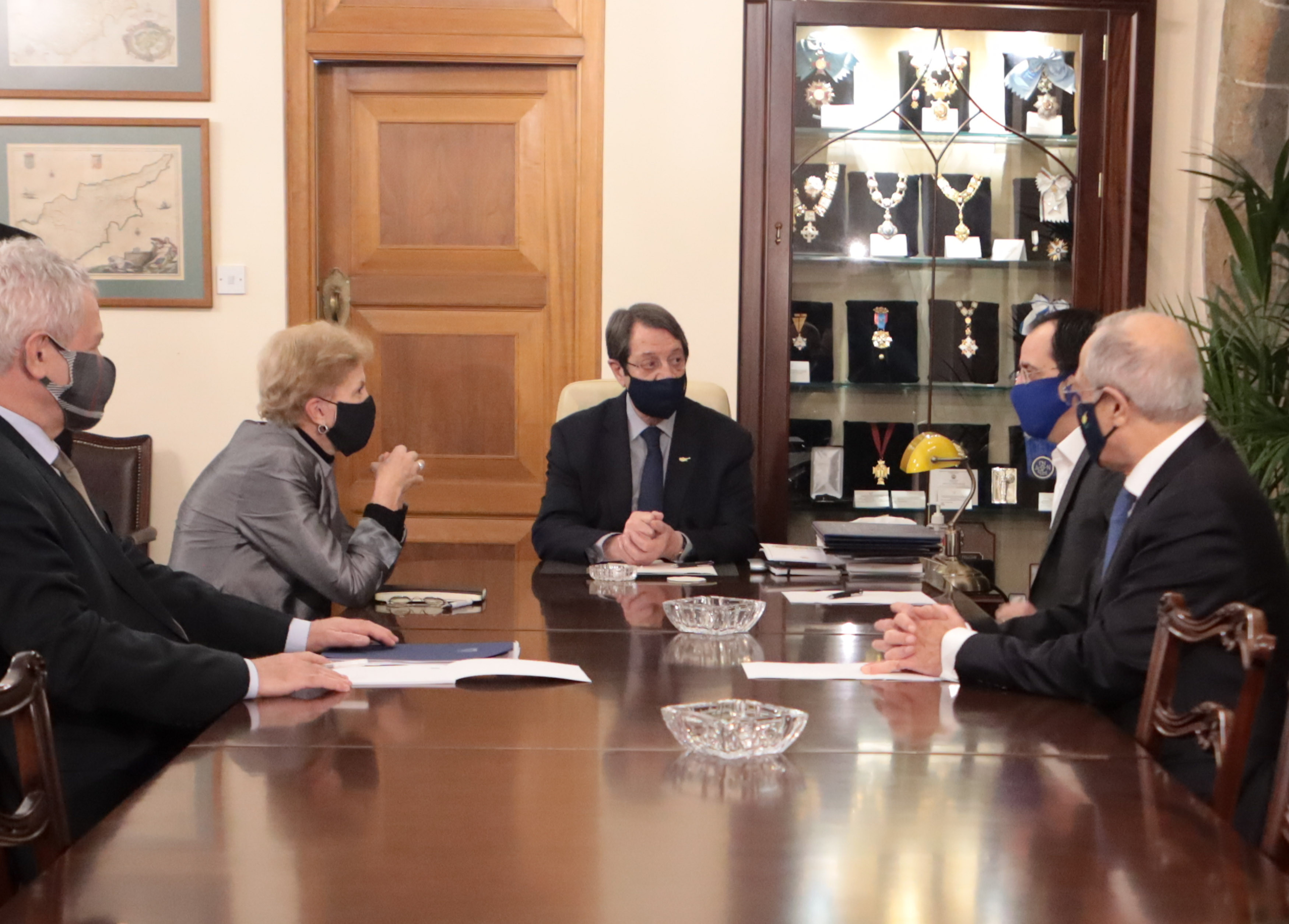 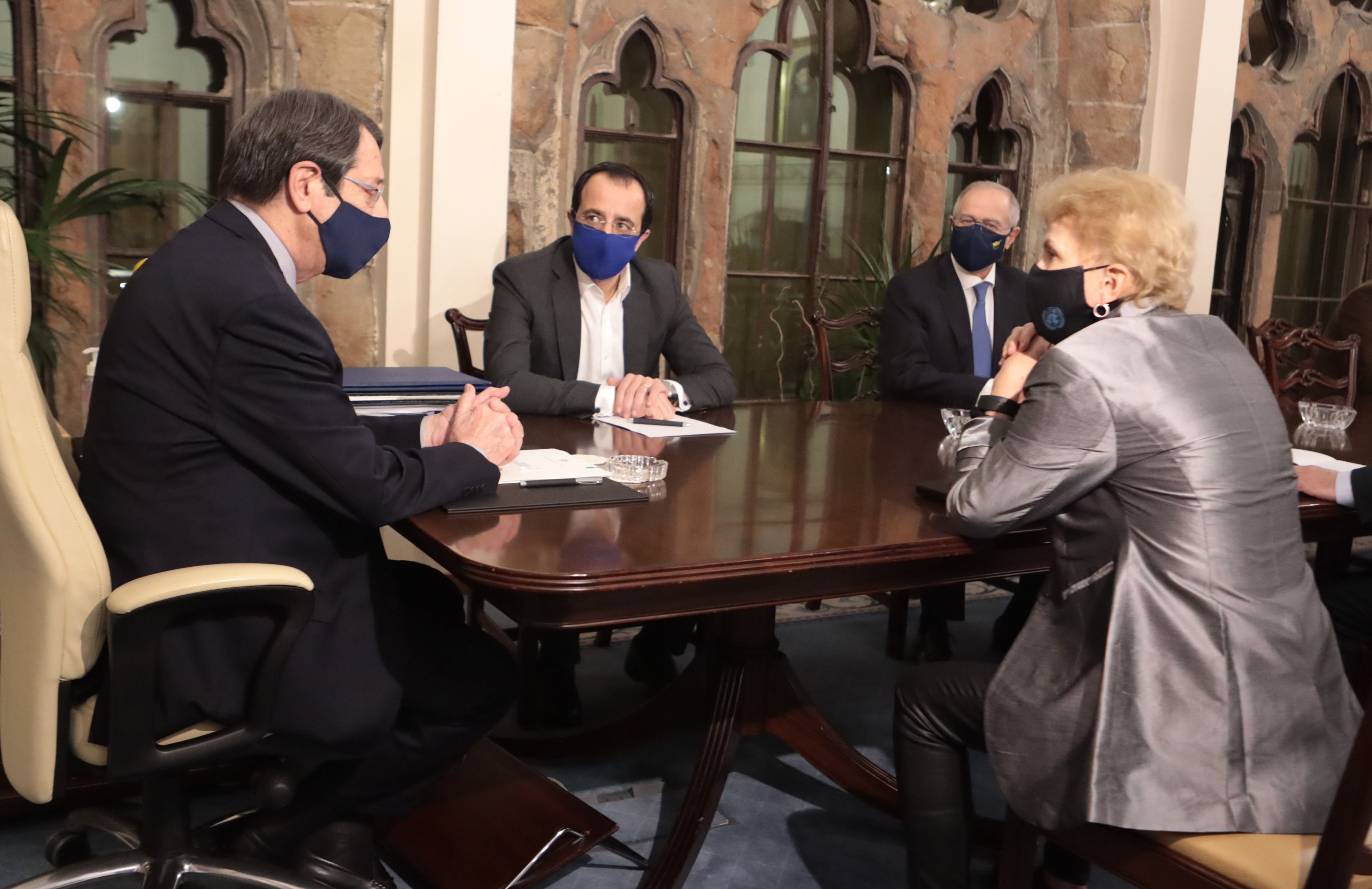 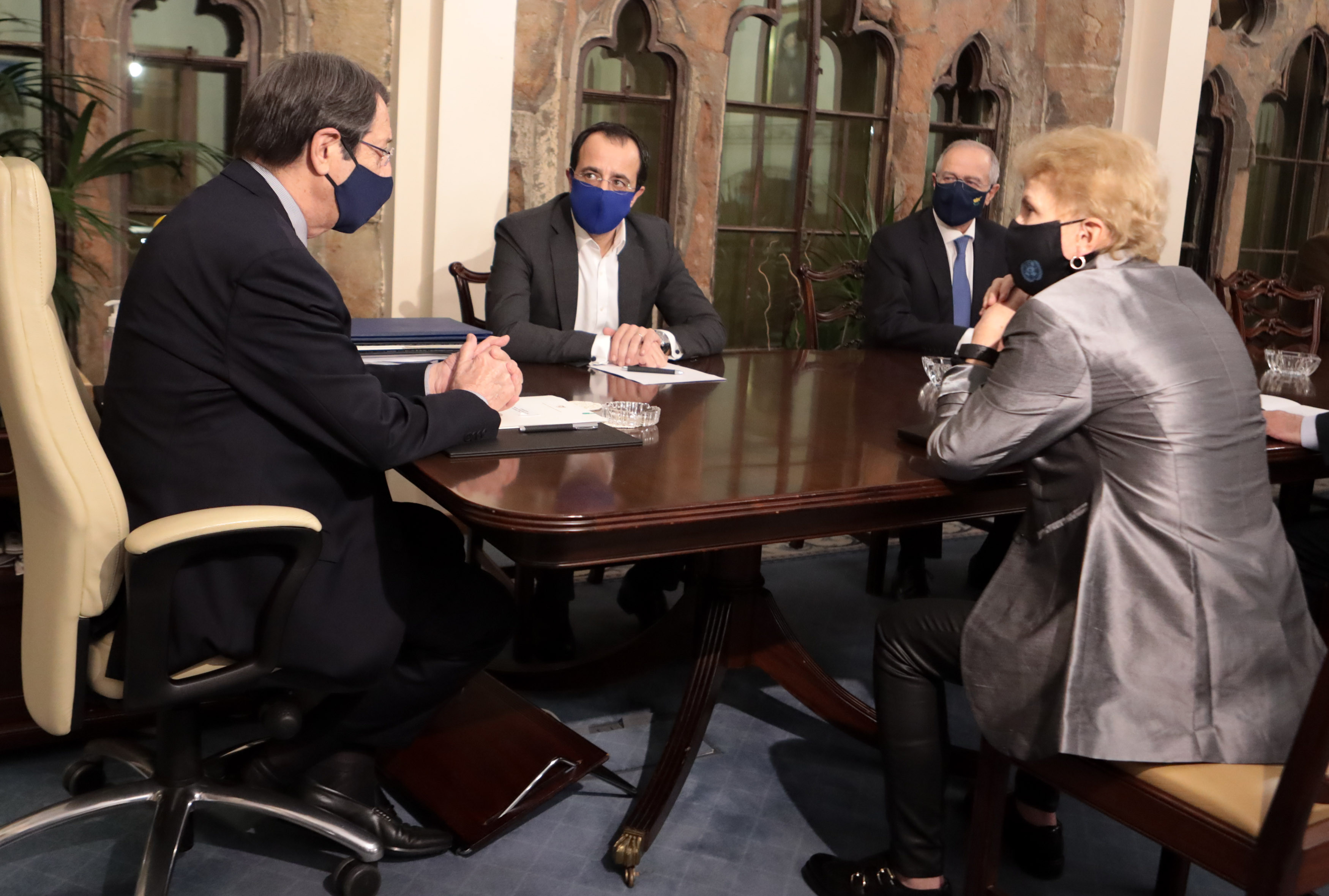 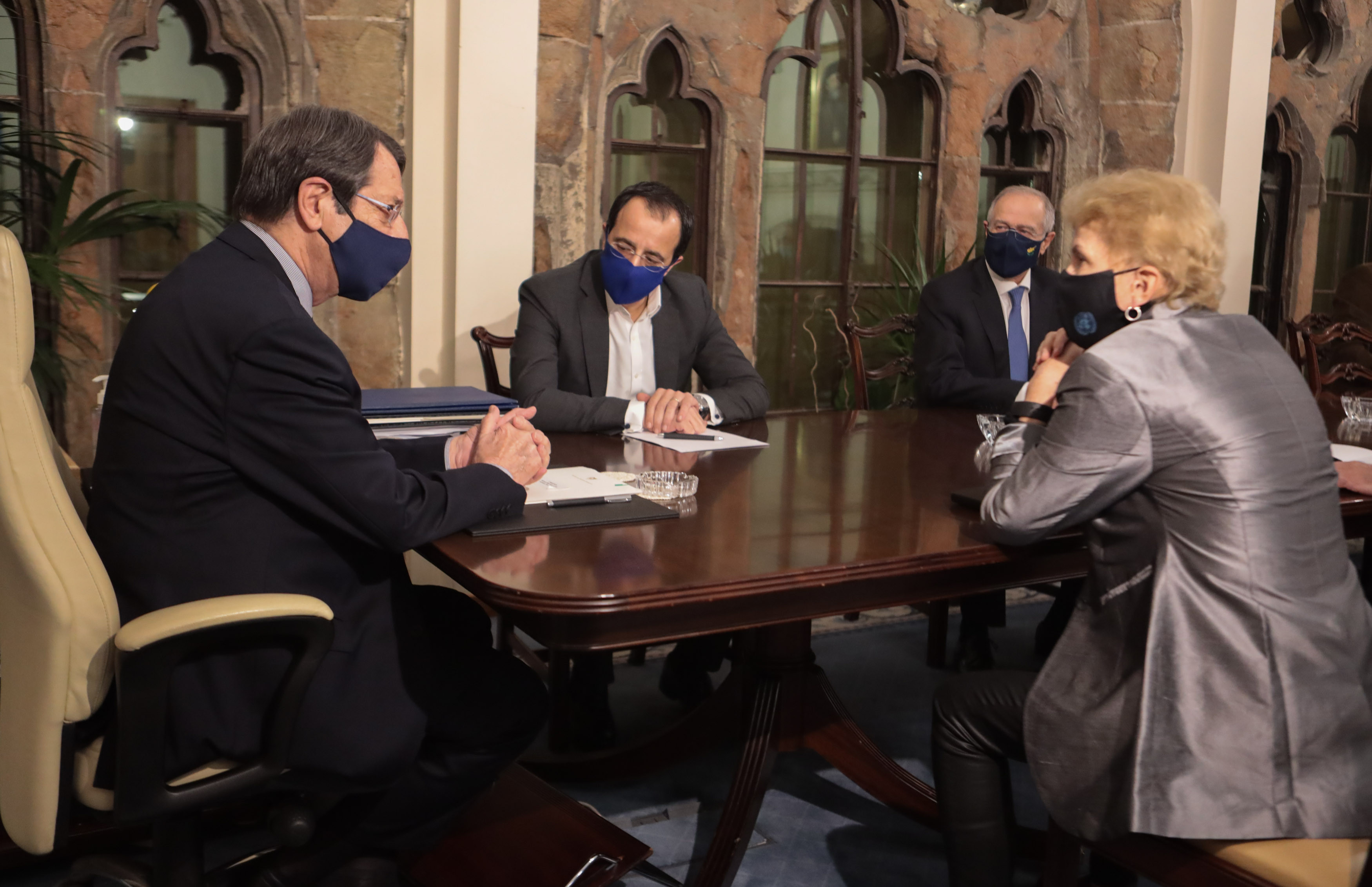 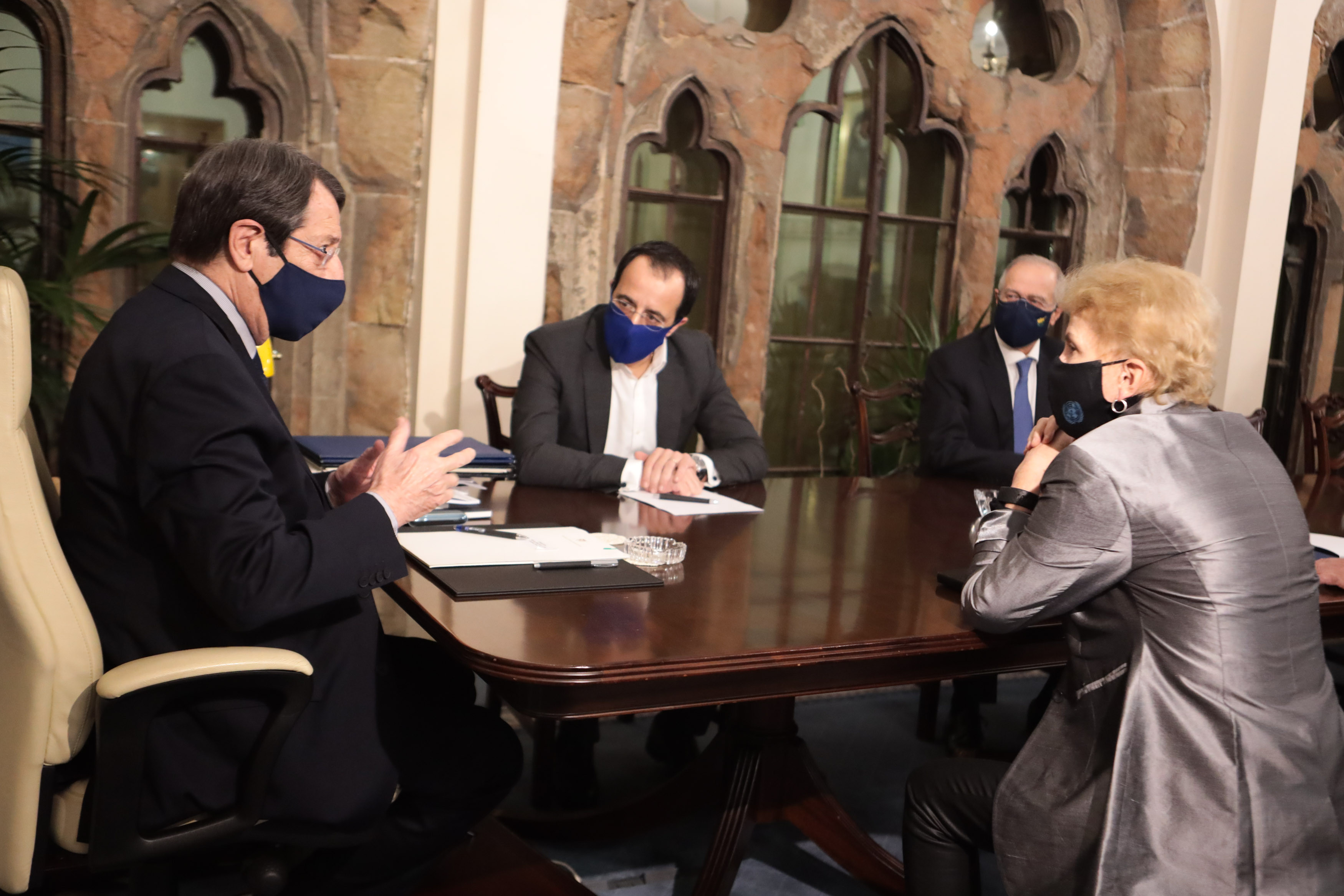 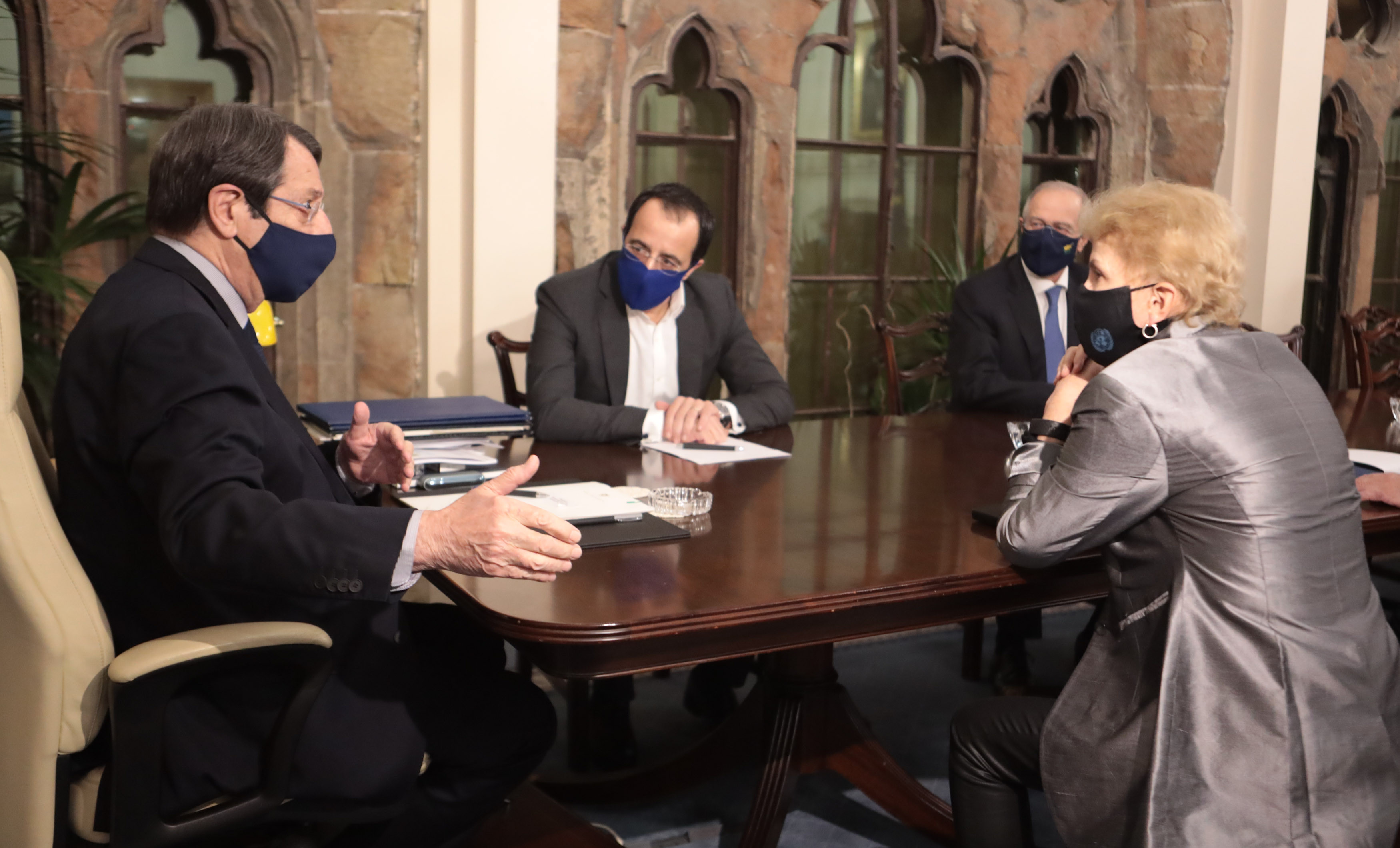 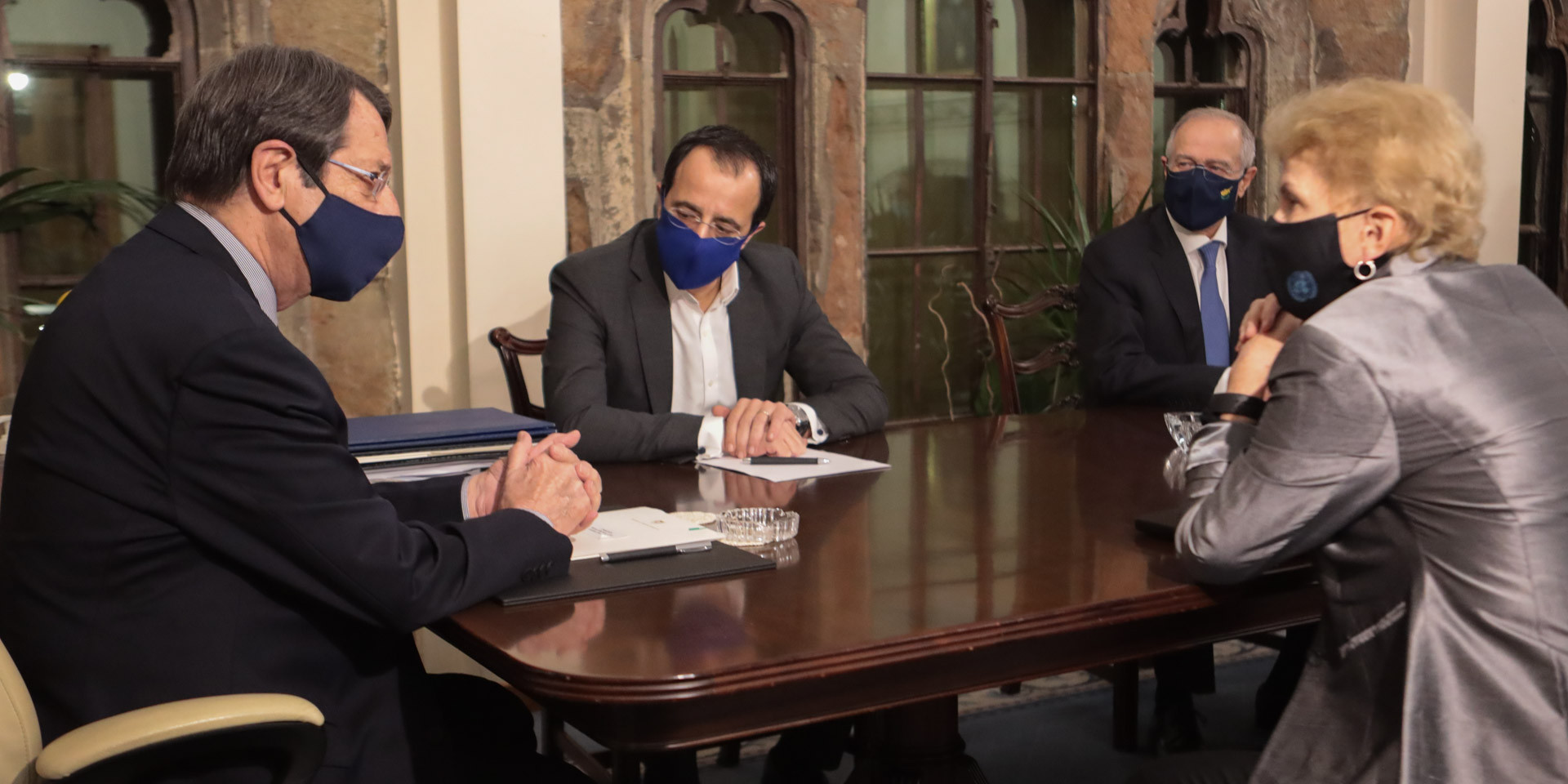 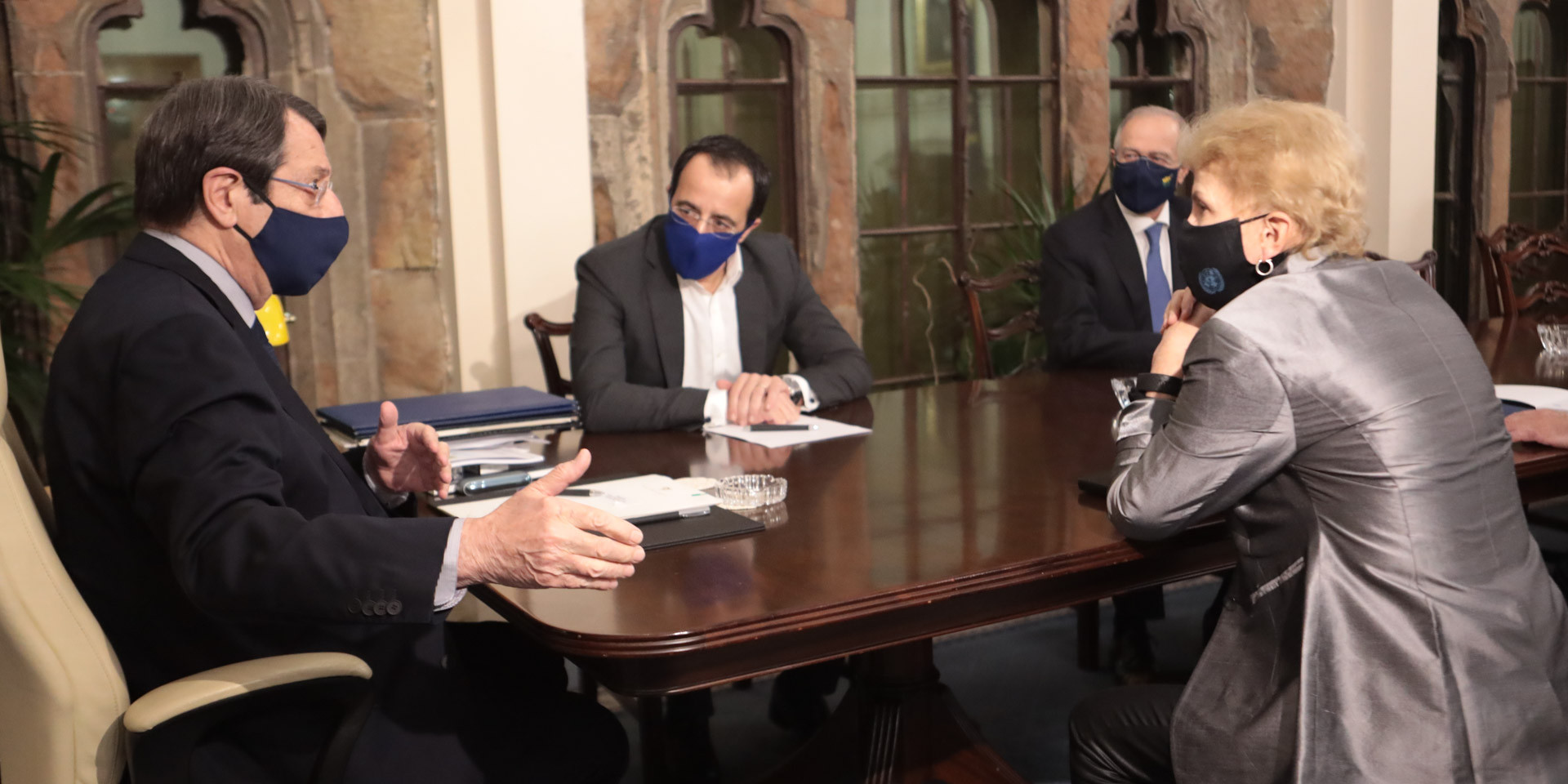 After the meeting, the Government Spokesman Mr Kyriakos Kousios said that during the meeting «the President of the Republic informed Mrs Lute on the readiness and determination of our side to participate in an informal Conference that the UN Secretary General will convene in the framework of his mandate as it is set out by the UN Security Council.

The President of the Republic also reiterated and confirmed the positions of our side for the solution of the Cyprus problem and expressed our readiness to continue the talks from the point where they broke off at Crans Montana.

Mrs Lute will continue her contacts with the other parties involved and will subsequently brief the UN Secretary General accordingly».