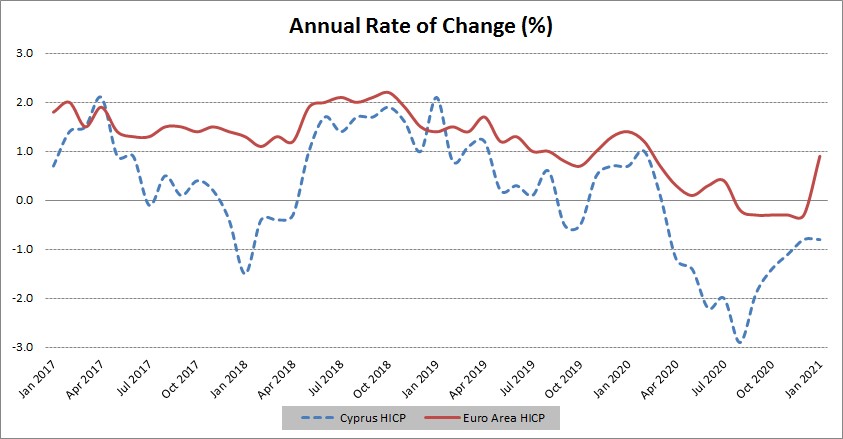 The implementation of precautionary measures and relevant decrees to address the negative consequences of COVID-19 disease had a direct impact on the price collection process of certain goods/services for the month of January 2021. As the problems anticipated were common to all Member States of the European Union they were tackled by applying the same methodologies under the supervision and guidance of the European Statistical Office (Eurostat).

The weights of goods and services in the HICP basket have been reviewed and adjusted to be representative for expenditures shares of 2020. The weights are kept constant throughout the year.