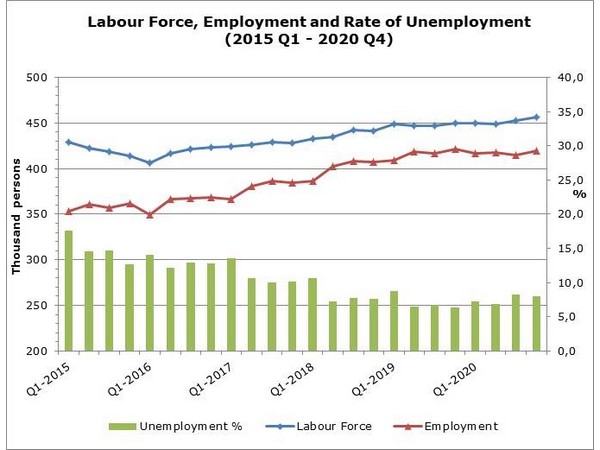 Employed- Persons aged 15 years and over who during the reference week worked for at least one hour, as well as persons who had a job but were temporarily absent from work.

• They had actively sought for work, i.e. had taken specific steps during the previous 4 weeks to find work

• Persons who neither worked nor had a job from which they were temporarily absent, but found a job which will start within a period of at most 3 months