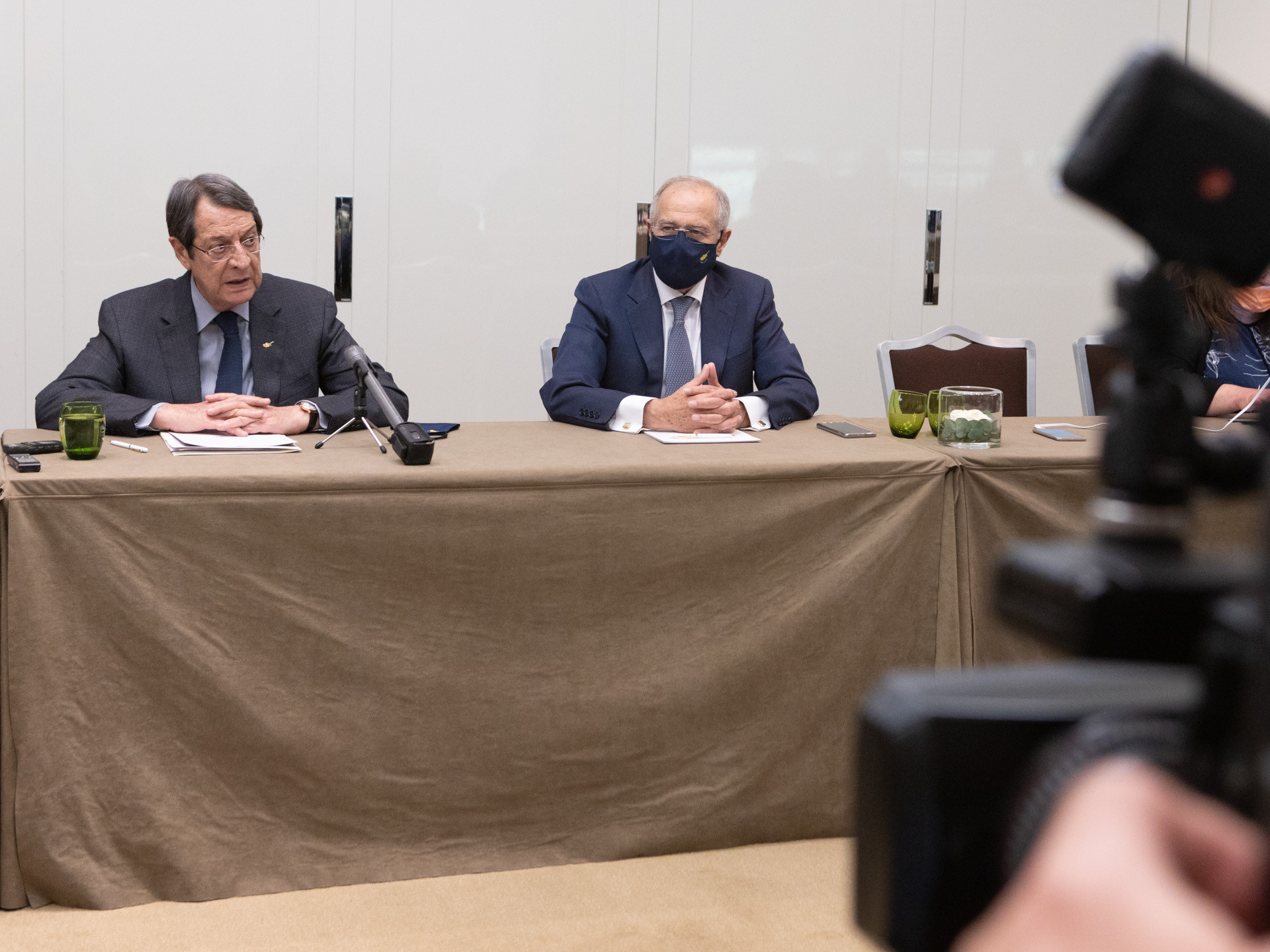 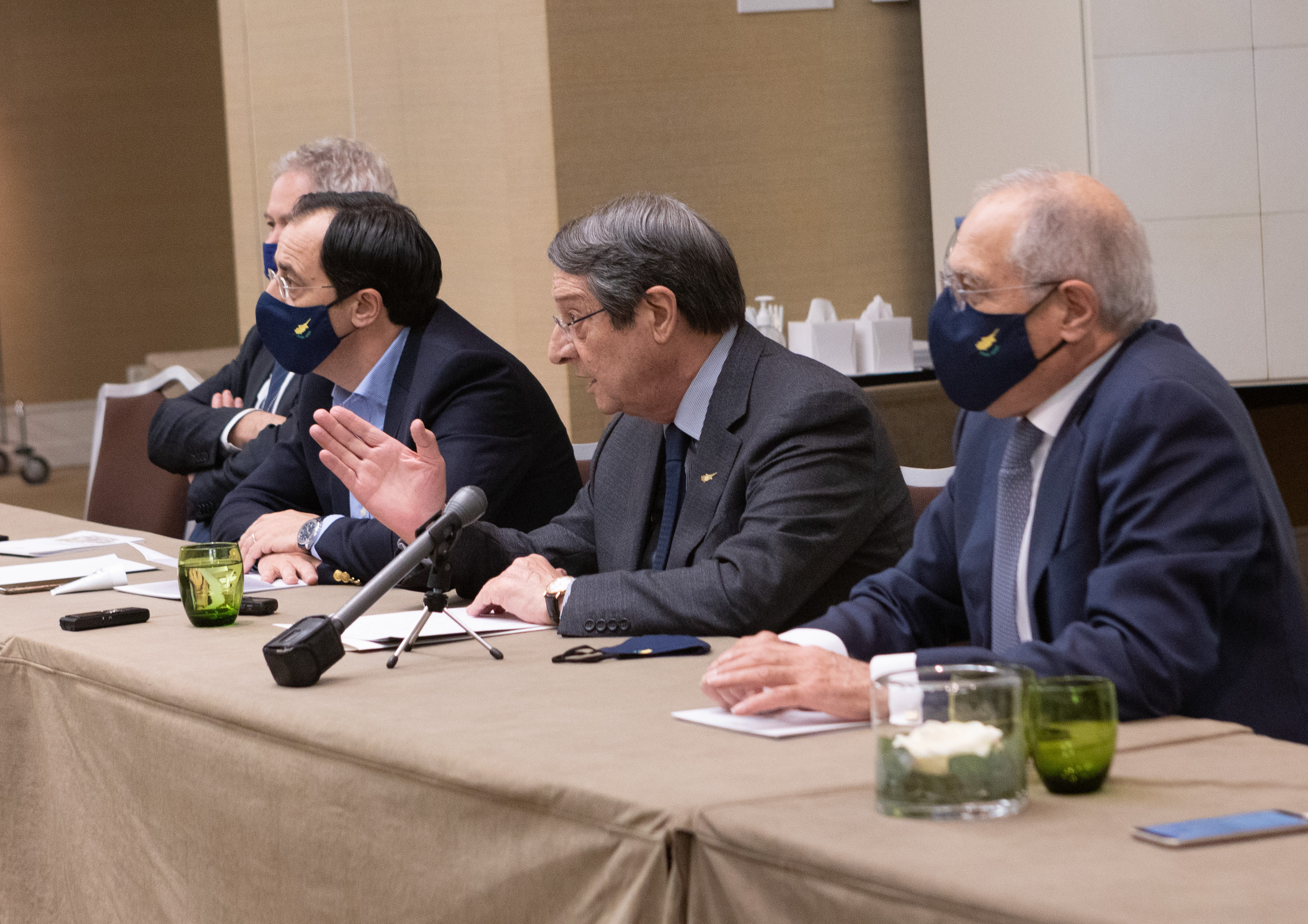 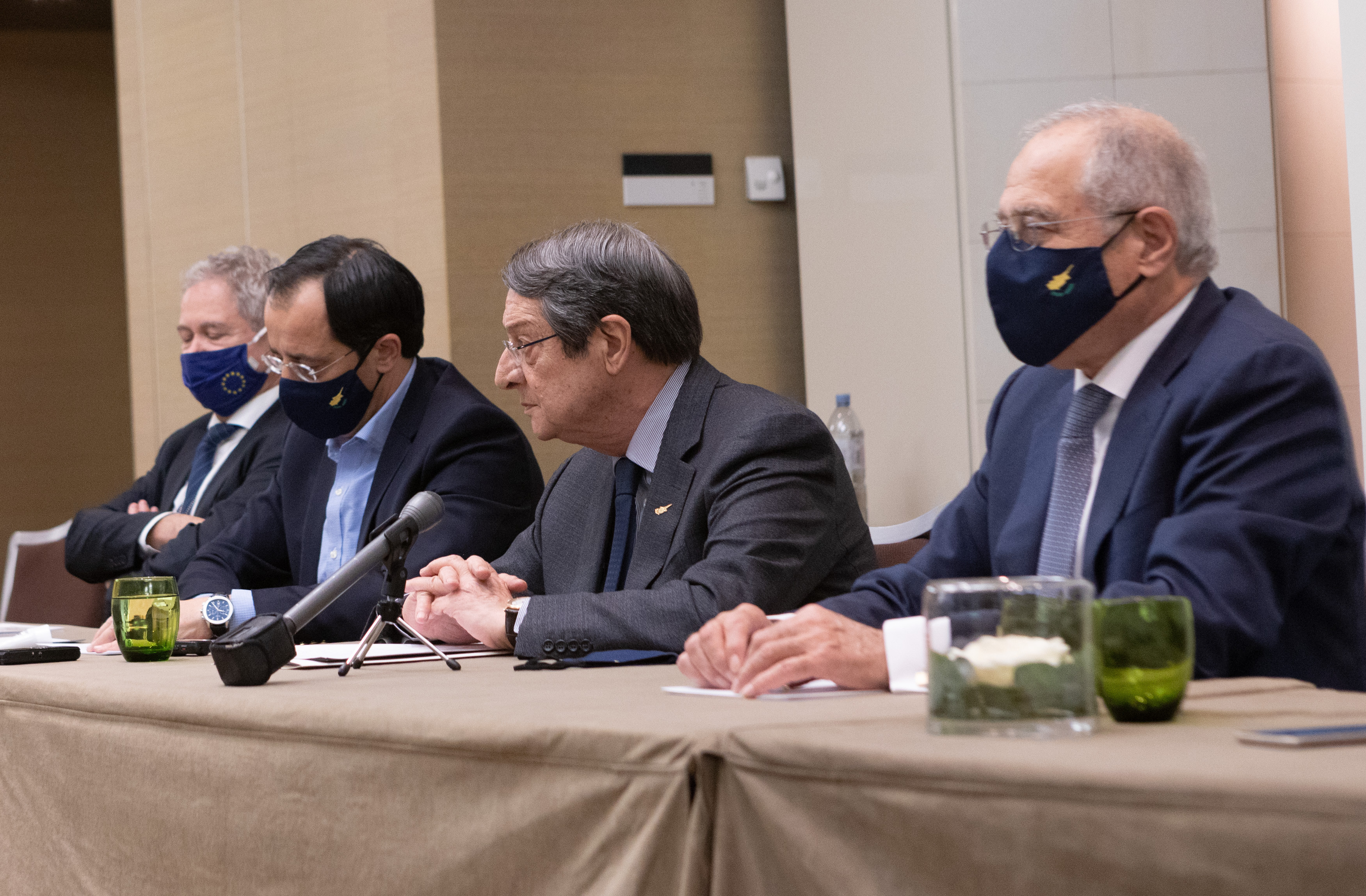 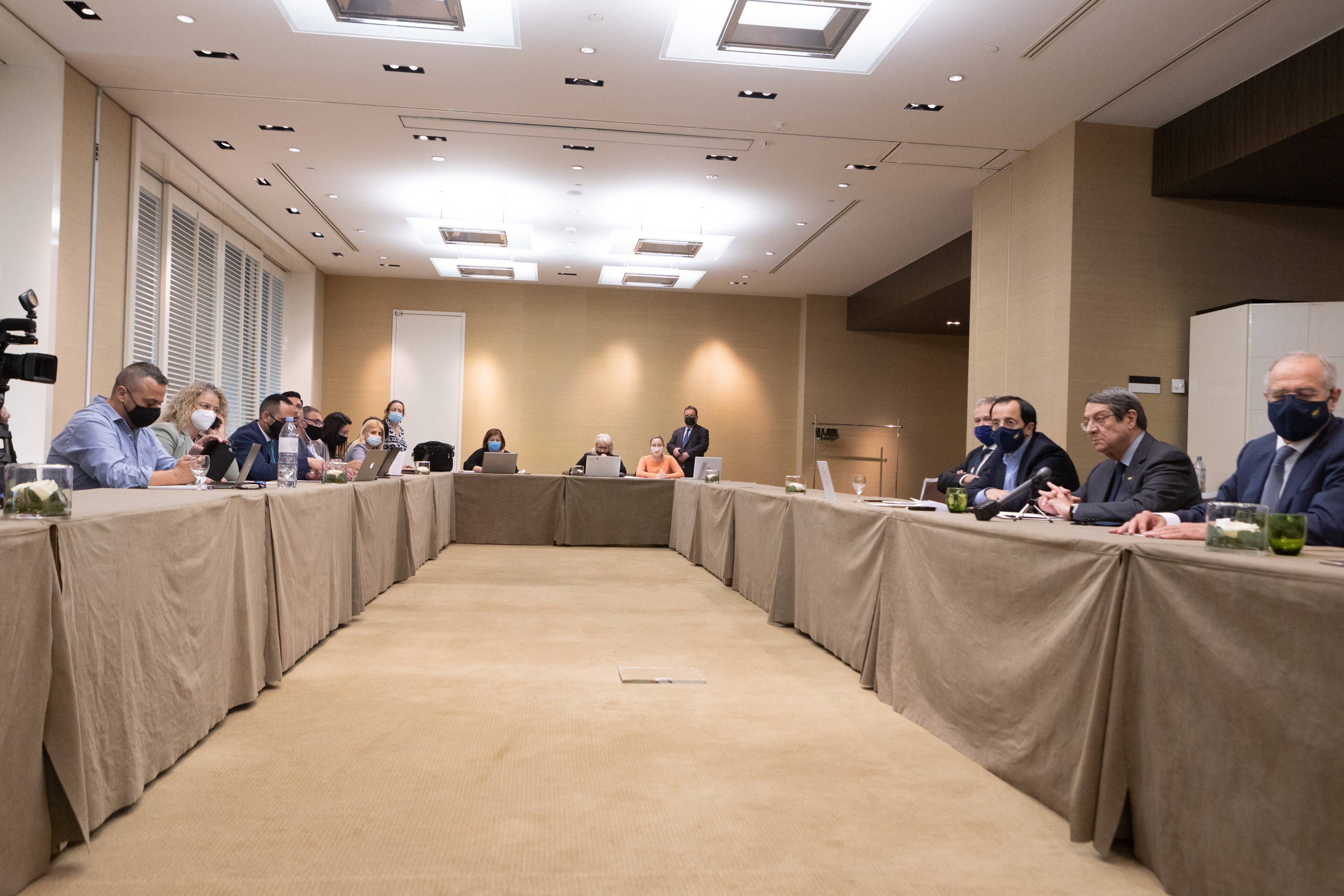 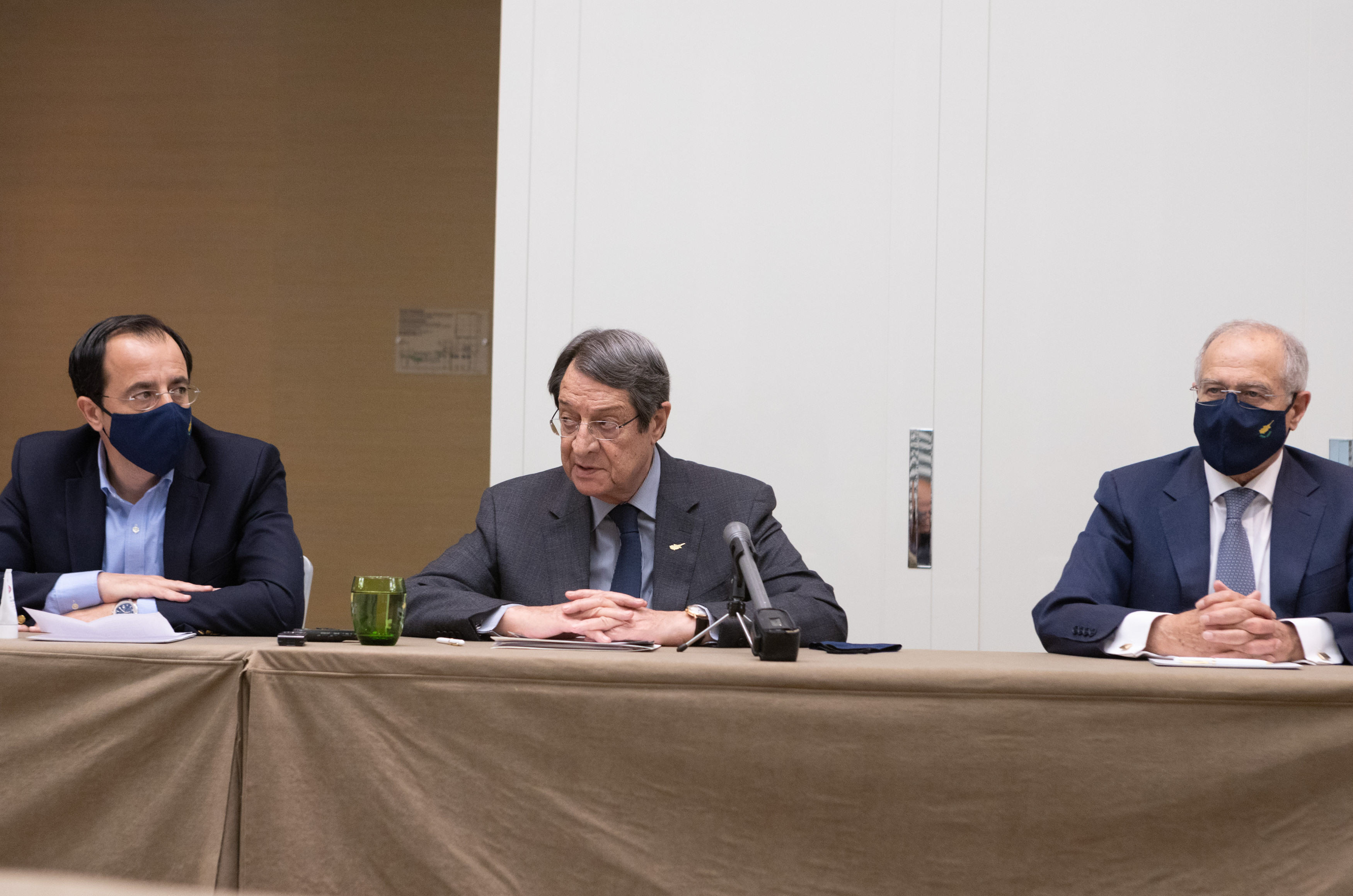 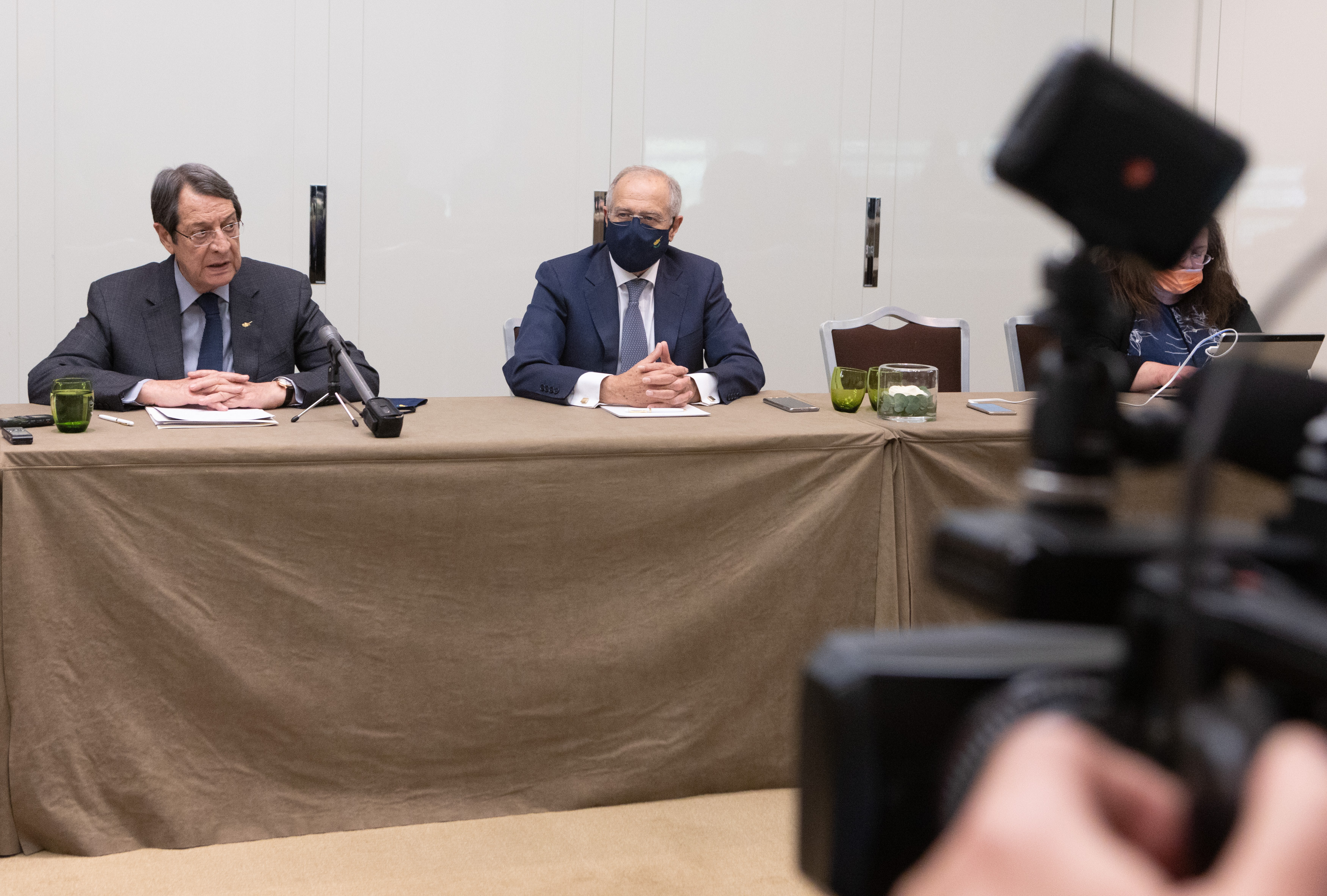 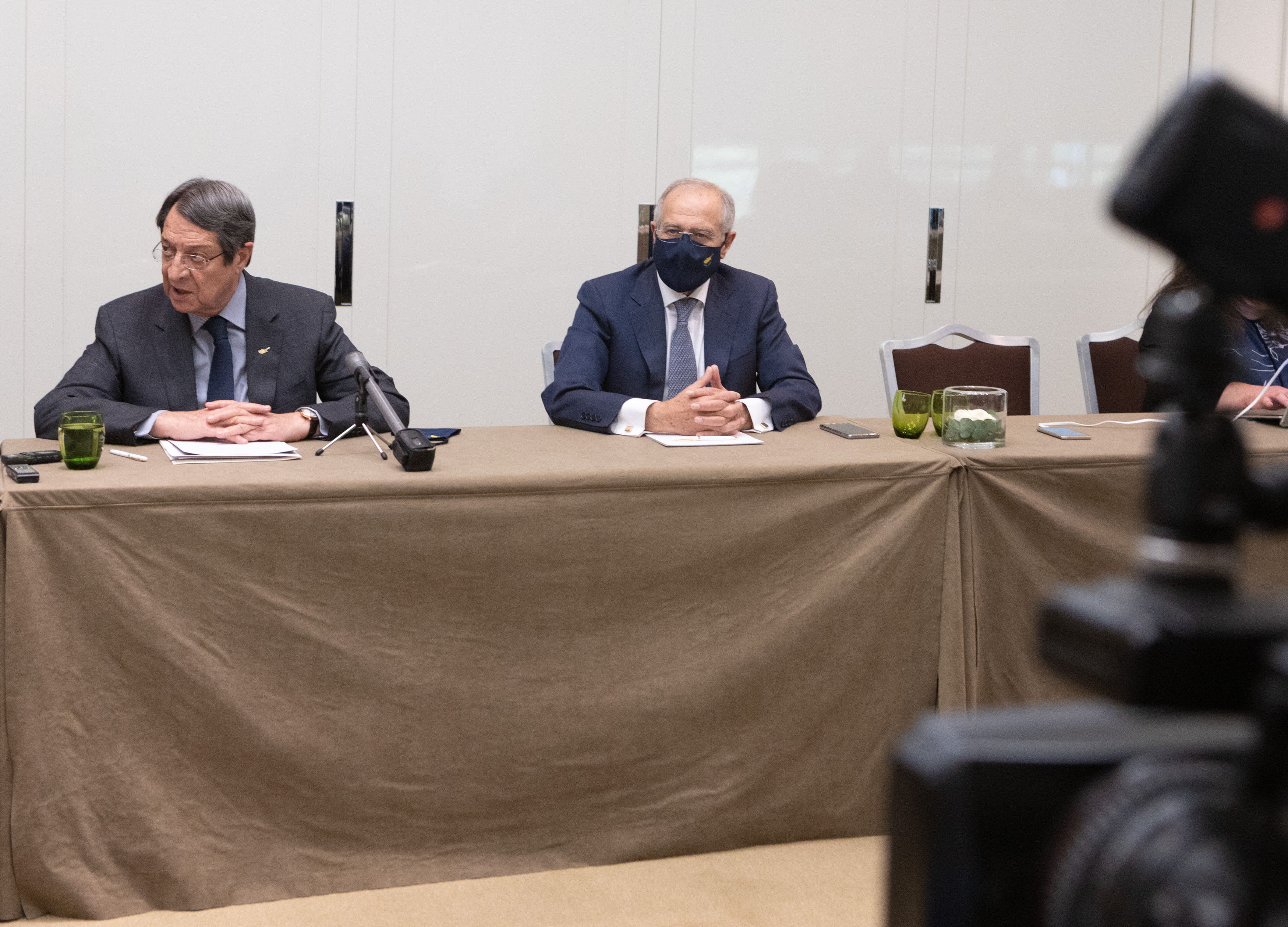 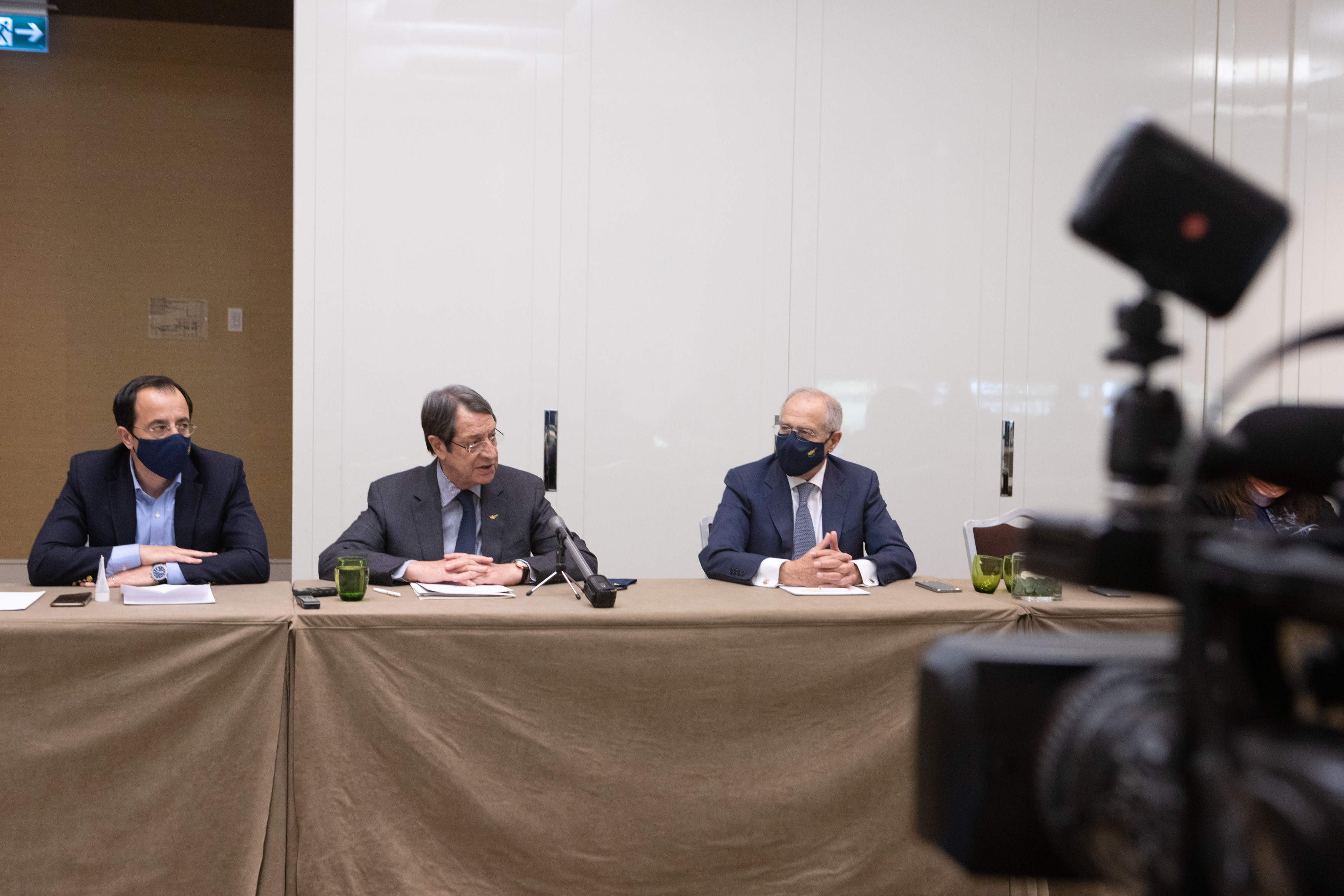 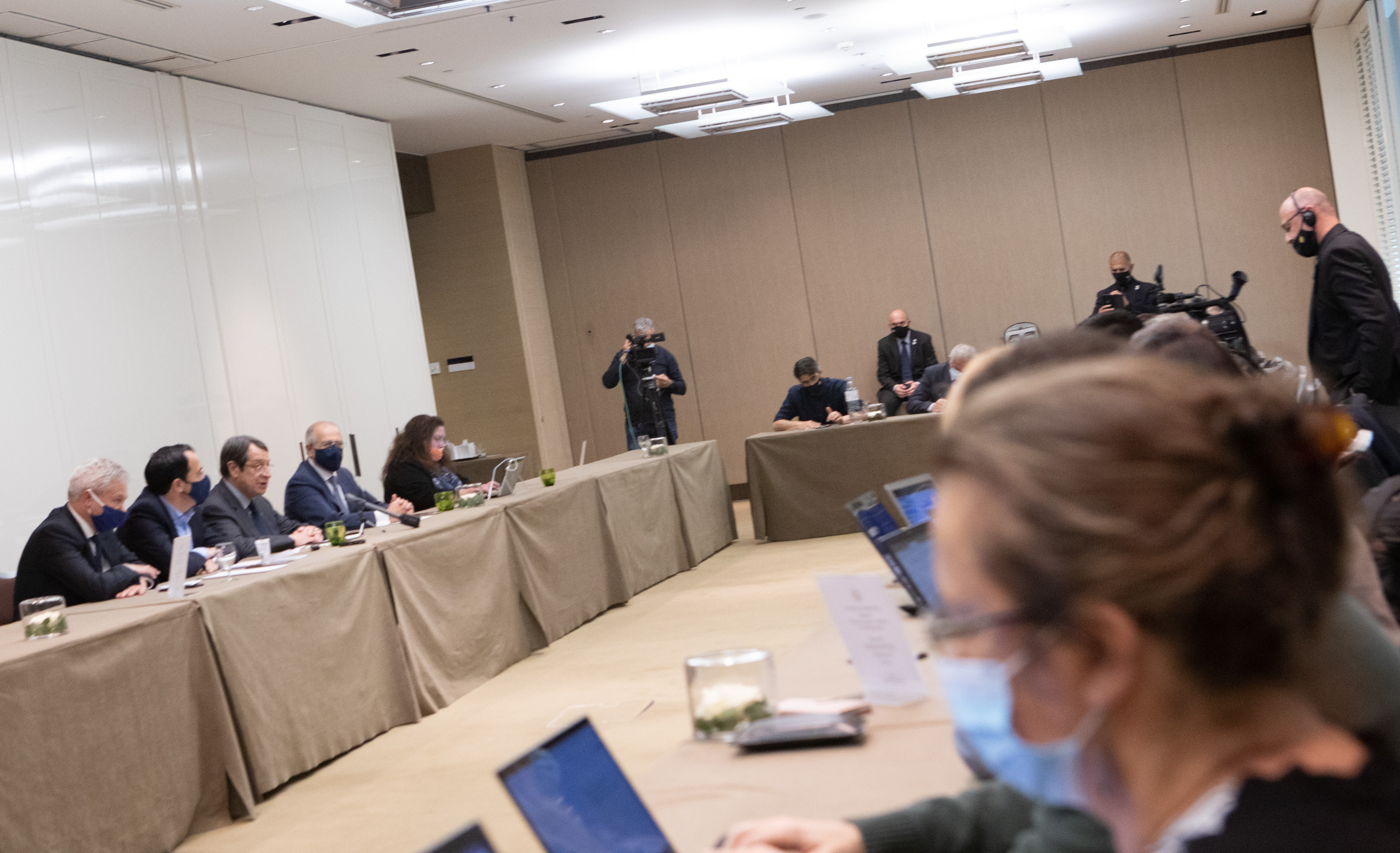 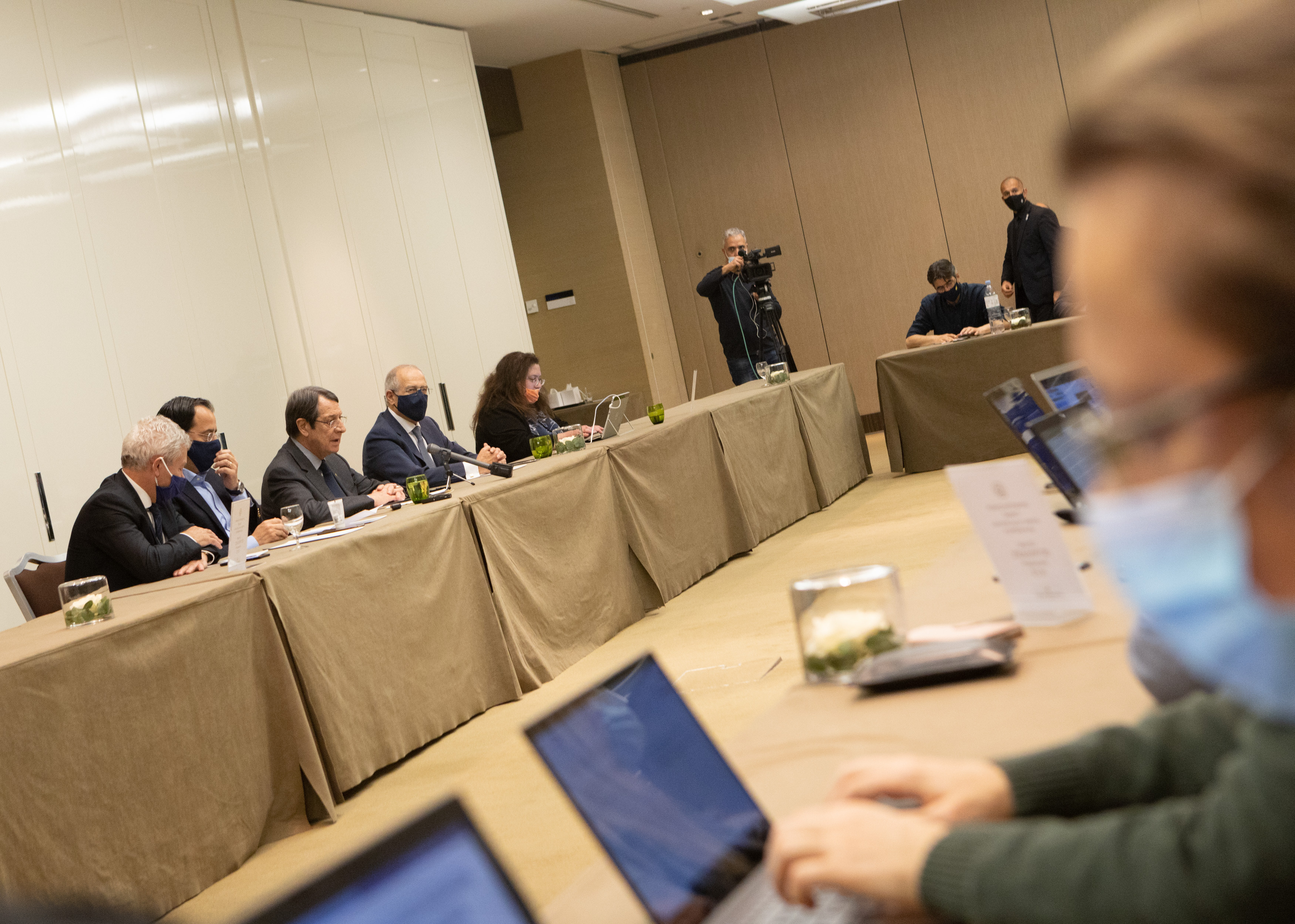 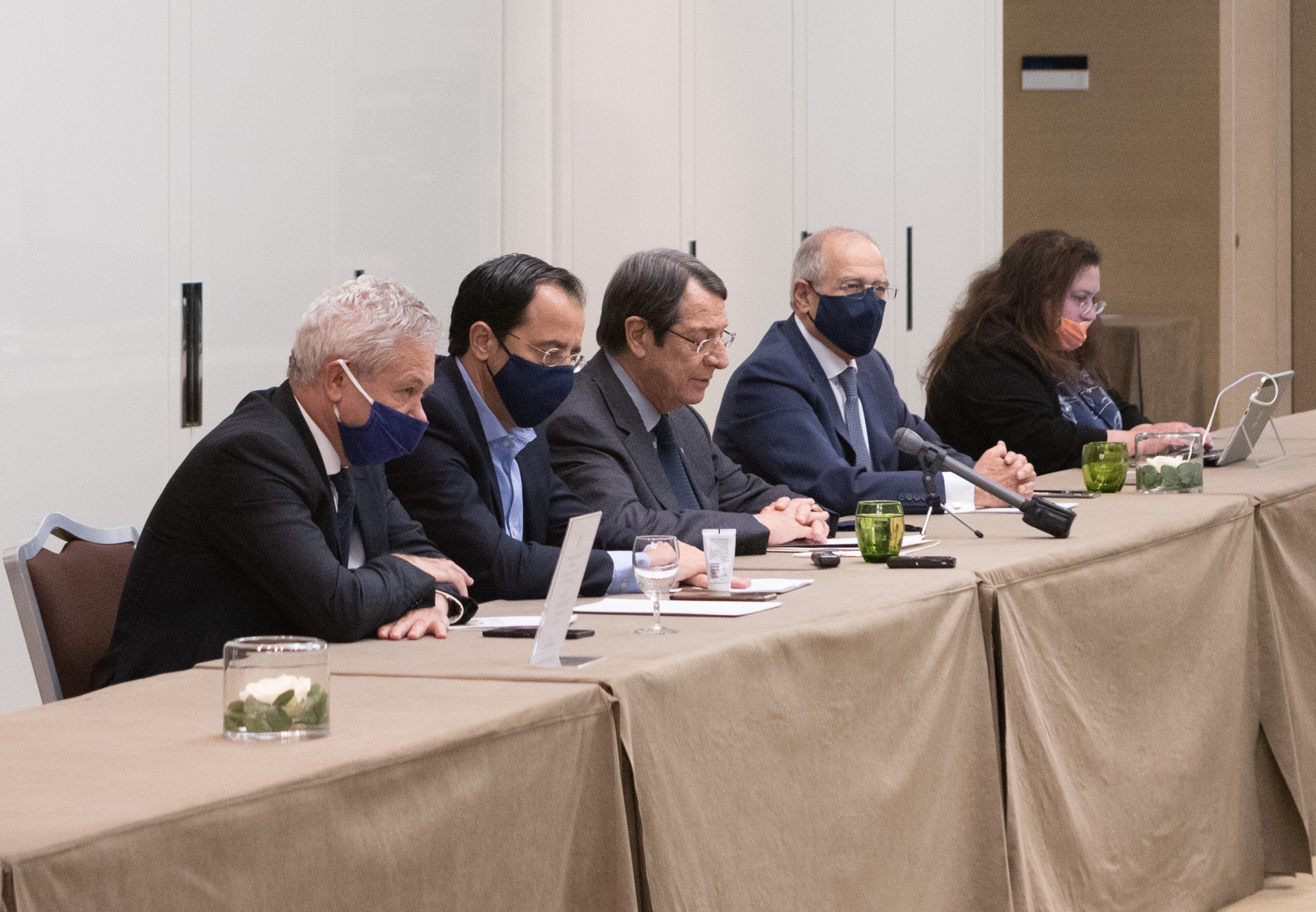 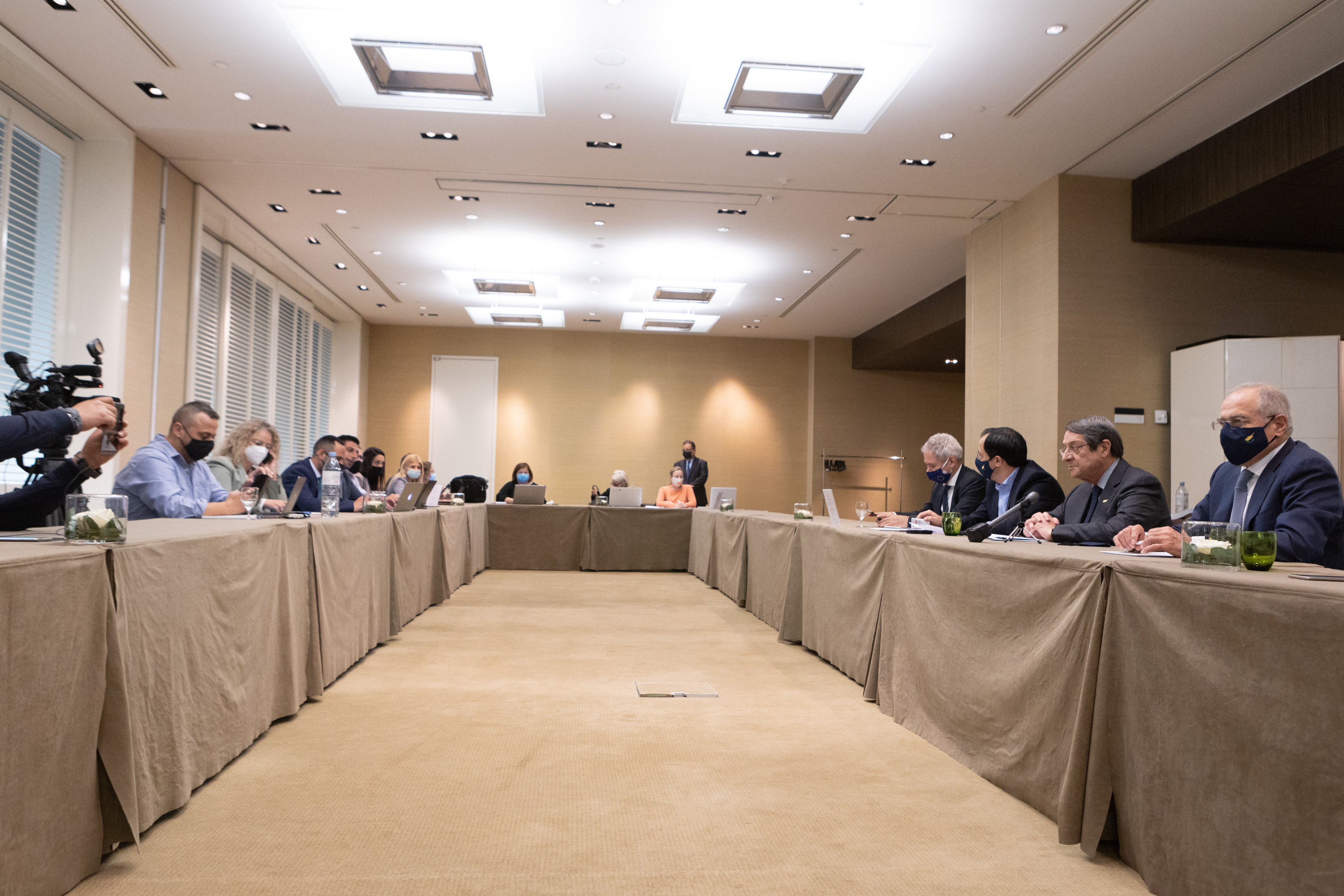 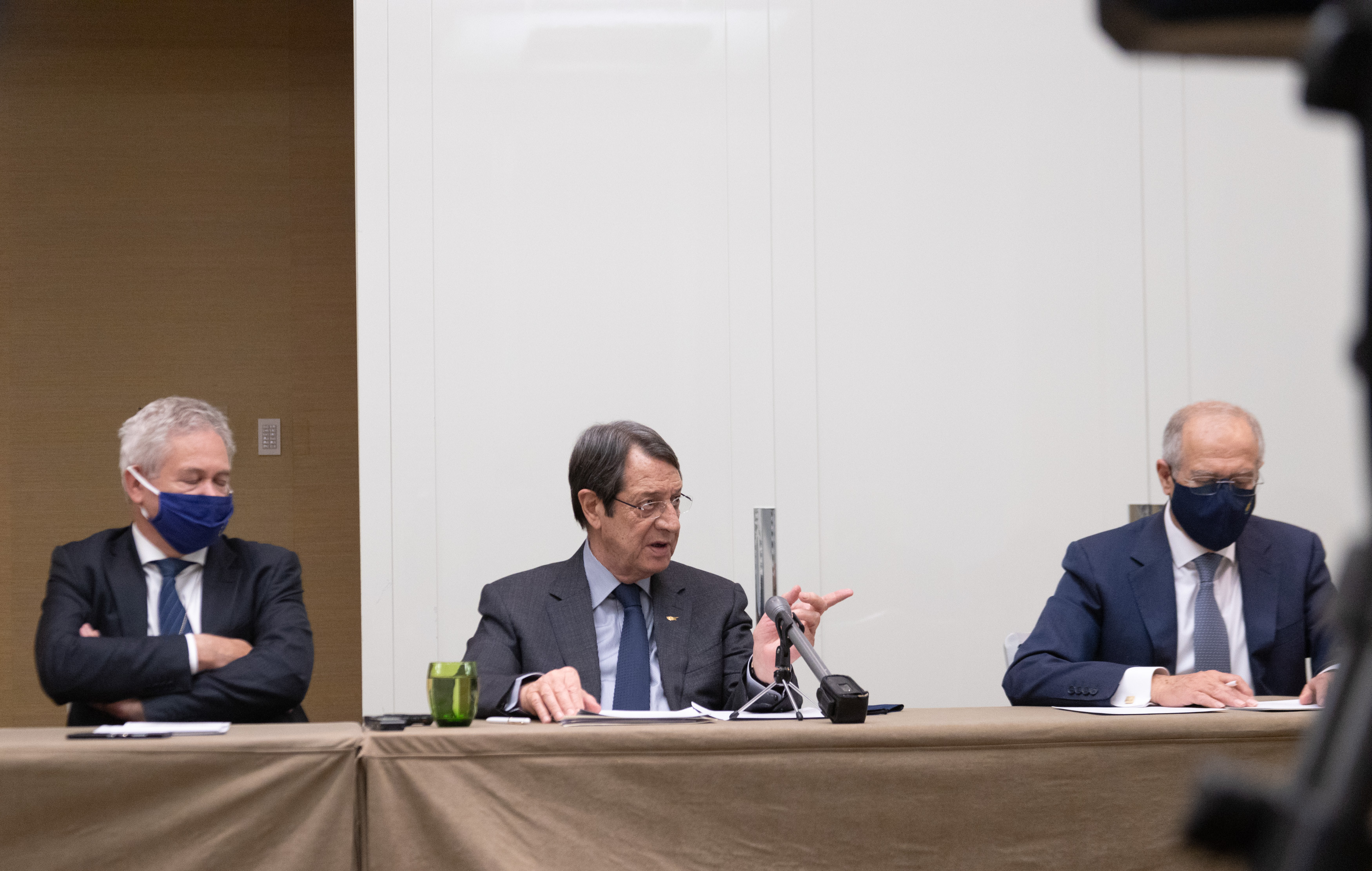 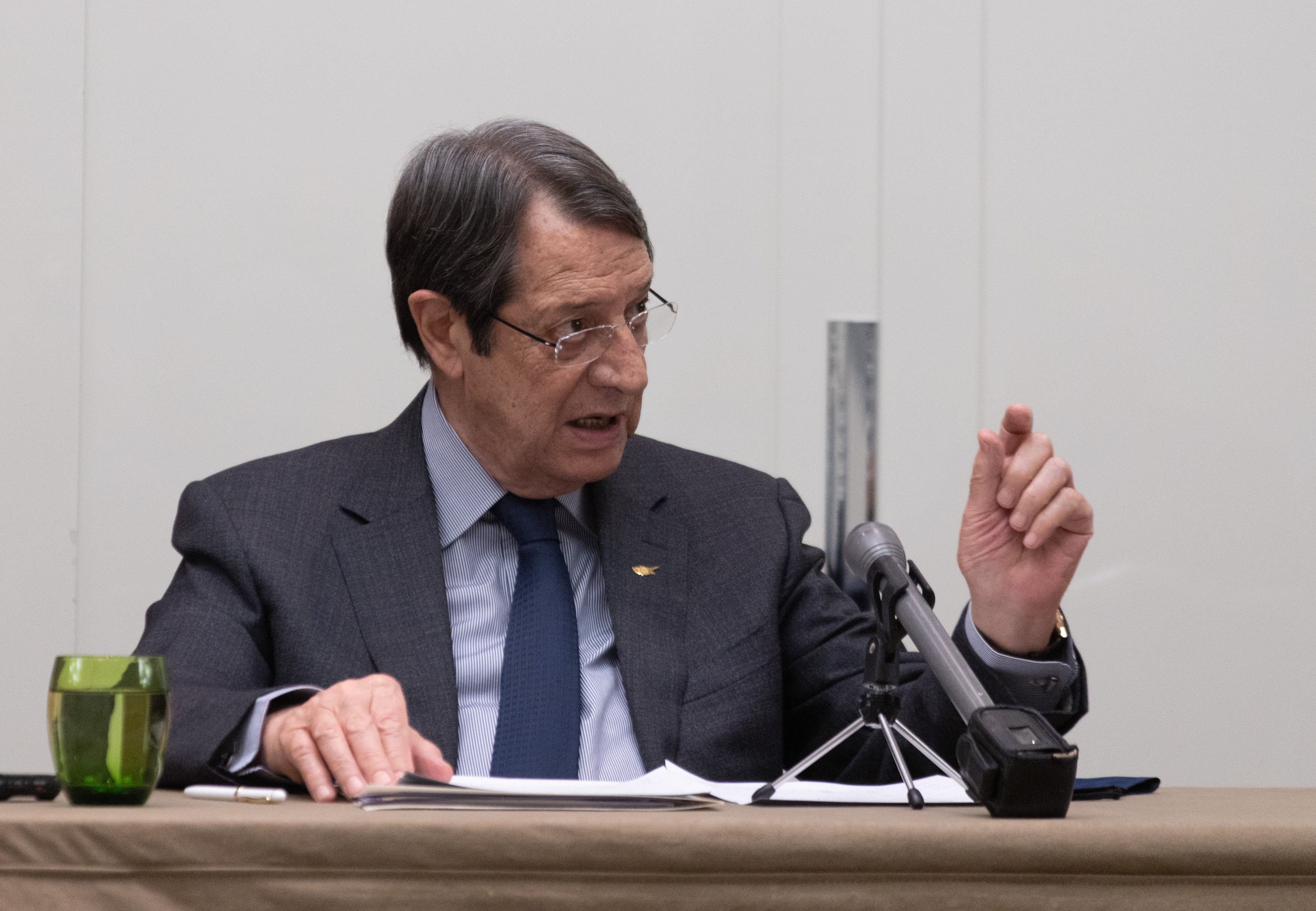 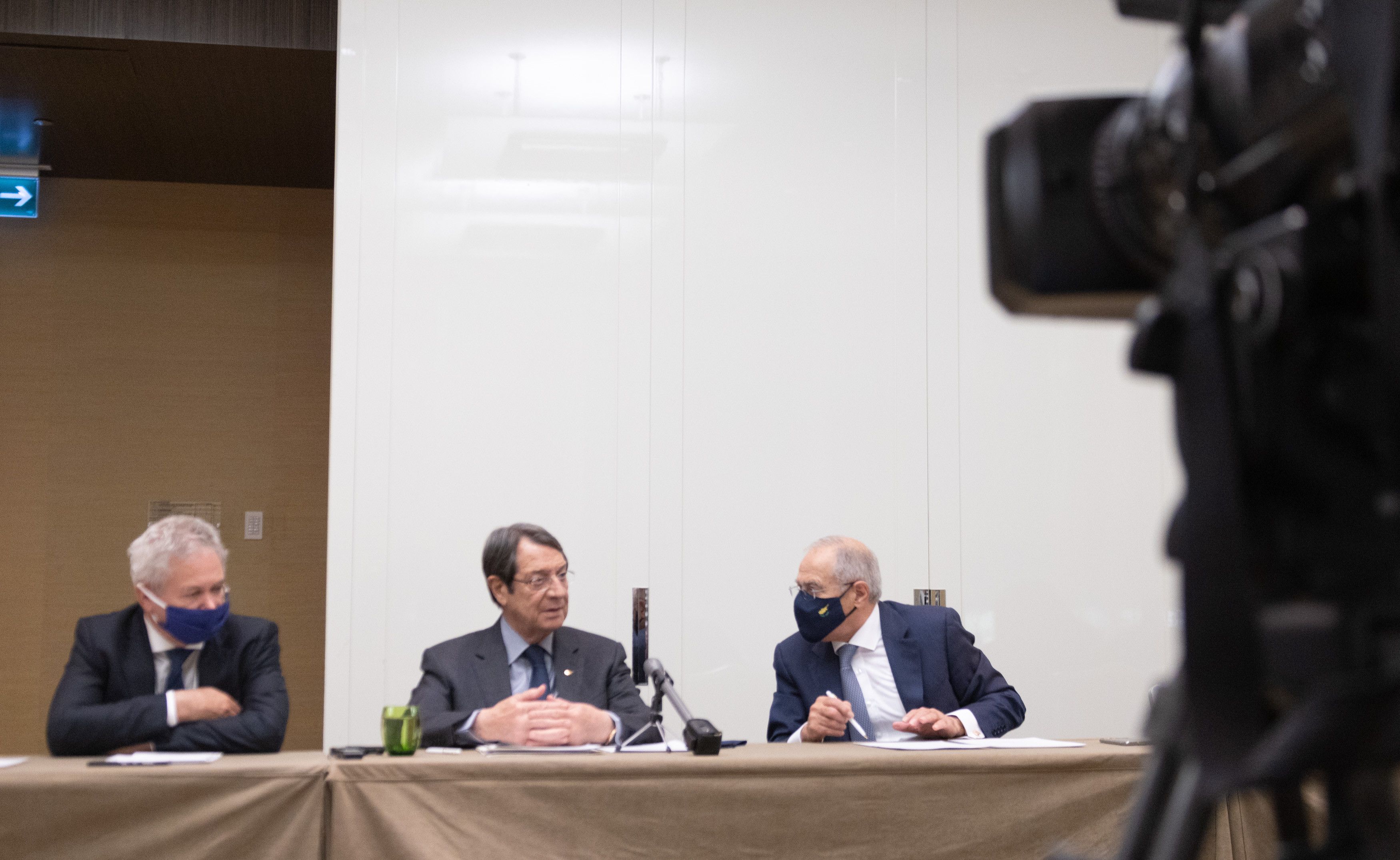 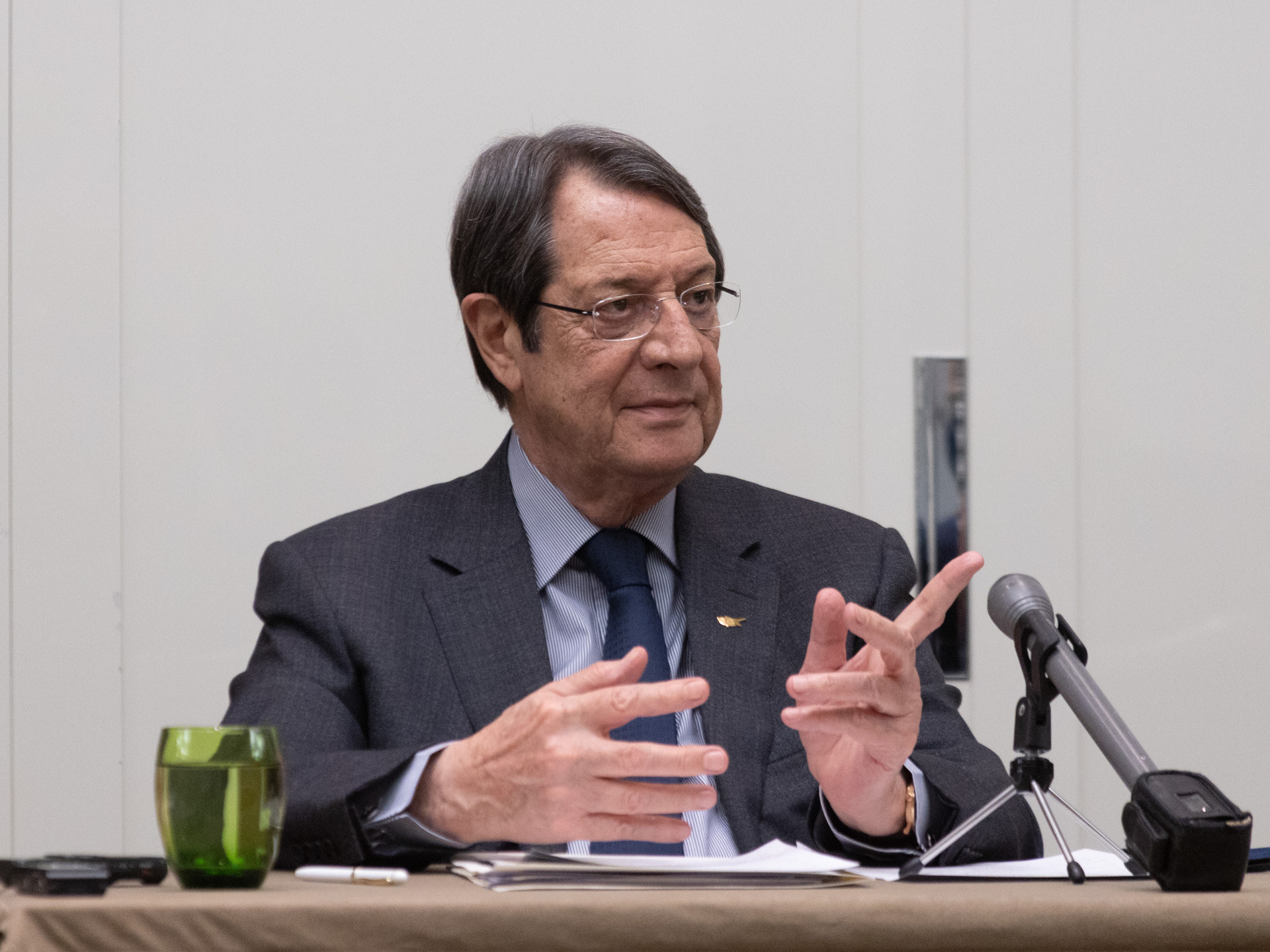 The President of the Republic on the conclusion of the Informal Conference on Cyprus, in Geneva

“We will continue to work consistently to achieve a solution to the Cyprus problem that will reunify our homeland and create a functional state based on a bizonal bicommunal federation,” the President of the Republic, Mr Nicos Anastasiades, said yesterday, 29 April.

Speaking at a press conference after the conclusion of the informal conference on Cyprus held in Geneva between 27 and 29 April 2021, under the auspices of the UN Secretary General, President Anastasiades said, among other things, that “during our presence here, our side, fully consistent with everything it has supported so far, contributed with constructive proposals so that a number of convergences would be achieved.

The Turkish Cypriot side and Turkey, contrary to the Resolutions and the parameters which define the form of the solution of the Cyprus problem claimed that any negotiation should focus on recognizing sovereign rights for the Turkish Cypriot community based on the recognition of two states, something that is outside the mandate of the UN Secretary-General and the UN Security Council Resolutions.”

The President of the Republic also expressed his satisfaction with the stance of the UN Secretary-General “who made it very clear to both the Turkish Cypriot community and Turkey that there is no possibility for a two-state solution to be accepted by the UN or the EU. Therefore, it was something that was not possible and that he could not deviate from the terms of the mandate he has from the Security Council and that he is absolutely bound by the UN Resolutions and the Security Council decisions.”

He also thanked the UN Secretary-General for his steadfast position and his determination to continue the efforts for a solution.

The President noted that under the circumstances and considering the demands of the other side, the situation in Geneva was successfully managed both by the UN Secretary-General and our side in preventing Turkey from achieving its aims.

The President also stated that he will continue to work consistently to achieve a solution that will reunify our homeland and create a functional state, based on a bizonal bicommunal federation.

In concluding, the President of the Republic said that all parties should refrain from provocations that would disturb the climate needed for the Secretary-General's efforts. He made clear that efforts by Turkey to create new fait accompli will be the cause for the Greek Cypriot side not to participate in similar efforts because of Turkey’s behavior.