Message by the Commissioner for Volunteerism and Non-Governmental Organizations, Mr Yiannis Yiannaki, on May 8 – World Red Cross and Red Crescent Day

The Red Cross was born as an idea in 1859, out of Dunant’s desire to bring assistance without discrimination to the wounded on the battlefield, after witnessing the devastation at the Battle of Solferino. He proposed the formation of voluntary relief societies  in all countries , and in 1863 he founded   the International Committee for the Relief of the Wounded, which was renamed the International Committee of the Red Cross (ICRC), based on the chosen emblem of an inverted Swiss flag as a tribute to the founder of the movement.

The First Geneva Convention in 1864 committed the signatories to care for the wounded of war and later this convention was revised, and new conventions were adopted to protect victims of warfare at sea (1907), prisoners of war (1929), and civilians in time of war (1949).The International Federation of Red Cross and Red Crescent Societies (IFRC) was founded in 1919, through the wreckage of World War I.

Since then, the Red Cross and Red Crescent movement has grown into the world's largest humanitarian organization. Today the IFRC has national affiliates in almost every country in the world, and the movement in its international and national capacity, endeavours to prevent and alleviate human suffering wherever it may be found. Its purpose is to protect life and health and to ensure respect for the human being. The 7 Fundamental Principles which govern its existence and define its nature are: Humanity, Impartiality, Neutrality, Independence, Voluntary Service, Unity and Universality. The movement offers its assistance to 150m. People, through the participation of 13.7 m. dedicated volunteers in 192 countries.

The Red Cross in Cyprus began to operate in 1950 as a branch of the British Red Cross. After the establishment of the Republic of Cyprus, the Cyprus Red Cross Society (CRCS) was established as a legal entity in 1967. CRCS was officially recognized by ICRC on 23 February 2012, and admitted to IFRC on 12 November 2013 and constitutes the 188th member of the International Red Cross Red Crescent Movement. CRCS is the largest NGO in Cyprus and amongst others it helps prevent and alleviate human suffering and supports individuals and communities prepare for, and respond to emergencies, in times of peace and war, without any discrimination as to race, gender, age, social, religion or politics.

Its largest project in Cyprus is the operation of the Children’s Therapy Centre “Stella Soulioti” in Lemesos. There, children aged up to 22 years old with severe physical disabilities, such as brain paralysis, muscle dystrophy, various syndromes and other serious developmental and mobility problems are cared for. In parallel, with medical and nursing instructions, physiotherapy, speech therapy, occupational therapy, hydrotherapy, music therapy and psychological sessions are offered to the children and special help is provided so that they can move easier. Particular emphasis is given to the appropriate entertainment of the children, to the creation of a family atmosphere, to their incorporation into society and generally to offer a better quality of life.

In response to calls from the International Movement, humanitarian help is sent and financial contribution is given to cope with disasters in all areas of the world.

On the occasion of Red Cross and Red Crescent Day, the Office of the Commissioner for Volunteerism and Non-Governmental Organizations congratulates the Cyprus Red Cross for its long-term contribution to the prosperity of the country, but also for their long-term cooperation. With the full support of the State and the active involvement of its volunteers, it will continue to contribute effectively to humanitarian programs and emergencies, contributing to the strengthening of the volunteer movement by activating new volunteers. 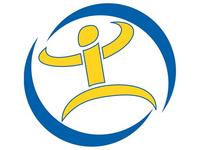