Recent News
Statement by the Permanent Representative of Cyprus to the UN, Ambassador Andreas Hadjichrysanthou, on the Report of the Secretary General on the work of the organization
Rapid Antigen Testing Units – 25 January 2022
Photo Album - The President of the Republic presides over a meeting on Akamas
Photo Album - Justice Minister, Social Welfare Deputy Minister sign Memorandum of Cooperation
Photo Album - Appointment ceremony of Road Safety Ambassadors for 2022, Mr M. Sofocleous and Mr A. Demetriou
Cyprus Shipping Deputy Ministry announces a tender for the Digital Transformation of the Shipping Deputy Ministry
Rapid Antigen Testing Units – 24 January 2022
Announcement of the Ministry of Health on the reduction of close contacts’ self-isolation period as of Monday, 24 January 2022
Rapid Antigen Testing Units – 23 January 2022
Statement by the Minister of Interior Mr. Nicos Nouris at the Press Conference of the Conference on Border Management, in Lithuania 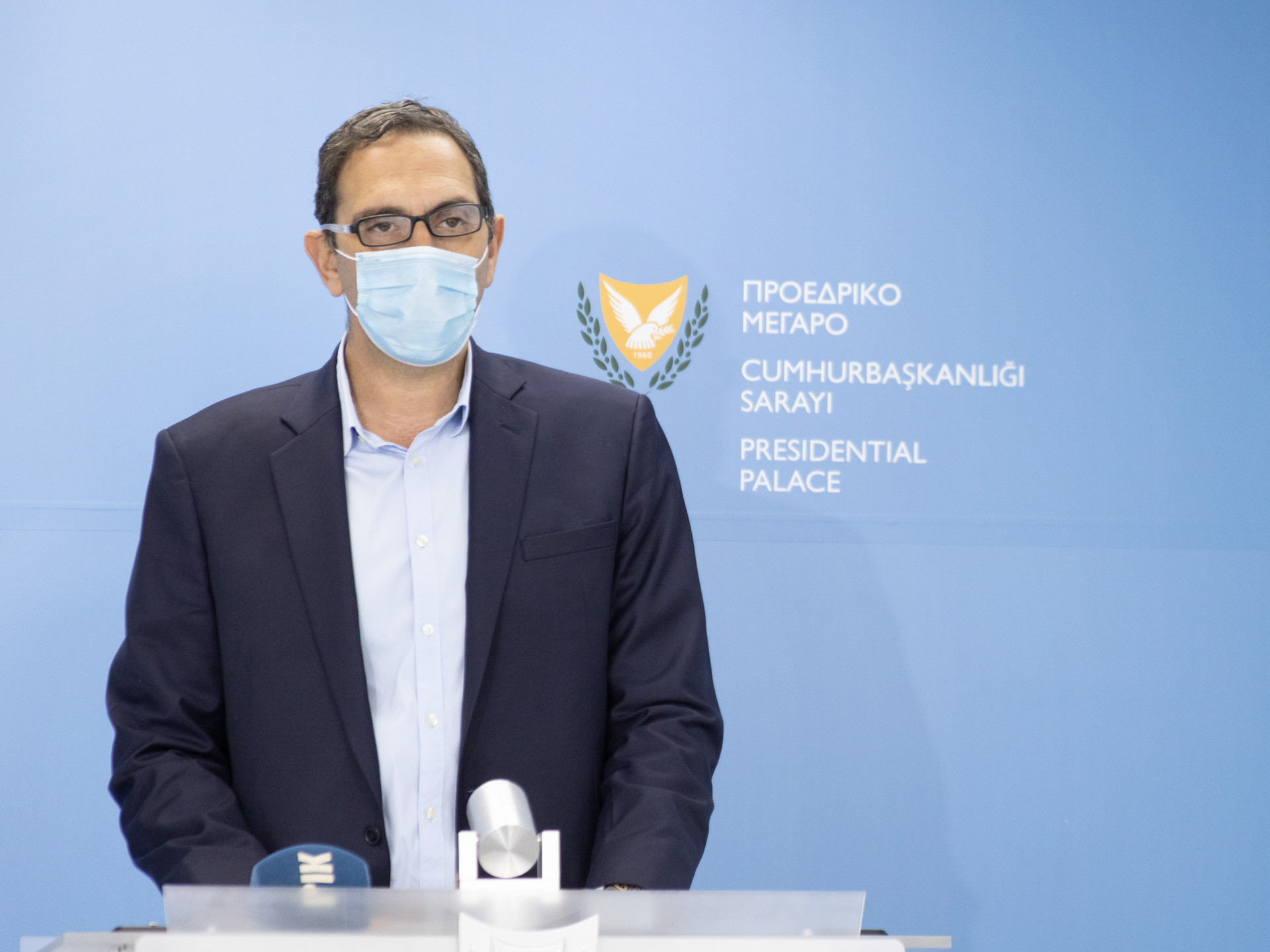 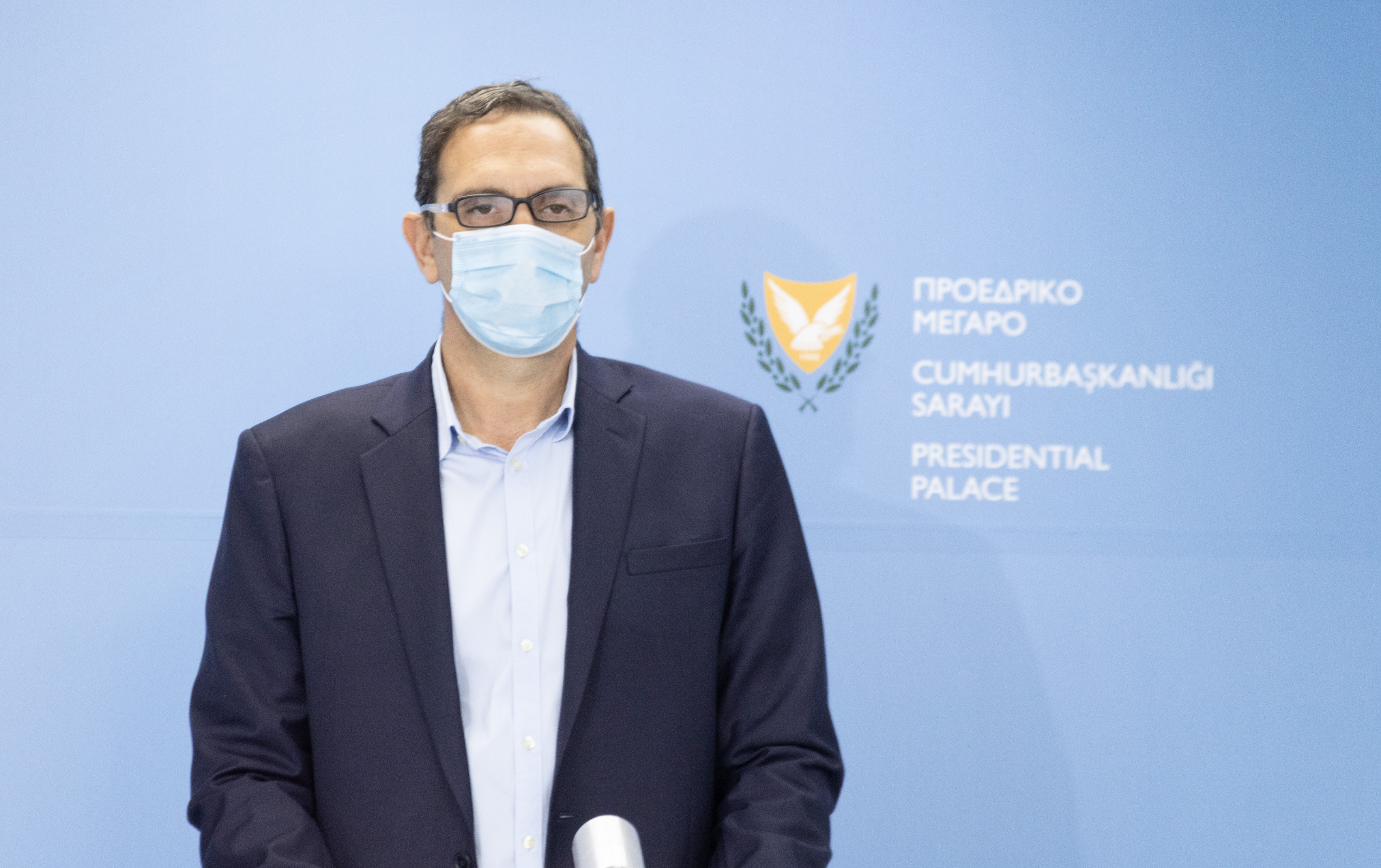 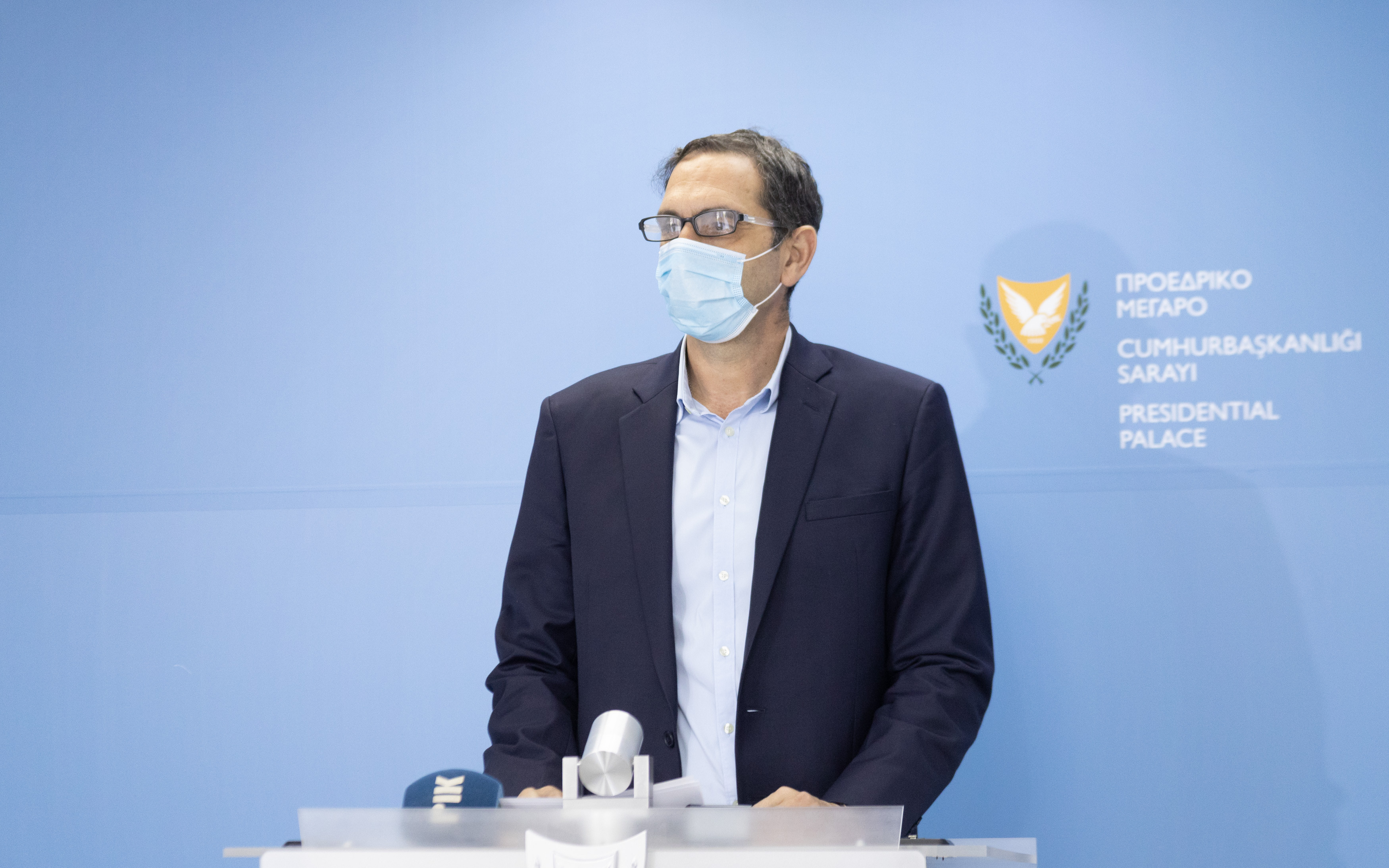 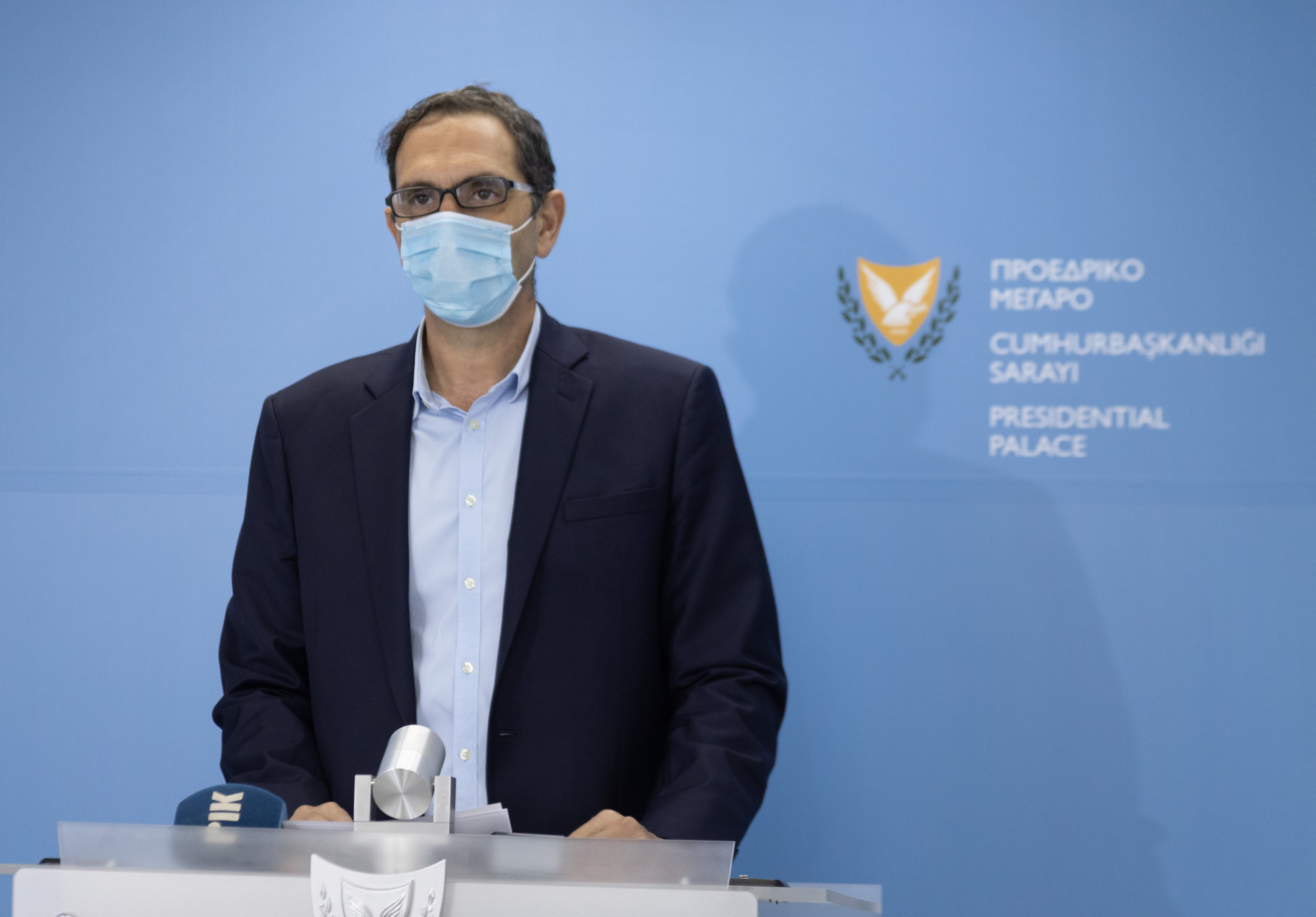 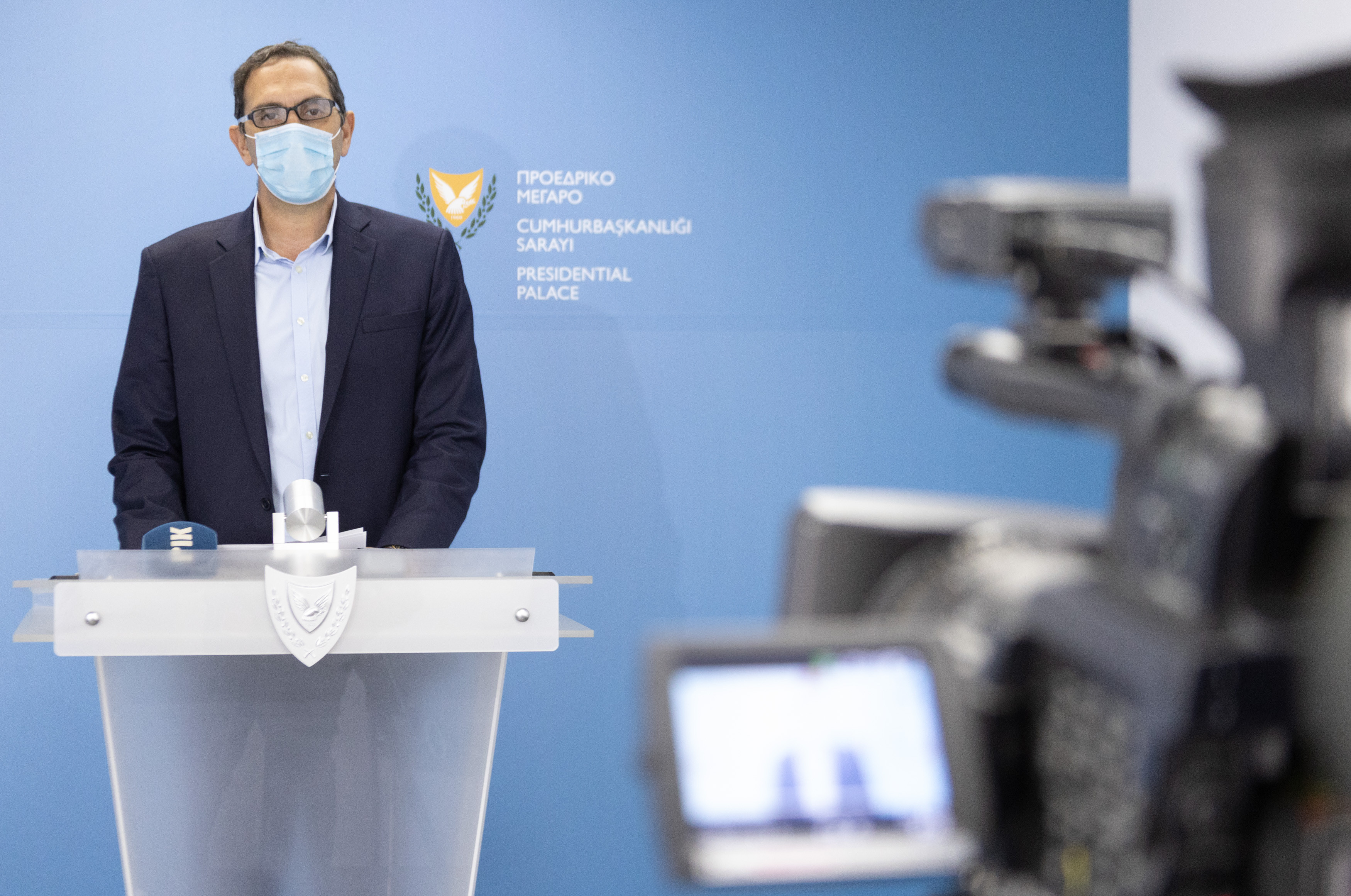 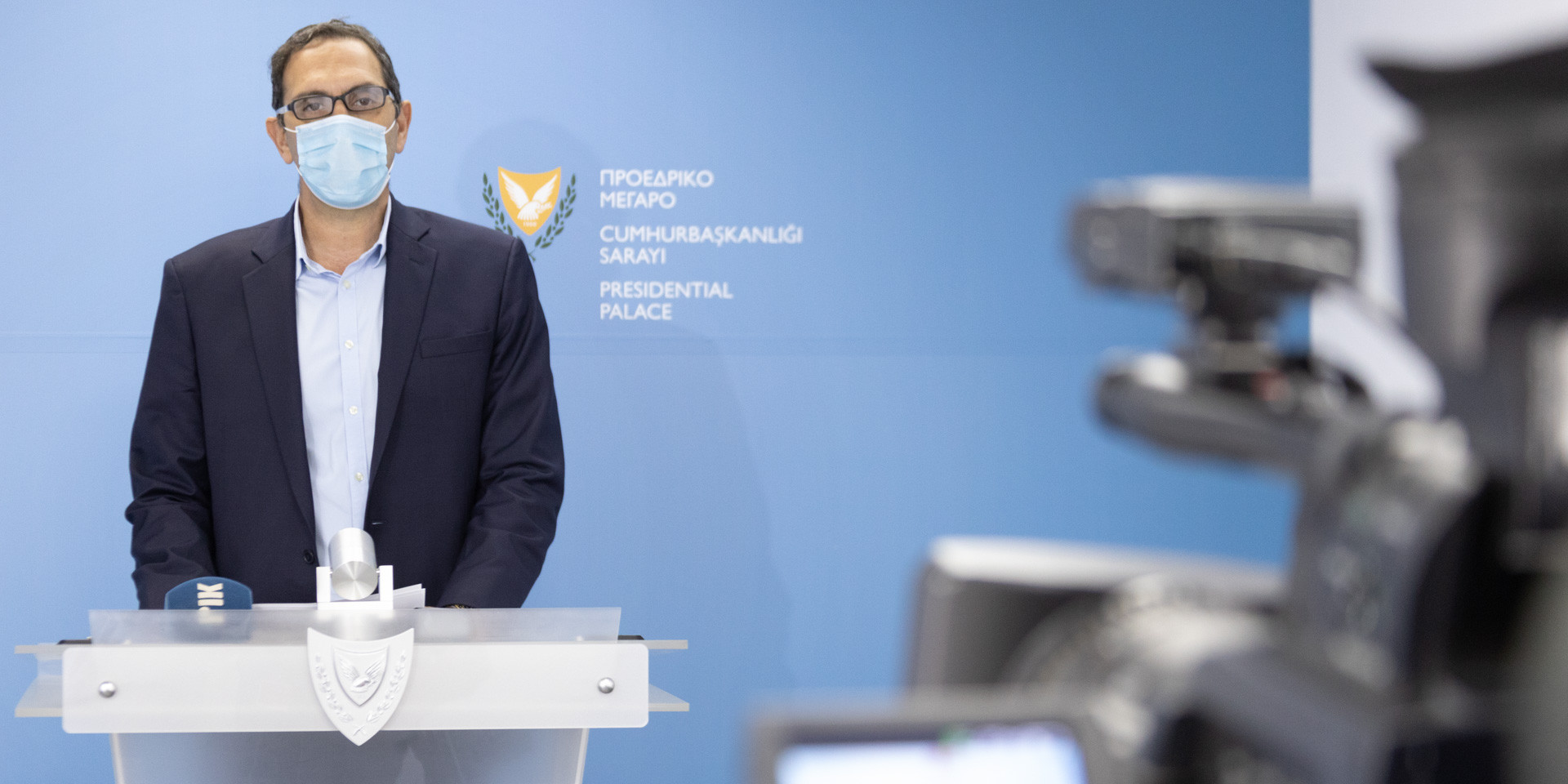 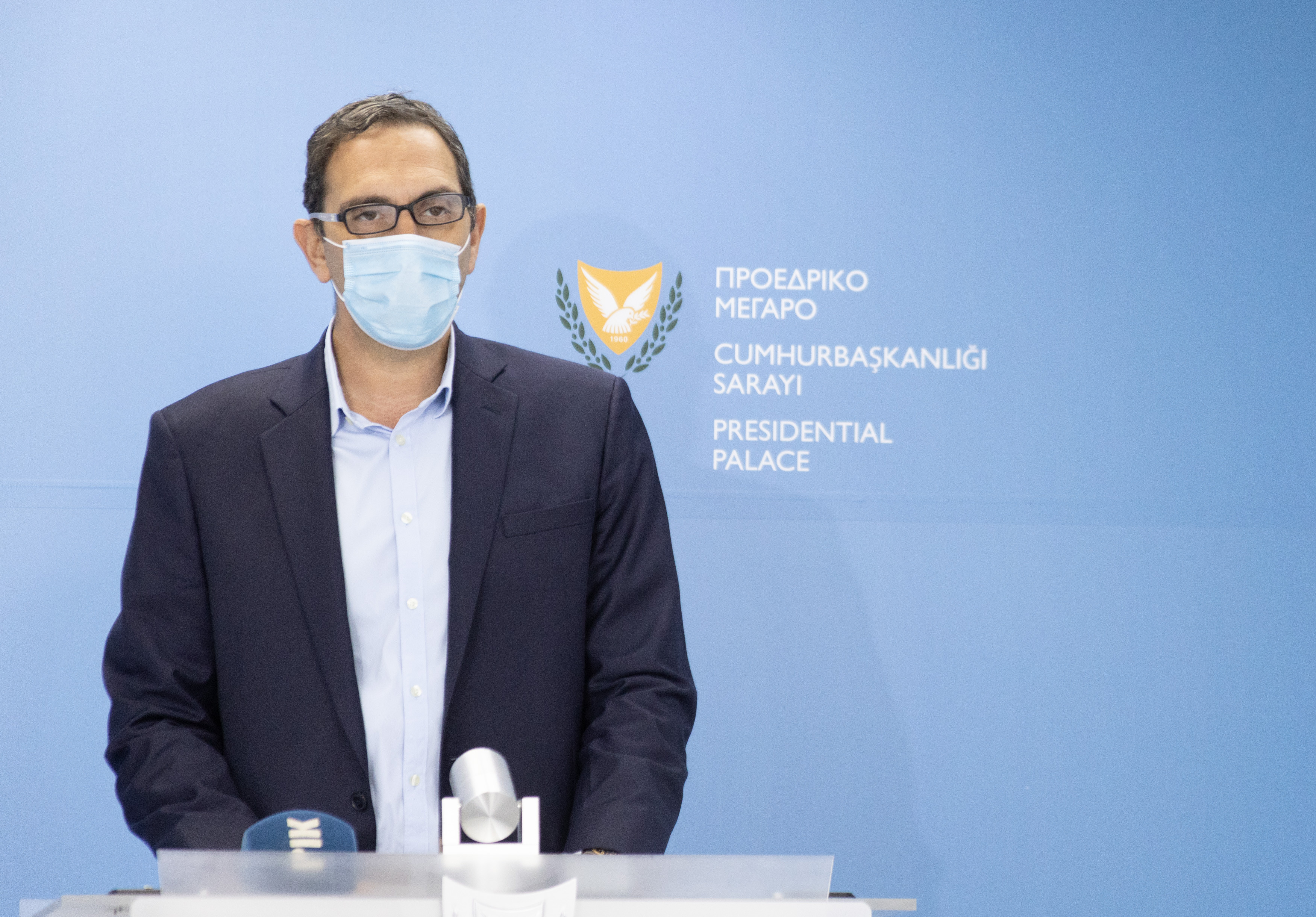 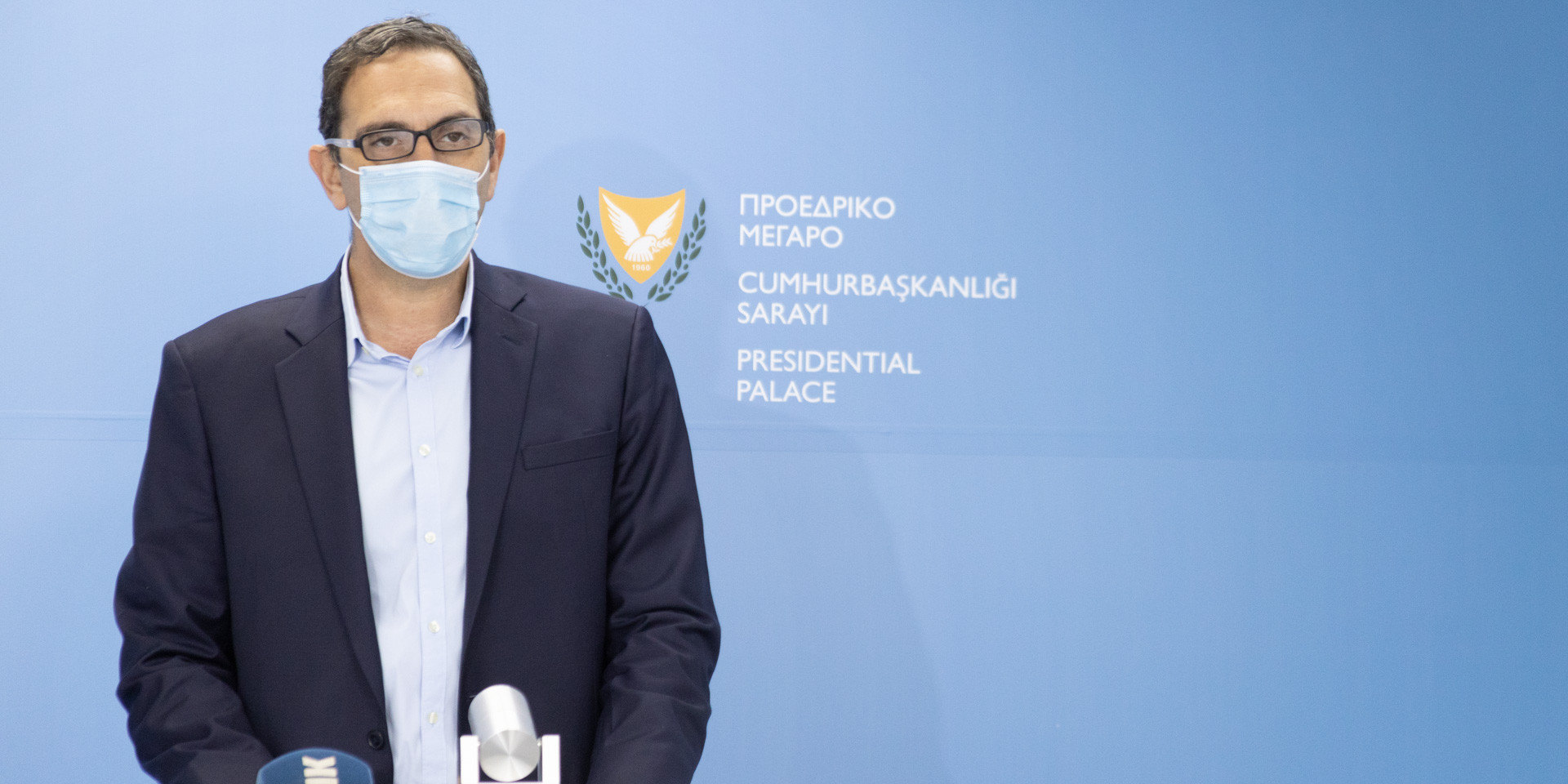 Statement by the Minister of Health, Mr Constantinos Ioannou, on the decisions of the Council of Ministers

The great and responsible effort made by the majority of citizens, coupled with the rather advanced stage of the vaccinations against COVID-19, have contributed to a clear improvement of the epidemiological data. The downward trend in the percentage of positivity, but also the clear reduction in the number of hospitalised persons registered in the last few days in our country, fills us with optimism.

The Council of Ministers was informed today about the planning of vaccinations and the improved epidemiological indicators that are reflected in the National Report. The implementation of the SafePass provides us with an extra security, especially regarding indoor gathering places, such as churches, theaters, cinemas, conference rooms, etc., where as of May 17 the percentage of physical presence is increased. All the data I mentioned, but mainly the need for a psychological uplift of the citizens after many months of sacrifices, led the Council of Ministers to take the following decisions:

The above decisions enter into force on May 17, 2021 and will be regulated by a Decree, later.

At the same time, it has been decided that from June 10 nightclubs will reopen, based on a roadmap and the health protocol, which will be finalized in the coming days, following consultation between the Ministry of Health and the stakeholders involved. This decision is announced for preparation purposes, given that the vaccination coverage will continue at the same pace, leading the country closer to achieving the goal of immunity and contributing to further improvement of the epidemiological situation.

The implementation of the lockdown in the previous two weeks has produced the desired results, since according to the National Report there is a clear improvement of the epidemiological indicators. The number of cases, the positivity rate and the number of admissions to hospitals show a significant decrease and this is encouraging for what lies ahead.

At the same time, in the last three weeks, it has been possible to proceed more intensively with the vaccination shielding of the population. Despite our initial assessments, the Vaccination Plan has advanced and now covers even younger ages, as a result, to a large extend, of the citizens’ positive response to the call for vaccination. The citizens’ serious attitude towards vaccinations fills us with optimism and allows us to hope that we can win this difficult battle that we have been fighting in recent months. Together we managed to increase the ranking of our country to 3rd place among EU member states in terms of administration of doses per 100 inhabitants.

I would like to convey the State’s gratitude to the vast majority of our fellow citizens, for the enormous sacrifices they have made in all aspects of their lives over the last 15 months. At the same time, with our responsible behaviour and the implementation of simple self-protection measures, we continue to improve our epidemiological picture. The use of a mask, hand-washing, choosing a stable group of friends and relatives to socialize with, the use of the SafePass in indoor and outdoor places where people are congested, are just some of the simple measures that we all can and should integrate into our daily routine in order to protect ourselves and our loved ones.

The arrangements decided by the Council of Ministers today aim at the psychological uplift of the citizens, so as to increase the willingness for cooperation. I express once again the certainty that society at large will support the attempt to return to normality and to a functional daily life, safely. The participation of all in this effort is necessary and very important in the phase we are in. Together, in cooperation, we will ensure our safety and health.

Announcement of the Ministry of Health on the reduction of close contacts’ self-isolation period as of Monday, 24 January 2022