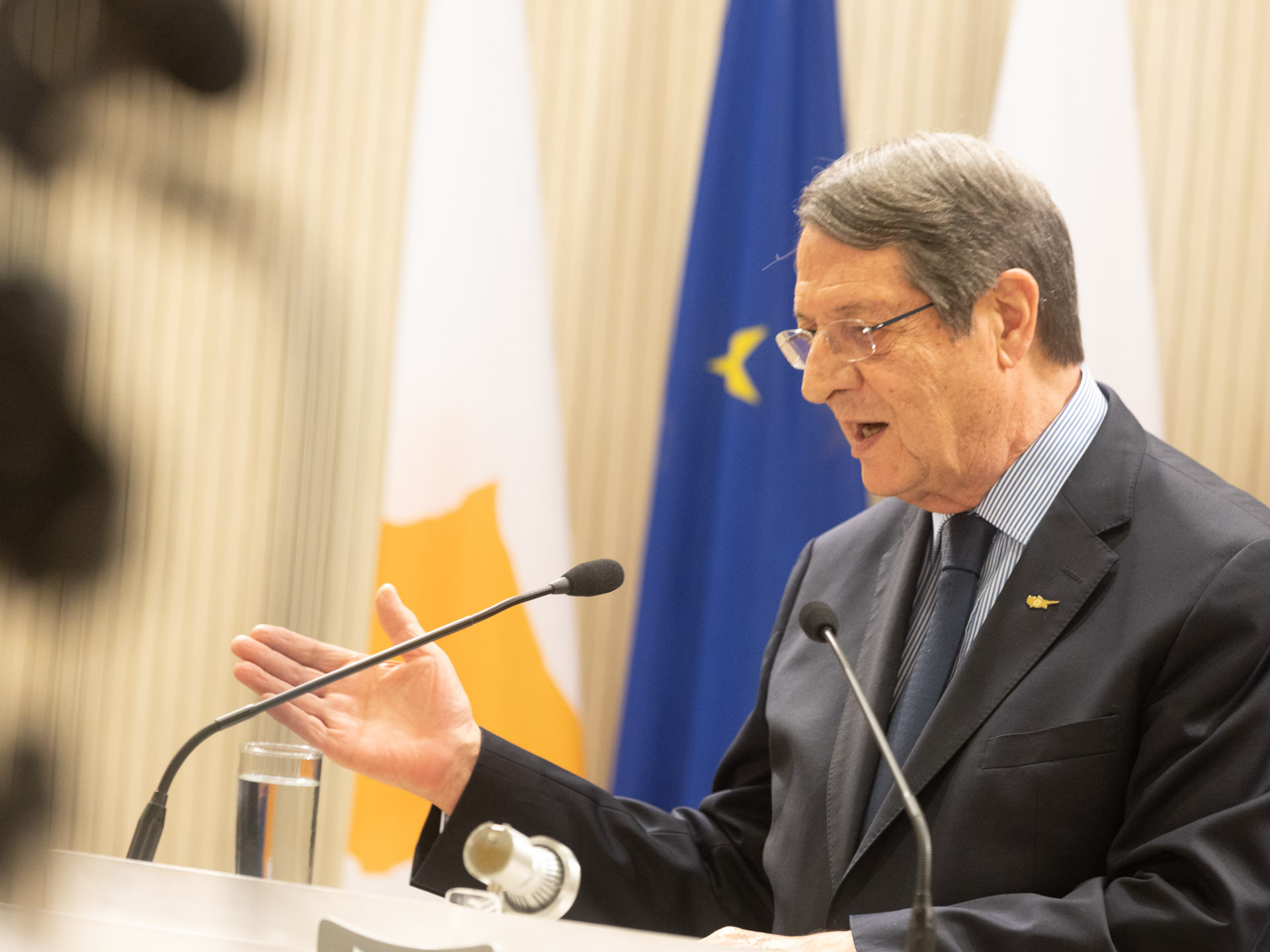 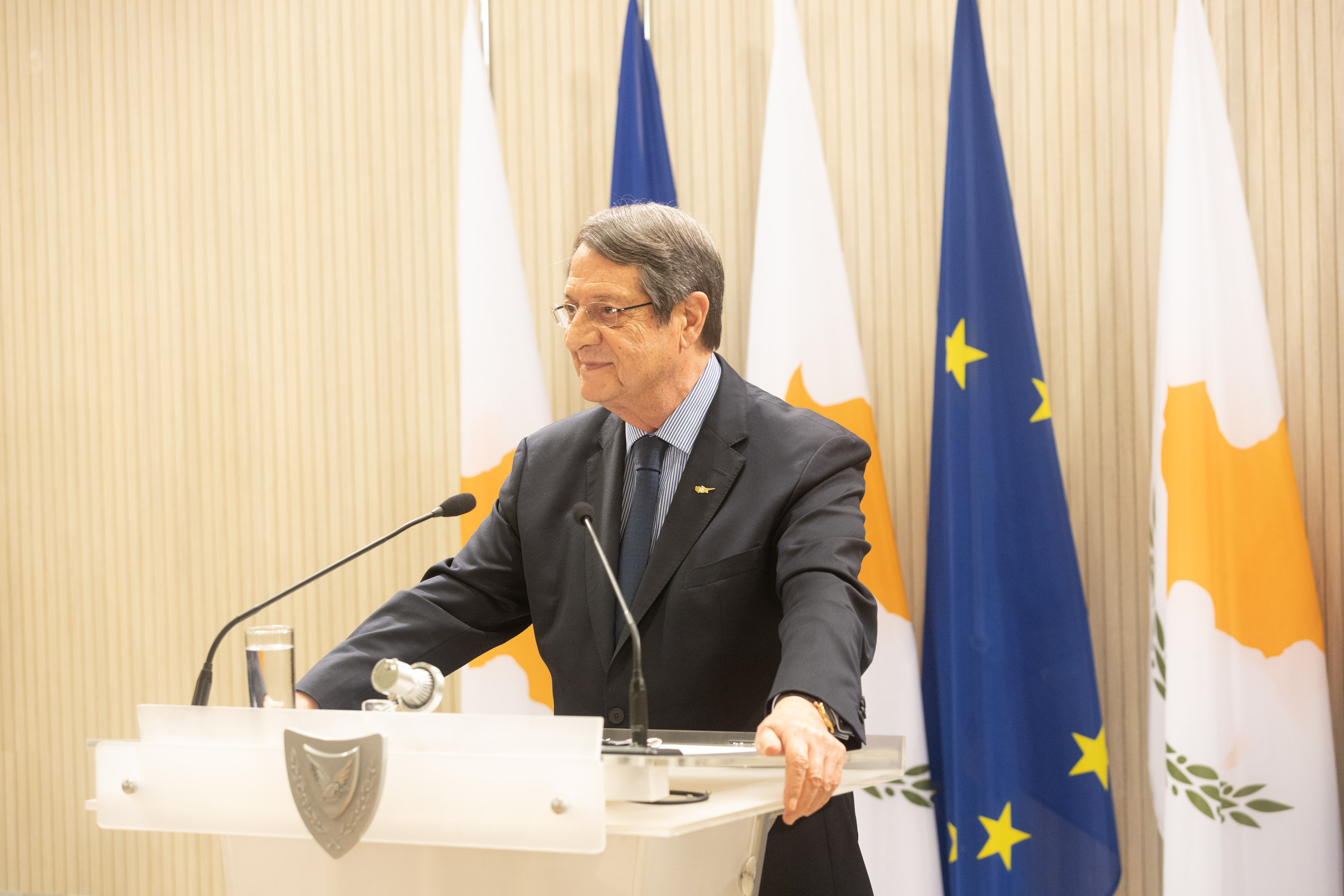 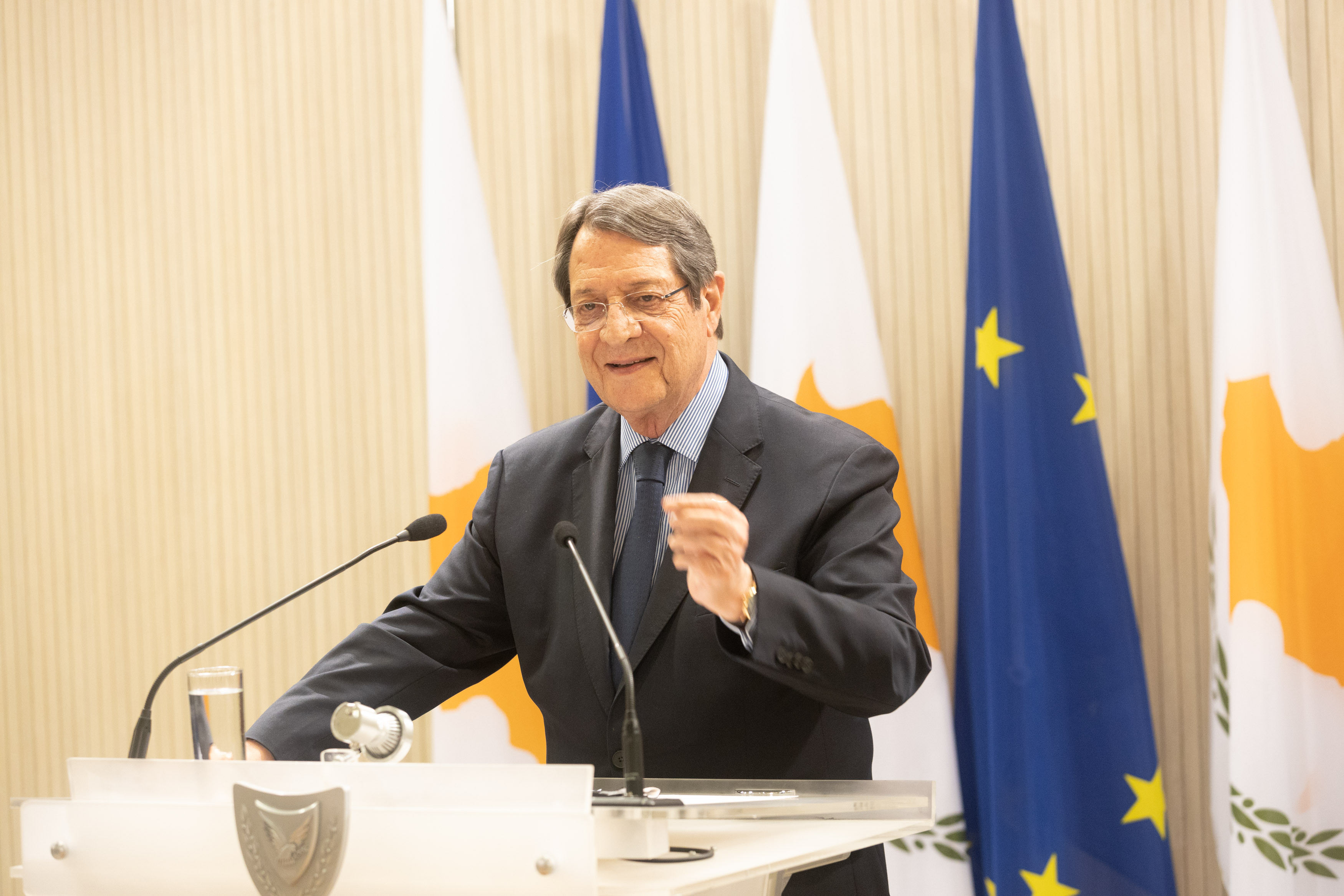 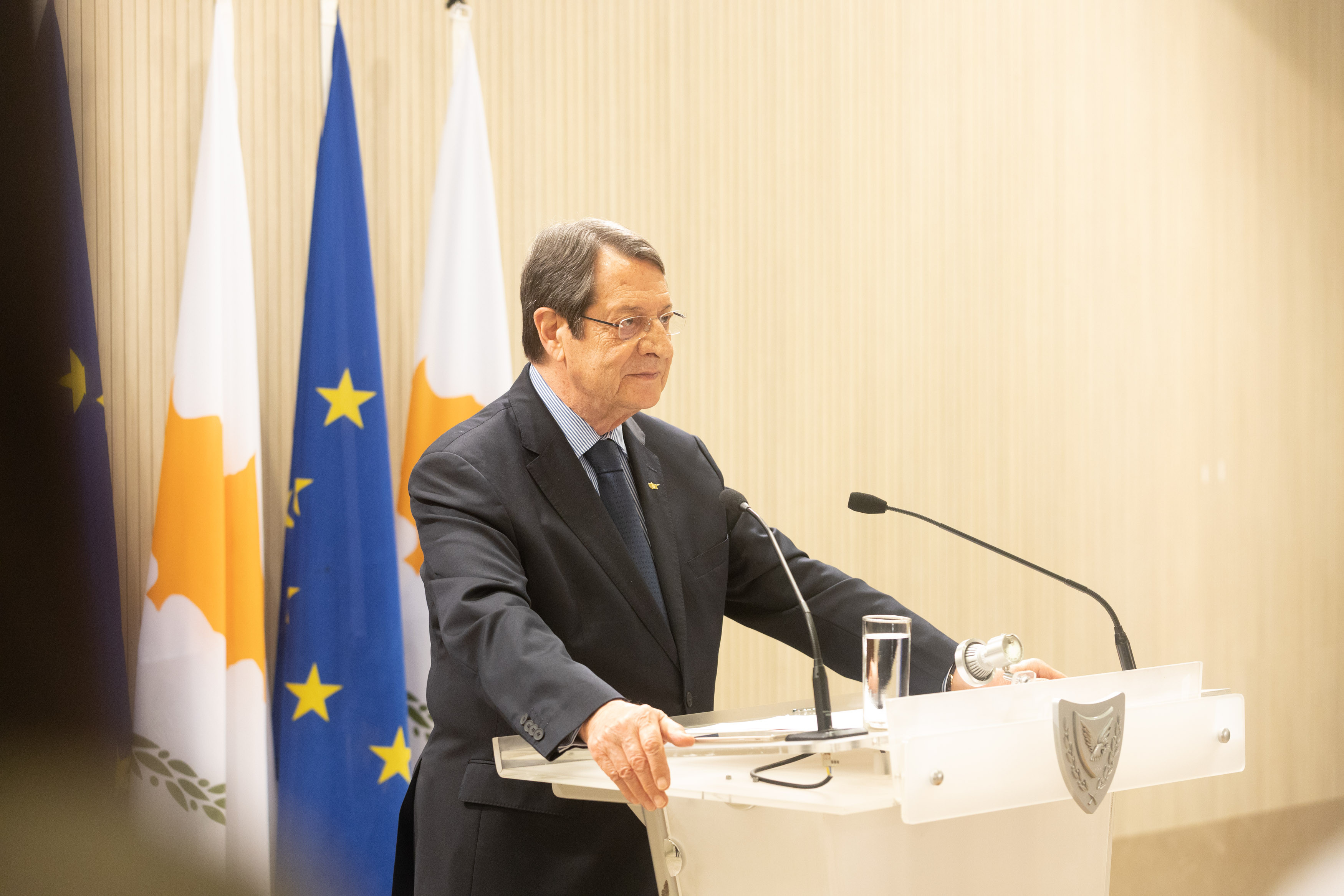 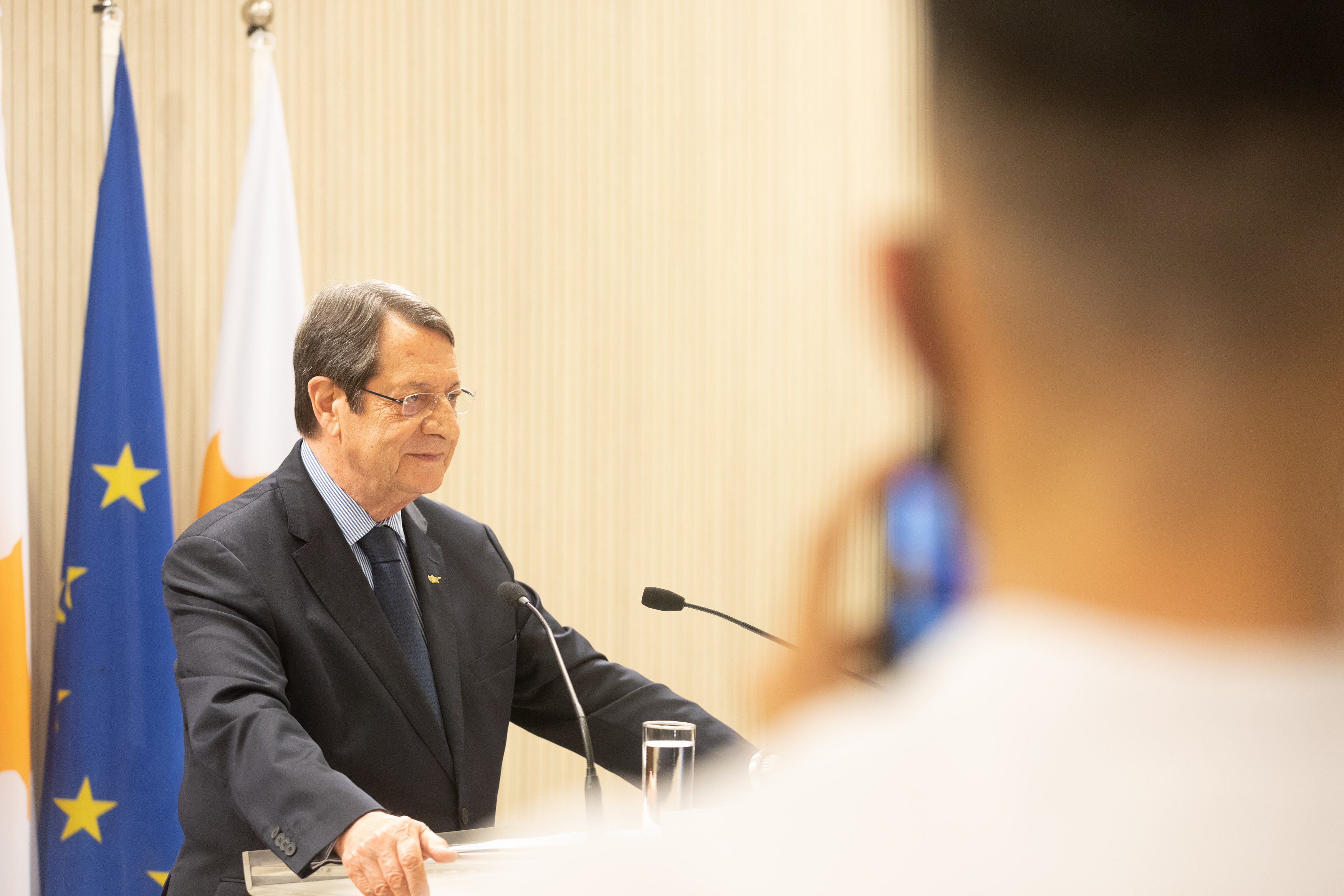 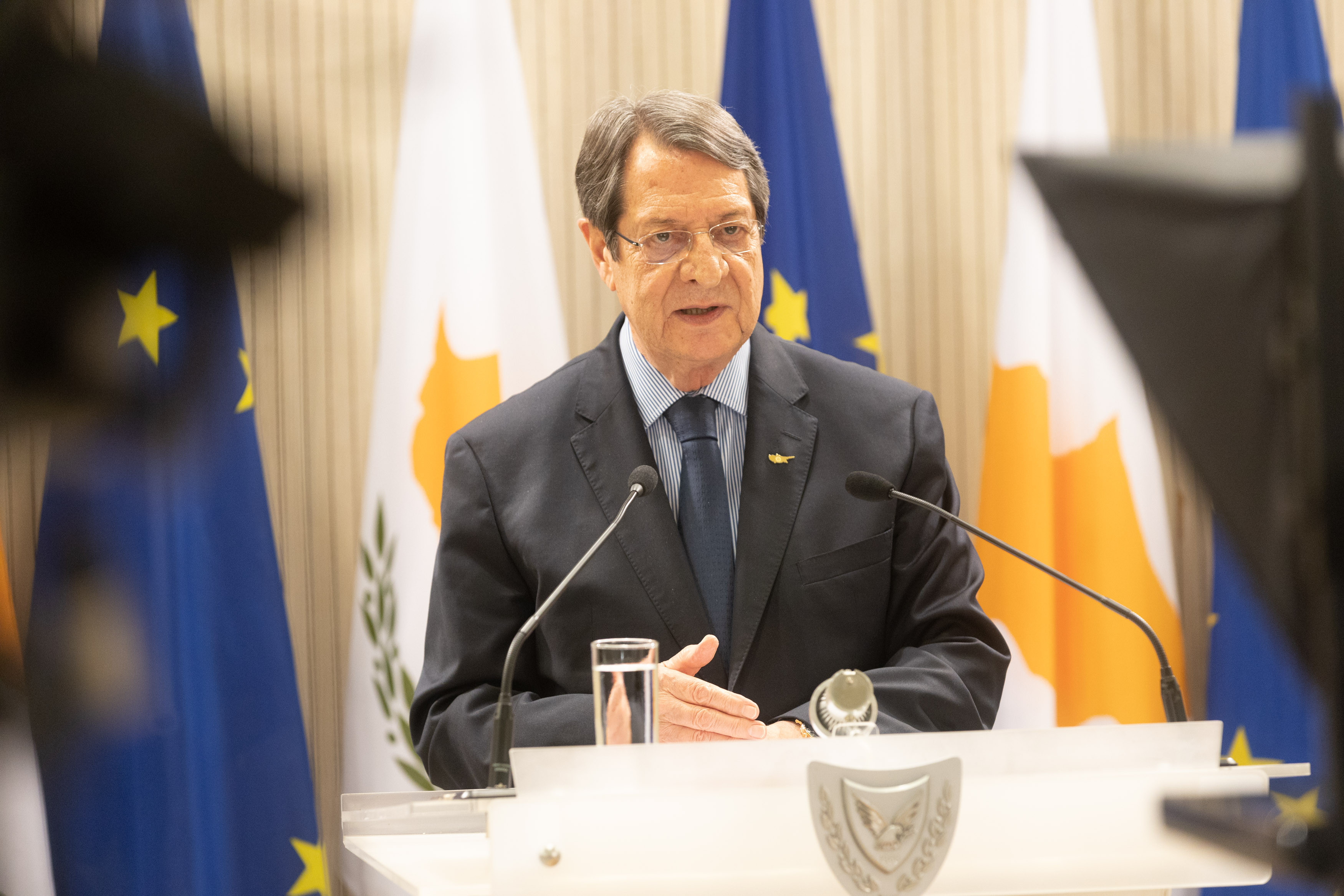 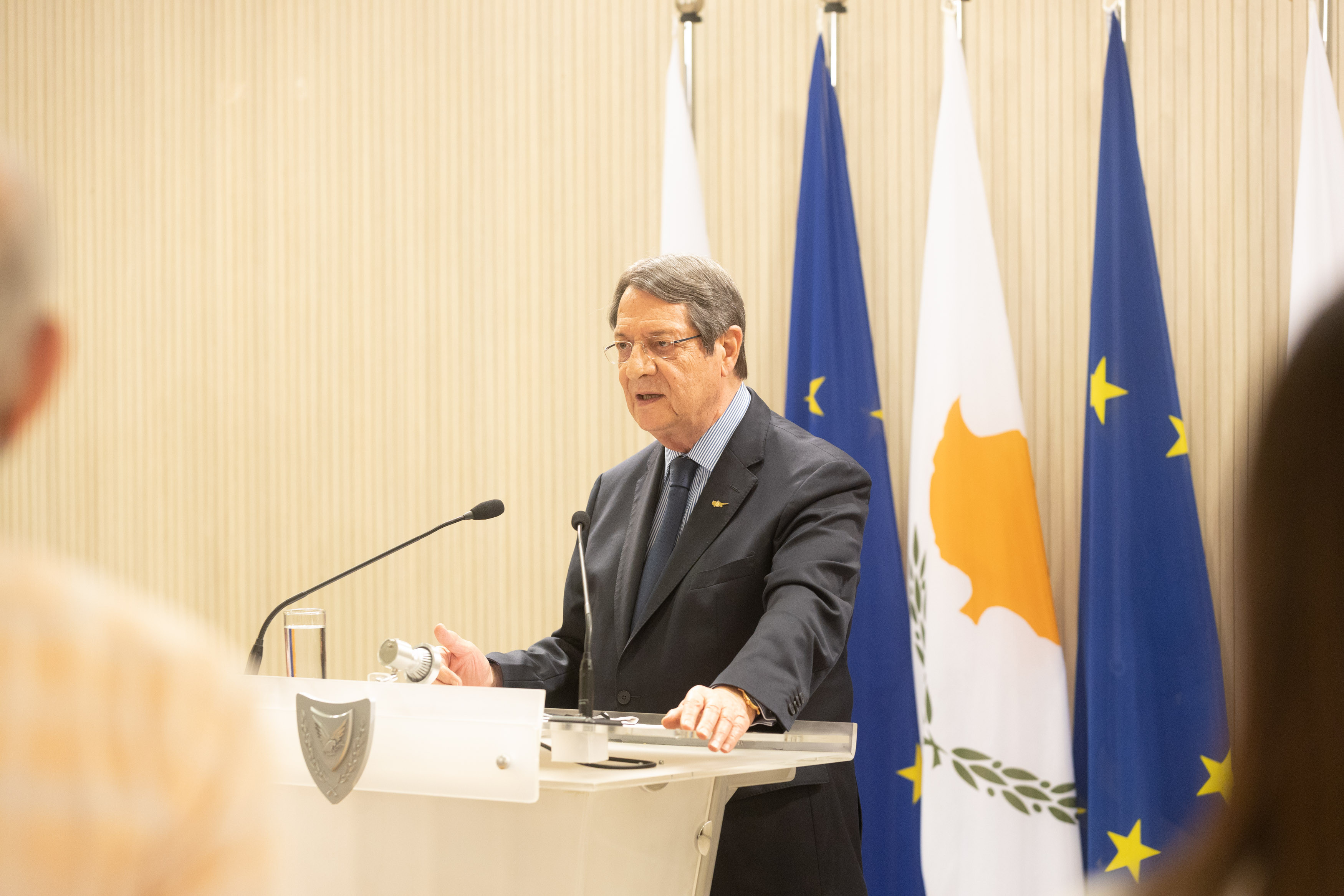 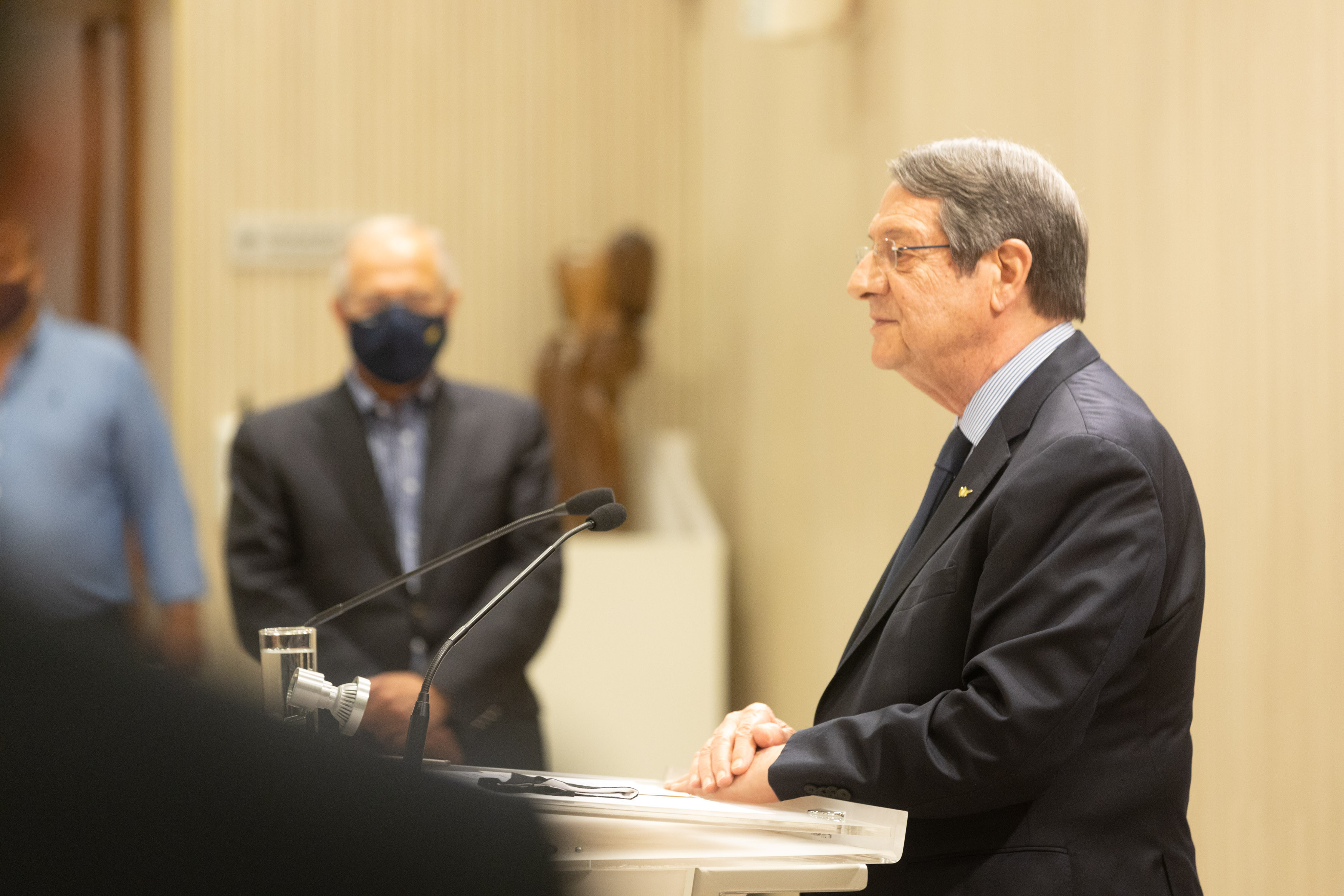 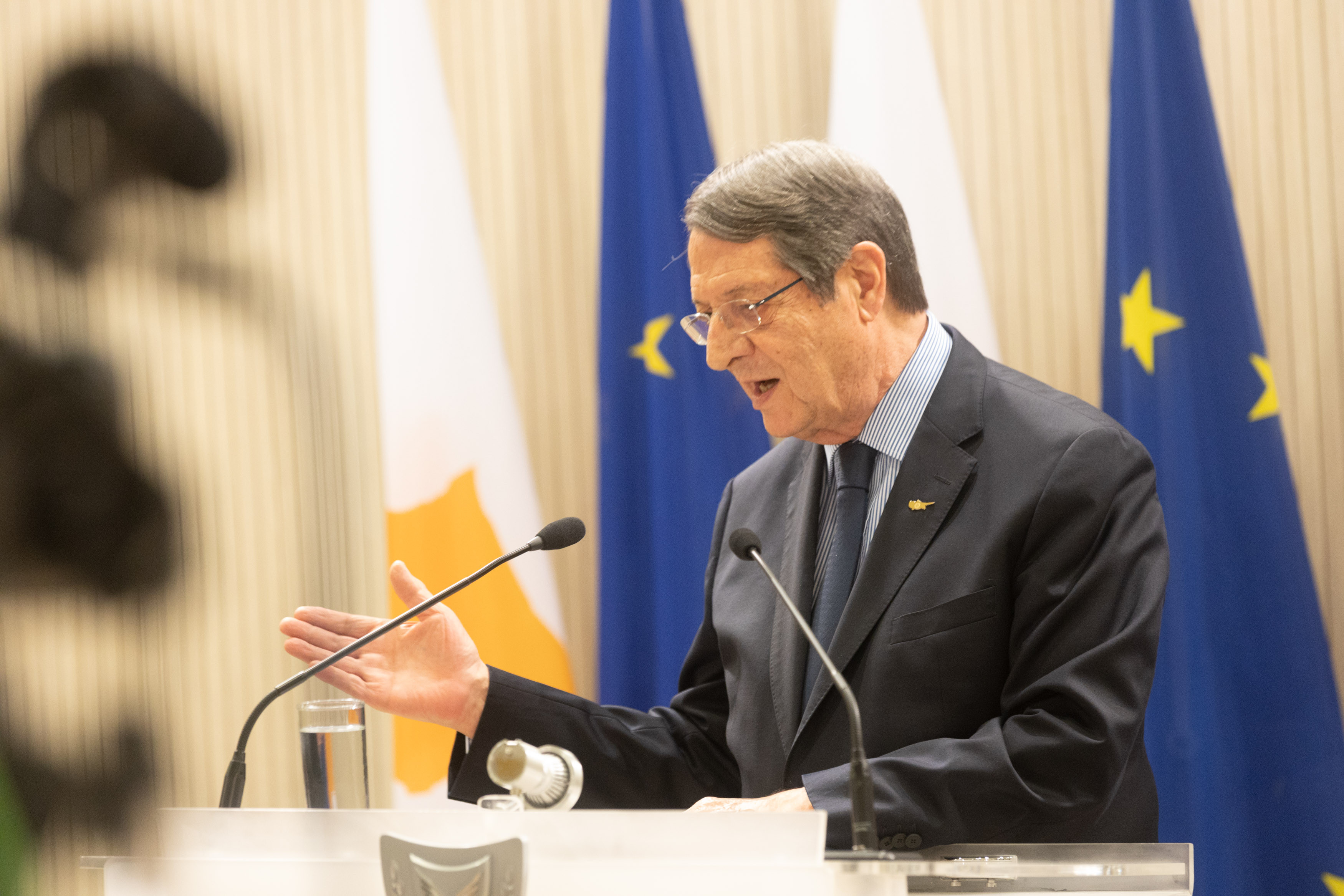 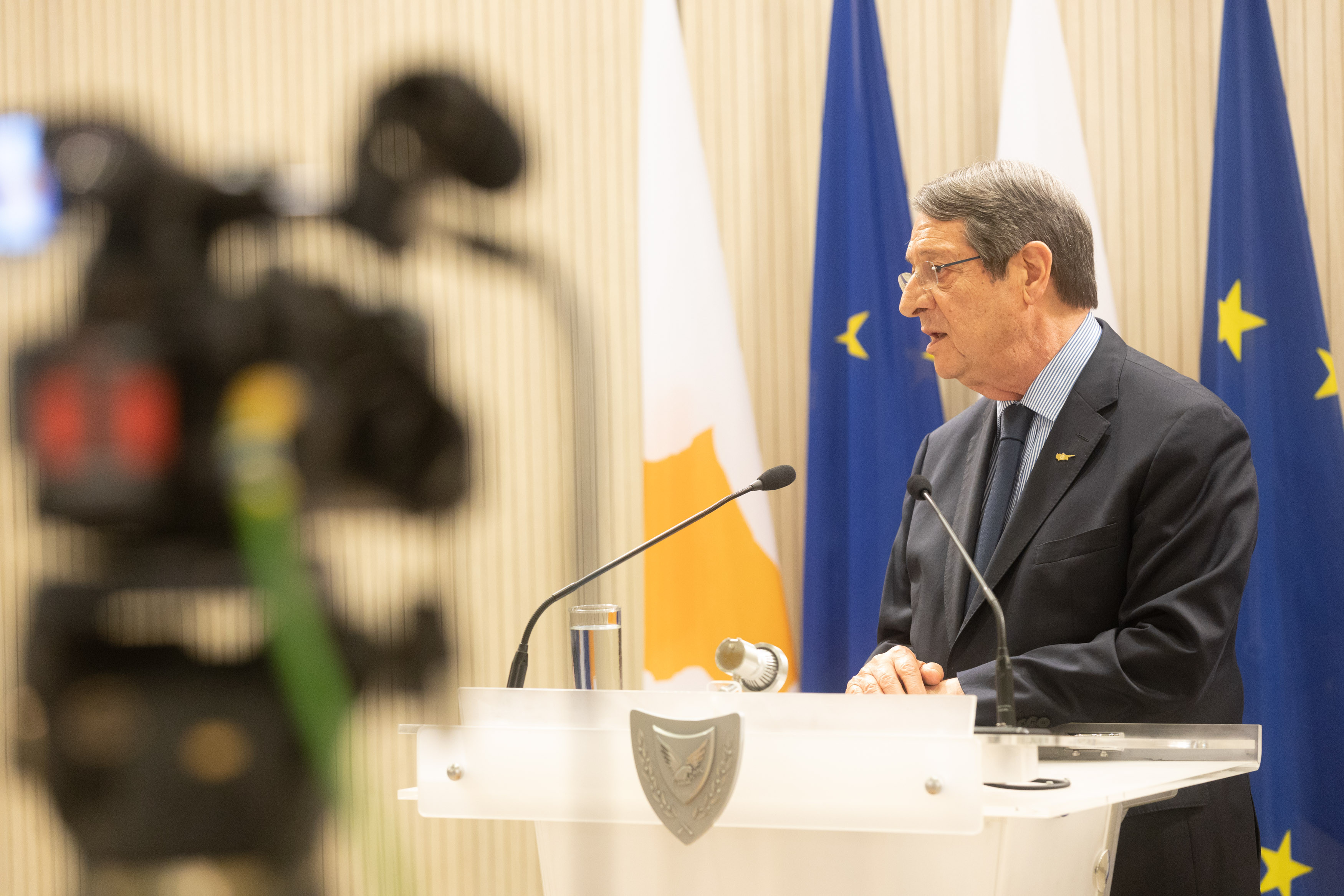 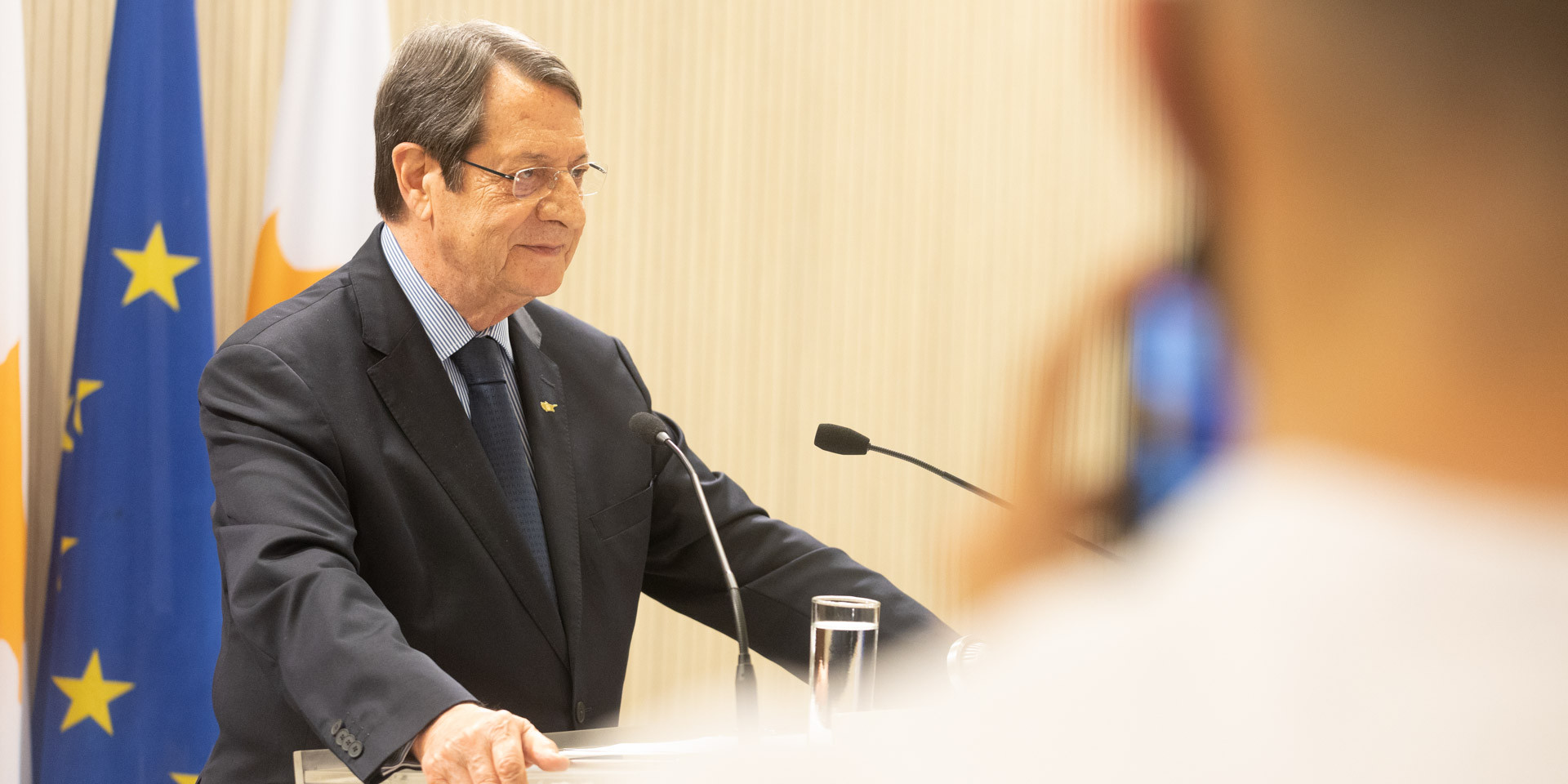 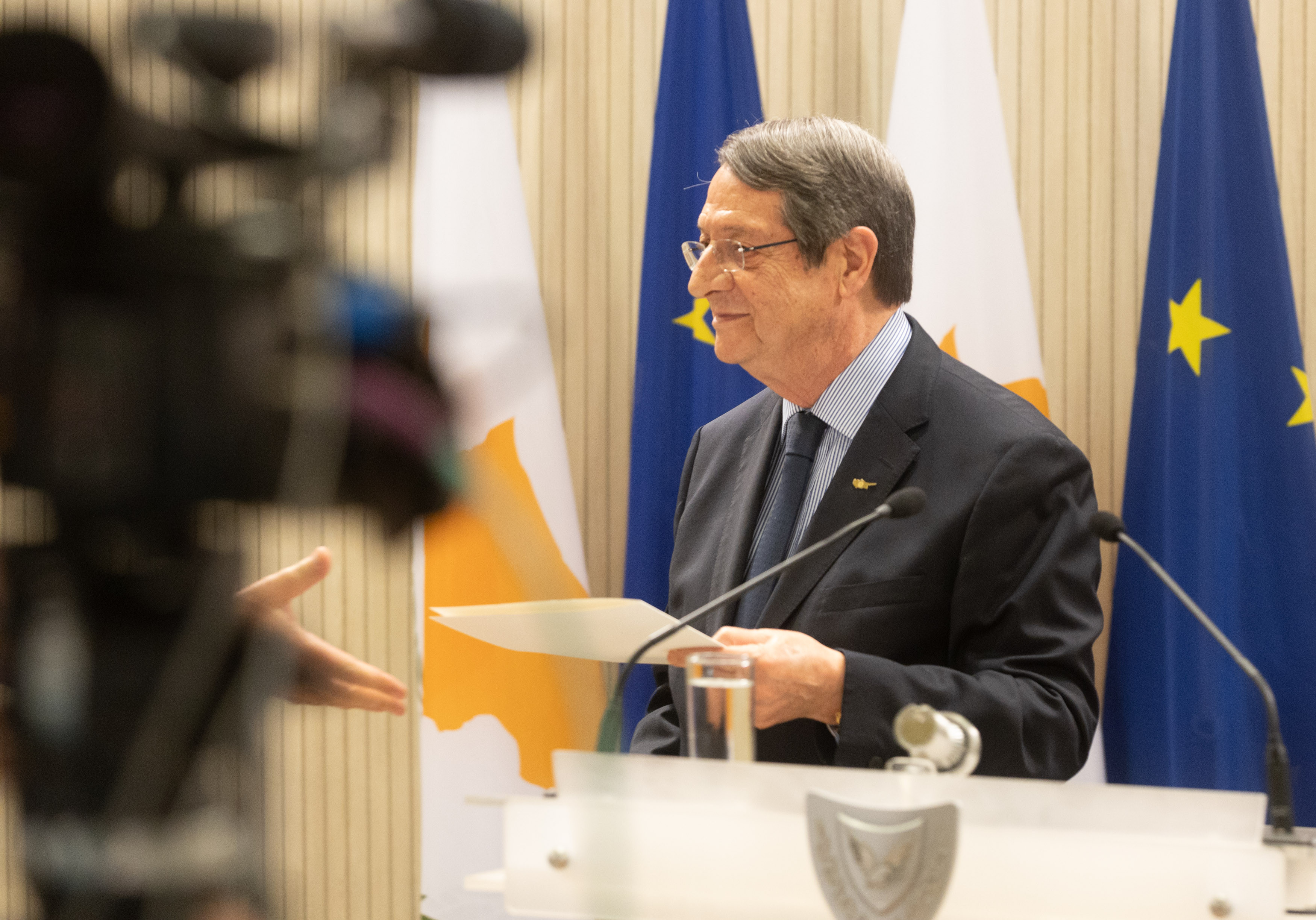 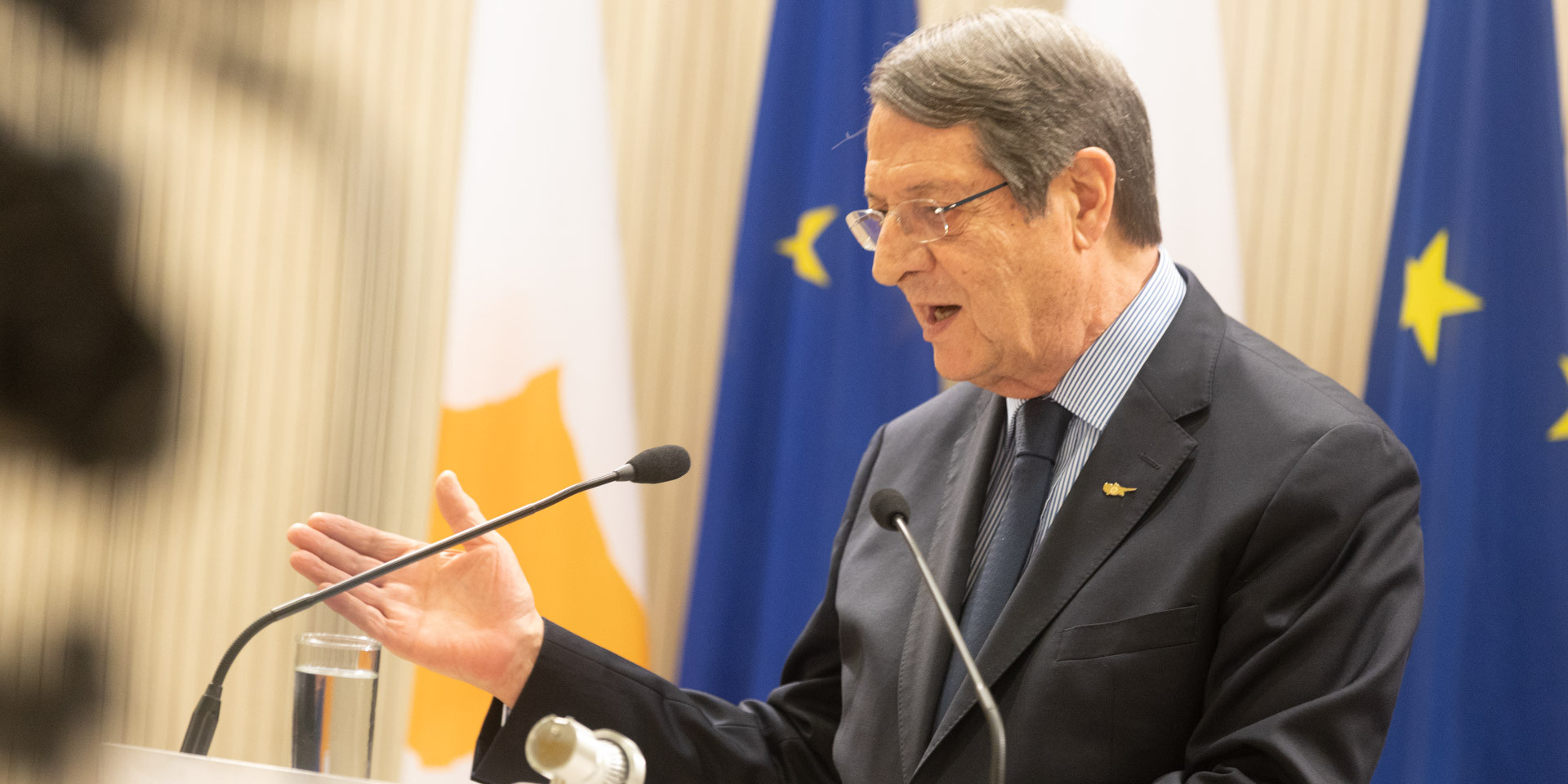 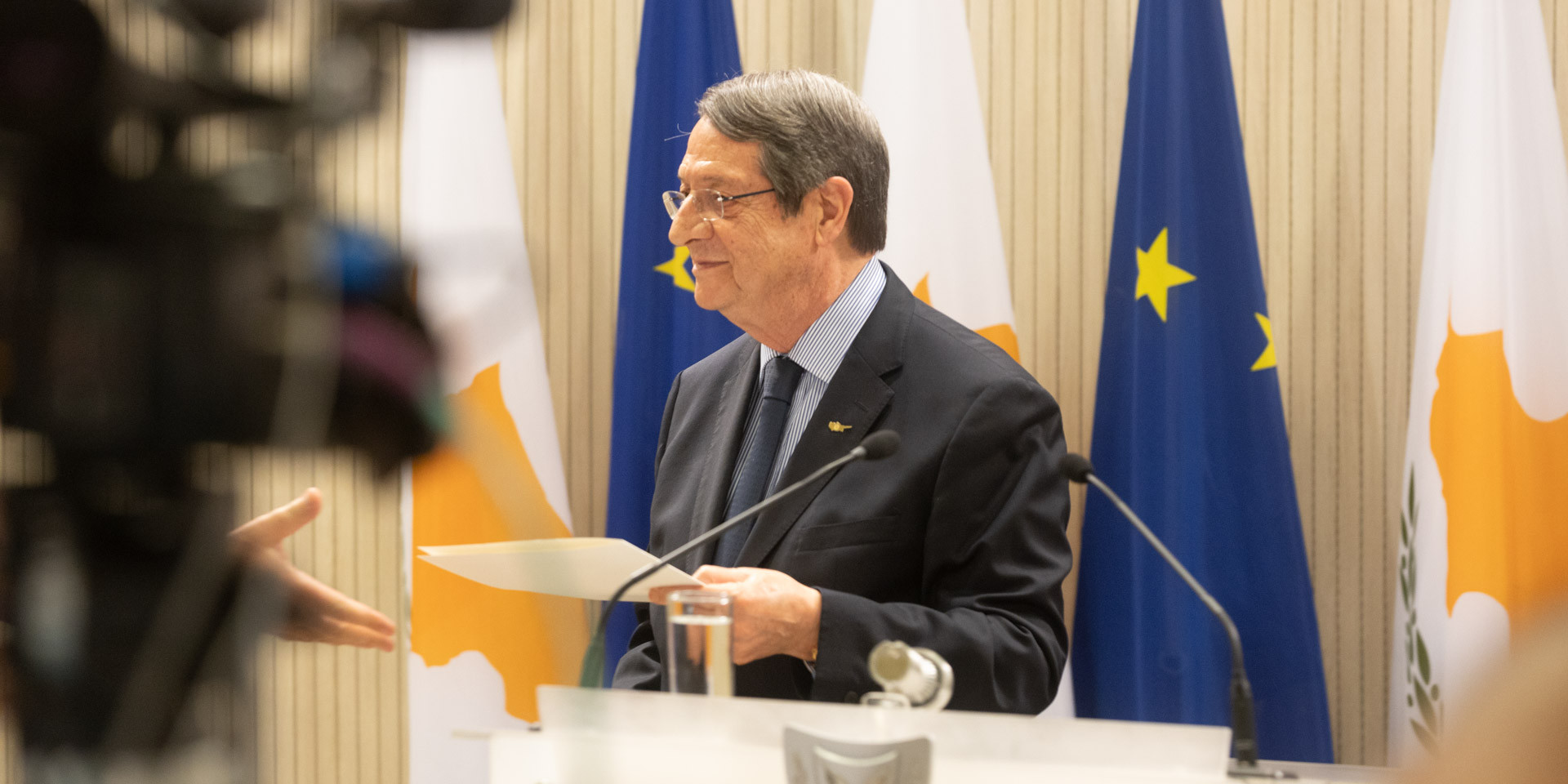 Remarks by the President of the Republic on the Parliamentary Elections

The day after the elections must be characterized by a sense of increased responsibility towards our homeland, the President of the Republic Mr Nicos Anastasiades said tonight, adding that he intends to confer with the political leaders of the parties in the House of Representatives in its new composition once it convenes and has elected a new President of the Parliament.

In his remarks to the media tonight, at the Presidential Palace, the President of the Republic said that «I wish to express my full satisfaction for the excellent conduct of the elections that are decisive for the future.

The people gave their verdict, the result is absolutely respected but it also determines the responsibility of those that received their trust.

Congratulations to the political parties that have received the vote of confidence of the people.

Special congratulations to each and everyone who was elected, and to all those who have contributed to the electoral process through their candidacy.

I wish to point out that the pre-election process is one thing and the day after the elections is another.

The first is characterised by a given intense promotion of the positions or a critique within or beyond limits.

The day after the elections, however, should be characterized by a sense of intense responsibility towards our homeland.

That is why I invoke the patriotism that characterizes or must characterize every political force, in order to respond to the mandate of the people far from any pre-election agendas.

I am determined to move in this direction. I already intend to invite the leaders of the parties in the new Parliament so that we will find, in a climate of consensus and understanding, the road map for our homeland’s future.

We do not have the luxury of time. We must act immediately for the welfare and prosperity of the people of Cyprus. To meet the needs and expectations of every citizen, irrespective of what he or she has voted for, or has chosen,

Finally, I want to thank the Ministry of Interior and all the other Departments that contributed to the thoroughly excellent electoral process.

I call on you, as of tomorrow, all of us together, to move on for the good of our homeland, for the Cyprus of tomorrow».

A video of the President s statement may be viewed here. 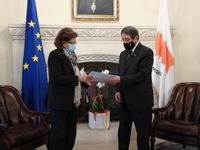