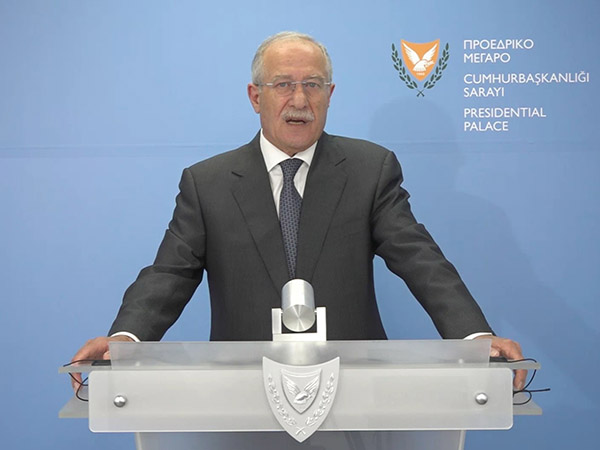 Address by the Government Spokesman of Cyprus, Mr Kyriakos Koushos, at the Conference «Artificial Intelligence – Intelligent Politics: Challenges and Opportunities for Media and Democracy

Good morning. It is for me a great privilege and a great pleasure to address the second day of the Council of Europe Conference of Ministers responsible for Media and Information Society.

Despite the challenges presented by the pandemic, this multi-stakeholder symposium has managed to bring together representatives at the highest political level and representatives and experts of the highest caliber from international organisations, academia, civil society and the media.

In 1997, Garry Kasparof, the reigning chess world champion of the day was defeated by Deep Blue, the first chess-playing computer in a match under standard chess tournament time controls. This incident gave humanity some insight into Artificial Intelligence and its potential. A lot has happened since that first glimpse into the future that is now our present.

Today, Artificial Intelligence is not just sitting opposite us playing chess, it is not even opposite us. It is sitting with us, involved in almost everything we do, in every aspect of our lives. It is in the palm of our hand, it is within modern society’s operating system.

We have gathered here to discuss and agree upon actions required to address specifically the ongoing and radical changes that Artificial Intelligence has brought to the media and information environment. We heard yesterday from keynote speakers and experts how digitalisation is affecting the exercise of freedom of expression and the substantial impact it is having on other human rights and freedoms. We also heard about and discussed the changing environment in media and information, what needs to be done to ensure the safety of journalists and how to bolster the resilience of freedom of expression protection frameworks in this time of crisis. We all recognize and celebrate the positive advancements that have resulted from the technological boom of the last 30 years, while simultaneously acknowledging the need for checks and balances.

Today we move to the stage of political commitment and firm engagement to safeguard a healthy media ecosystem and by extension healthy democratic processes and societies.

As government spokesman and through my daily collaboration with journalists and news organisations I see how search engines, social media platforms and other online services have taken over large parts of the distribution of news and information. This has had an impact on the business models of traditional journalism, the resources available for journalism as well as on journalists’ working conditions, rendering them more vulnerable. The COVID-19 outbreak has further amplified the challenges facing media, journalists and the communication space in general.

Equally, there is no doubt that the key role of journalists and other media actors in shedding light on unlawful activities, corruption, crime and abuse of power often leads to their exposure to intimidation, threats, harassment and violence. Furthermore, they can be subject to abusive litigation even to the point of illogical deprivation of liberty, and in some extreme cases to torture and even death. Member States have a duty to protect the physical and psychological integrity of all individuals within their jurisdiction.  An attack aimed at silencing a journalist not only violates that person’s human rights, but on a larger scale it is also an affront to our collective deeply held value of freedom of expression, and specifically the right to hold opinions, and seek and impart information.

Preventing journalists and other media actors from pursuing truth or encouraging self-censorship is exacerbated by aggressive rhetoric, disinformation/misinformation campaigns organised by certain political and private actors in response to critical reporting. Dark marginal political forces are increasingly using social media and other digital platforms for direct communication with their base avoiding journalists, not only pushing them out of the public debate but biasing unsuspecting audiences, depriving them of the facts and of the truth. This is why we have to do all we can to help journalism regain its proper place, help news organisations rediscover their role and especially help the public return to trustworthy, reliable journalism.

For this, we need immediate, effective action. This Conference offers us the appropriate forum to take specific decisions and commit to pursuing their implementation.

So, I would like to thank everyone for their presence and contribution today. The Republic of Cyprus is honored to host such a timely and significant conference.

Thank you for your attention.

A video of the Government Spokesman’s address may be viewed here.

Address by the Minister of Interior, Mr Nicos Nouris, at the ceremony for handing over refugee housing units by the Ambassador of Poland, on behalf of the Republic of Poland

The Nicosia Declaration was adopted

Closing speech by the Minister of Interior, Mr Nikos Nouris, at the Conference “Artificial Intelligence – Intelligent Politics: Challenges and Opportunities for Media and Democracy”

Statement of the Minister of Interior, Mr Nicos Nouris, at the press conference on the completion of the Conference of Ministers responsible for Media and Information Society of the Council of Europe