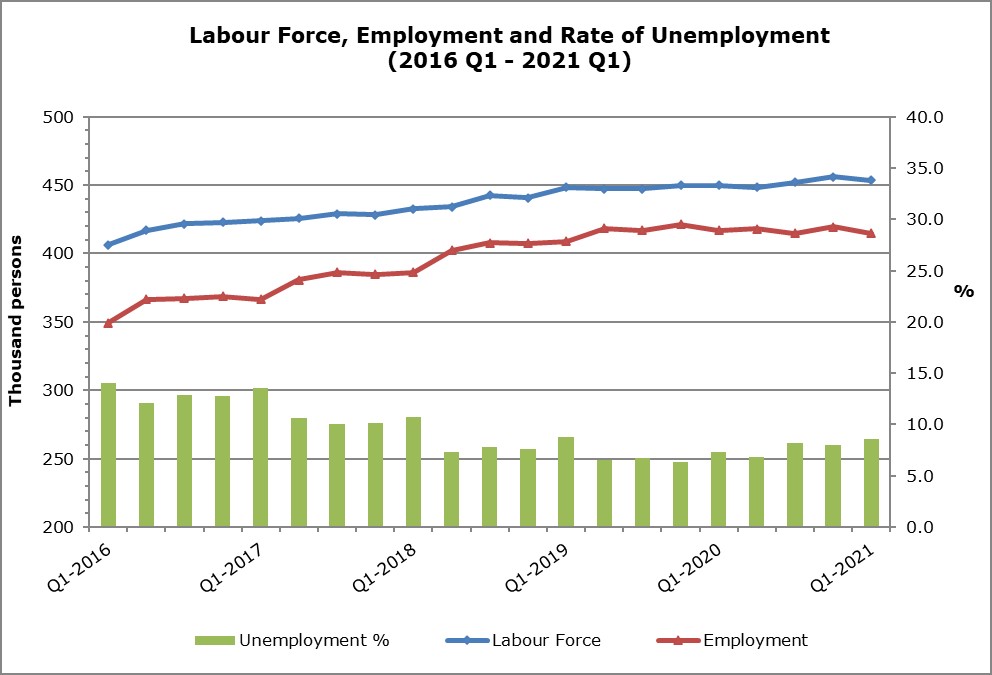 The Labour Force survey (LFS) is conducted in all European Union member states in accordance with the Regulation (EU) 2019/1700 of the European Parliament and of the Council, every quarter. The aim of the survey is the collection of data which are useful in the formulation of policy on labour matters (employment, unemployment) and for pursuing and evaluating of the programs that are applied both by the Government and by the European Union.

Price Index of Construction Materials: May 2021