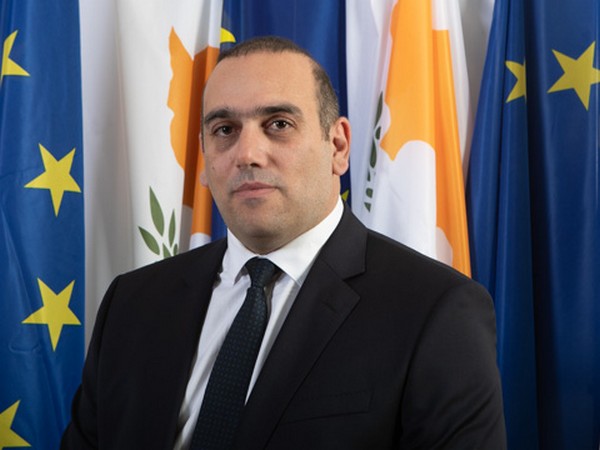 Address by the Minister of Transport, Communications and Works Mr. Yiannis Karousos at the Cyprus Hotel Summit & Exhibition “Act Local, Think Global: A Roadmap for Recovery” organized by the Cyprus Hotel Association

It is with great pleasure that I am attending the 43rd Hotel Conference and Exhibition "Act Local, Think Global: A Roadmap for Recovery" organized by the Cyprus Hotel Association (PASYXE) in collaboration with IMH. It is well known that, due to the coronavirus pandemic, the predictions for the tourist industry cannot be as positive as those we used to have before the outbreak of the pandemic.  Nevertheless, the data we have before us can be described as encouraging and we have to be optimistic and ascertain ourselves that with patience and persistence we can look positively to the future.

Undoubtedly, the effects of the COVID-19 pandemic on the hotel industry, especially over the past year, have been negative. As the air connectivity of the island is interrelated with the hotel and the tourism industry in general, the goal of the Ministry of Transport, Communications and Works was from the first moment to create those conditions that would allow the resumption of air traffic to and from the airports of the Republic of Cyprus.

In the field of aviation, in the first months of 2021, there was a 60% reduction in flights within and outside the European Union. 2020 was equally difficult for the industry, with a 54% reduction in passenger transport.  Recovering tourists’ confidence was the first step we tried to take so as to ensure that the country's economy would not be paralyzed. The success of this goal was achieved by applying different approaches. From the beginning, we implemented, among other, the revised health and safety protocols at the airports of Cyprus and proceeded to the new epidemiological categorization of the countries (green, orange and red).

Also, in order to facilitate the travel arrangements of all those travelling in Cyprus and to ensure that all necessary information required by the Health authorities is collected efficiently, we have created the online portal Cyprus Flight Pass where the passenger can complete all the necessary formalities in a quick and easy way and receive the authorization to fly.  Additionally, as of July 1, 2021, the Republic of Cyprus will accept the digital certificate for travel to Cyprus (EU Digital COVID Certificate (EUDCC)).

Furthermore, through the connectivity Incentive Plan, we have succeeded in ensuring a continuous flow of passengers at the airports of Cyprus. The Incentive Plan was implemented for the first time on the 1st of July 2020 and was recently renewed by the Council of Ministers to extent until the end of 2021. The Incentive Plan has been positively assessed as, among others, it has attracted airlines to create a base in Cyprus, “helped” new airlines to include Cyprus in their flight destinations from where there was little or no connectivity in the past.

The budget of the Incentive Plan for the period of July to December 2021 amounts to € 8.8 million. It is expected that, through this Plan, the average route occupancy rate will rise to 74%.  Furthermore, it is expected that about 46 airlines which will handle 880 thousand departing passengers to 110 destinations will be benefited through this Plan.

At this point, it is worth noting that when the first Incentive Plan was completed in December 2020, 33 airlines benefited from the connectivity scheme and the total incentive amount reached € 1.98 million. In that particular period, the total departing incentivized passengers were only 148.607 and the average route occupancy rate reached 52.4%. For the period January - June 2021, the average route occupancy rate is estimated to rise to 63%.

The COVID-19 crisis created new opportunities, allowed us to see things in a different way and invited us to "invest" creatively. Our efforts have been fruitful as in May 2020, at Larnaca and Paphos airports, the passenger traffic was only 9,887, while a year later, in May 2021, the passenger traffic reached 250,147. The percentage of variance between 2020 and 2021 increased positively by 2428%.

Our efforts yield results and this can be noticed by the arriving flights on a weekly basis.  Specifically, during the first week of June 2021, 334 flights arrived at Larnaca and Paphos airports.  For the week June 28 to July 4, 2021, 543 flights are expected to arrive at Cypriot airports, while for the last week of August, we are expecting 834 flights to arrive from abroad.

It is important to mention at this point that despite the fact that some important tourist markets for Cyprus such as the United Kingdom and Russia remain closed, with the above measures taken, we have created new opportunities for tourism by counterbalancing new destinations.

When one refers to the tourist industry, should not ignore the tourists who arrive on our island from the ports of Limassol and Larnaca. As far as cruise tourism is concerned, there is already an increasing interest from shipping companies for the inclusion of Cyprus in their cruise ship program. Already three of the largest companies specializing in cruise tourism, have informed us that their cruise ships will arrive in Cyprus, both of which will be based in the port of Limassol.

Finally, I would like to point out that during the EU Transport Council, which took place on 3 June 2021 in Luxembourg, I presented a Declaration on Air Connectivity. The Declaration, which was prepared on the initiative of Cyprus, was submitted jointly by eight Member States of the European Union, namely Cyprus, Greece, Slovakia, Hungary, Poland, Lithuania, Estonia and Romania.  The Declaration aims to confront the problem be extending beyond the year the temporary support status of the aviation sector.   Due to its insular nature, Cyprus is perhaps more influenced than any other EU Member State in terms of its connectivity with the other Member States of the Union.  I would like to mention that with the Declaration we seek, among other things, the preparation of an interim Action Plan with a time horizon of three years in order to help the sector to recover.

We are very pleased that in the midst of a pandemic we managed to attract airlines to Cyprus and to restart the air transportation. Nevertheless, we remain focused on our effort to achieve the fastest possible recovery of the aviation sector in Cyprus. With the recovery of aviation, the tourism industry will be revived and the local economy will be able to gradually regain the positive indicators it had in the pre-pandemic era.

Crises always create opportunities. Having this in mind, our efforts aim towards getting the best result for Cyprus. The challenges that arose, the preventive actions that were taken and the opportunities that were created and capitalized on by the Government enabled us today to be optimistic as regards to the handling of this crisis in tourism.

Succeeding in a period of crisis is not a farfetched dream. Undoubtedly, we have a long way to go until we return to the normality we used to be in the past. However, I was and I remain optimistic that the Cypriot hotel industry will recover quickly and that it will be able to face any new challenges that may arise, both locally and internationally.

Limited services at the Makarios Avenue Post Office in Lemesos