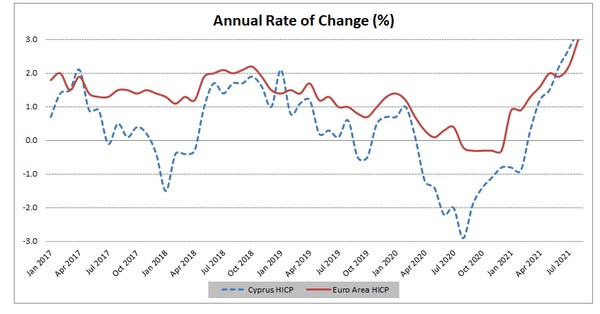 Compared to August 2020, the largest changes were noted in Housing, Water, Electricity, Gas and Other Fuels and Transport with percentages of 15,2% and 9,2% respectively. (Table 1)

Compared to July 2021, the largest change was recorded in Food and Non-Alcoholic Beverages with a percentage of 5,4%. (Table 1)

For the period January – August 2021, compared to the corresponding period of the previous year, the largest change was noted in Transport (6,0%). (Table 1)

Launch of the new Web Portal of the Statistical Service on 1st November, 2021