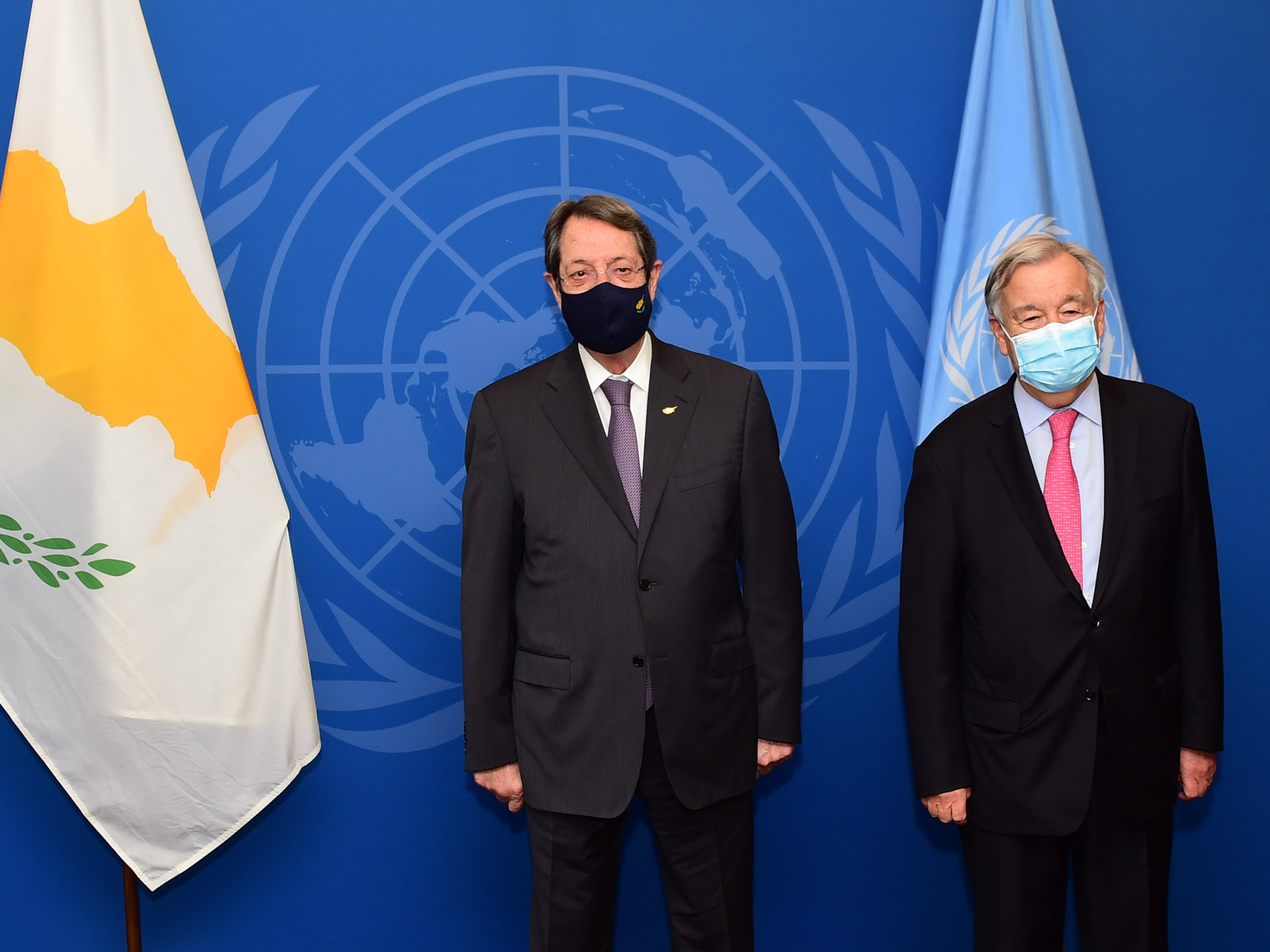 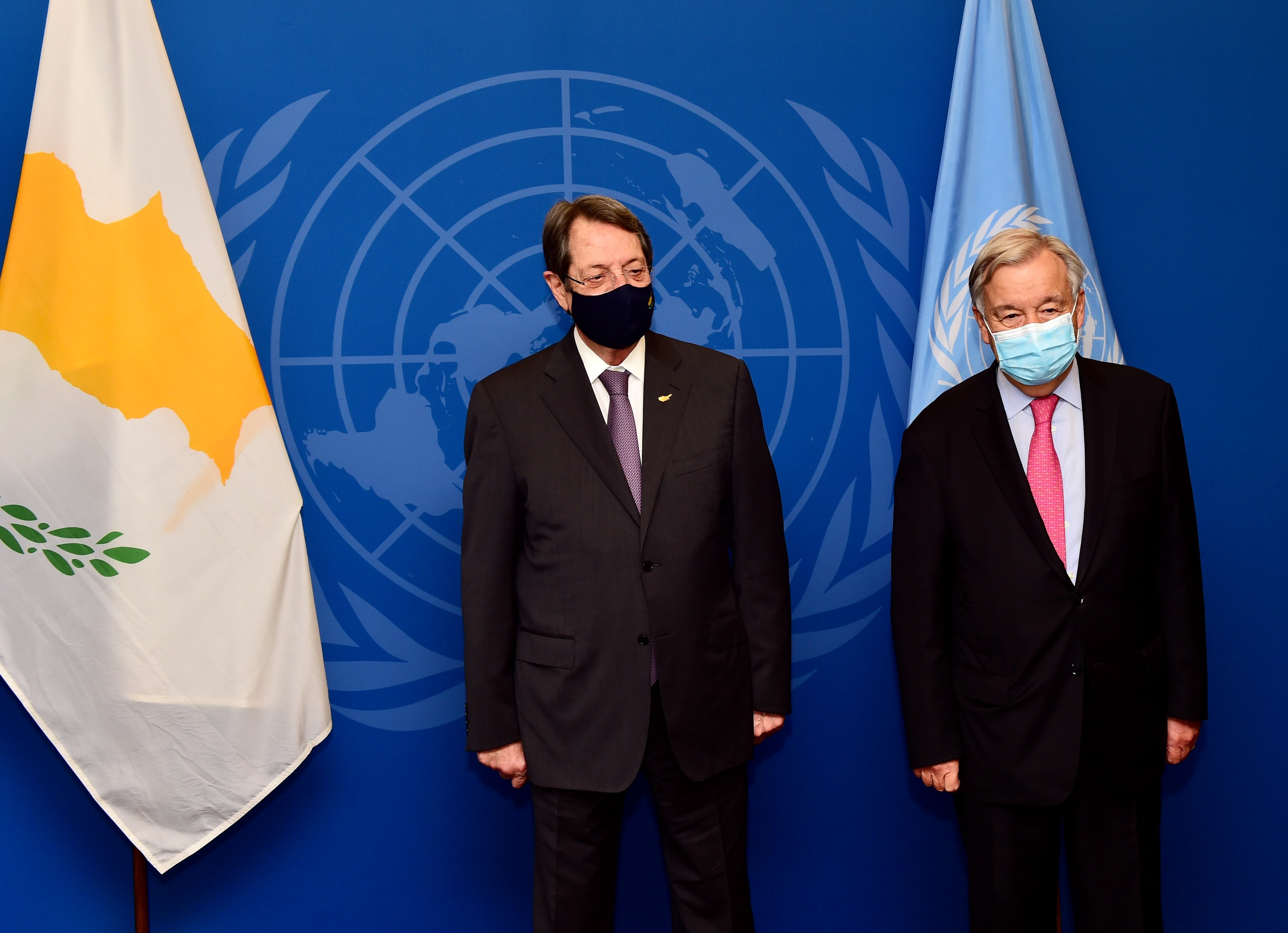 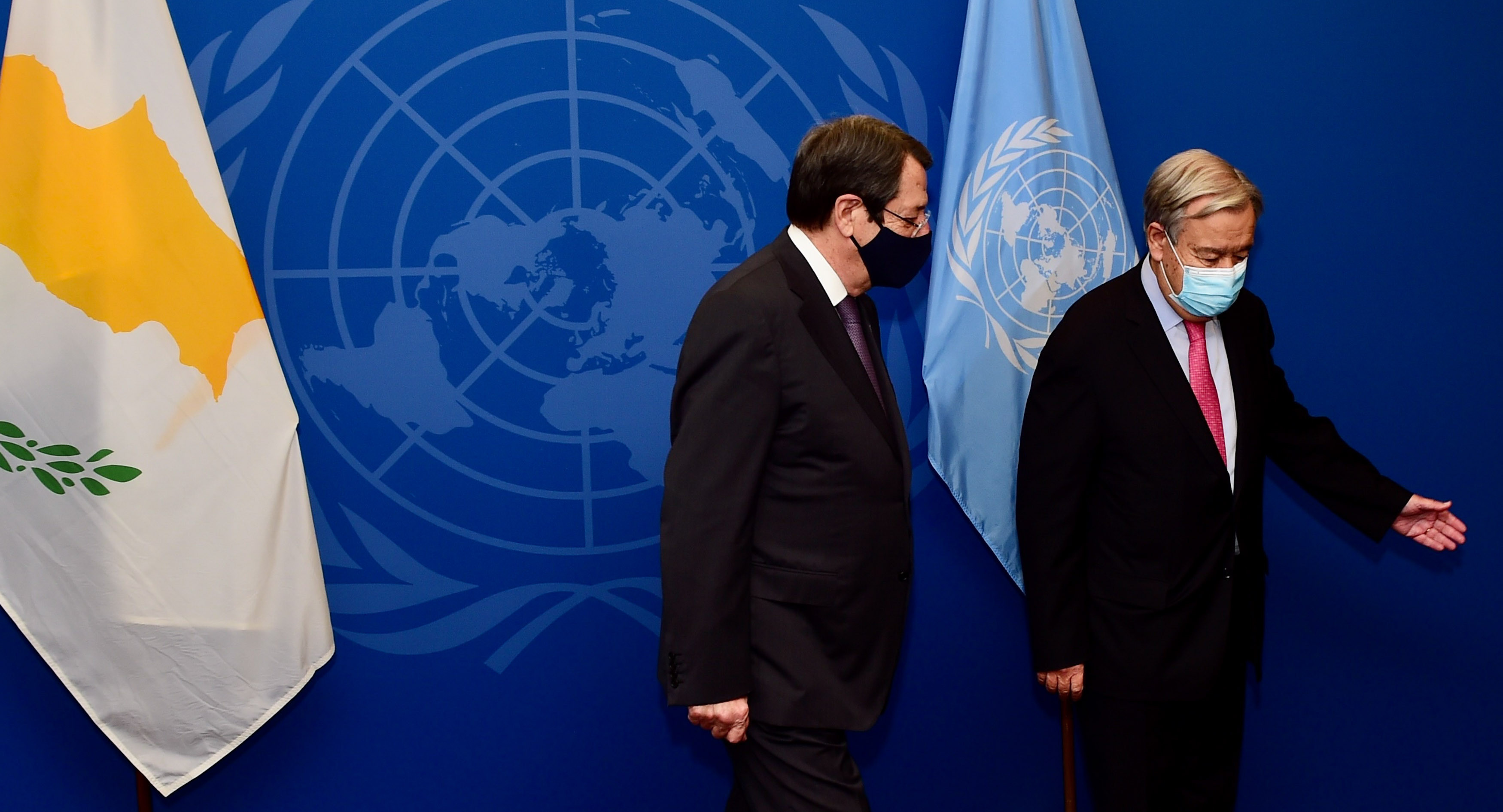 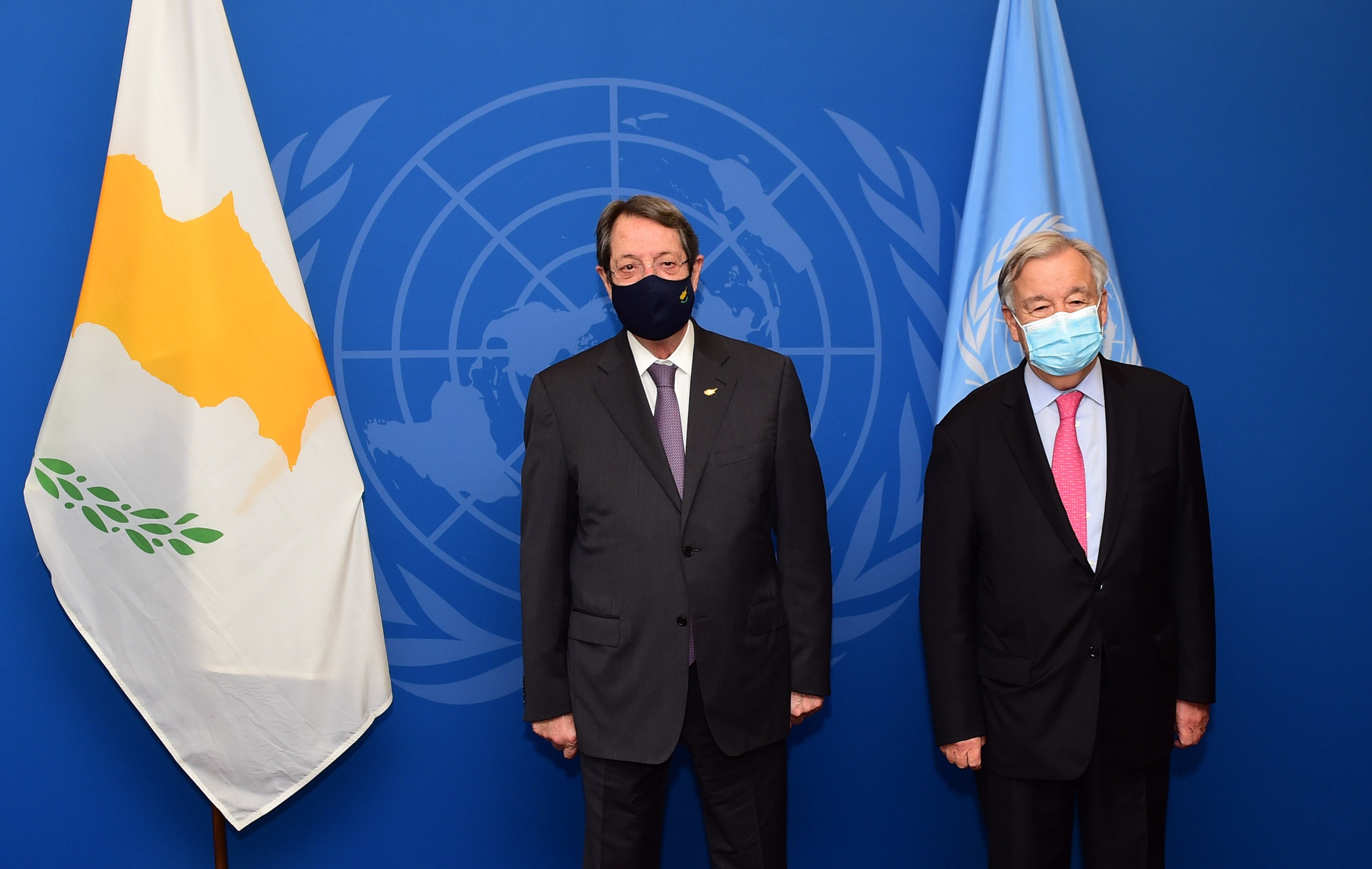 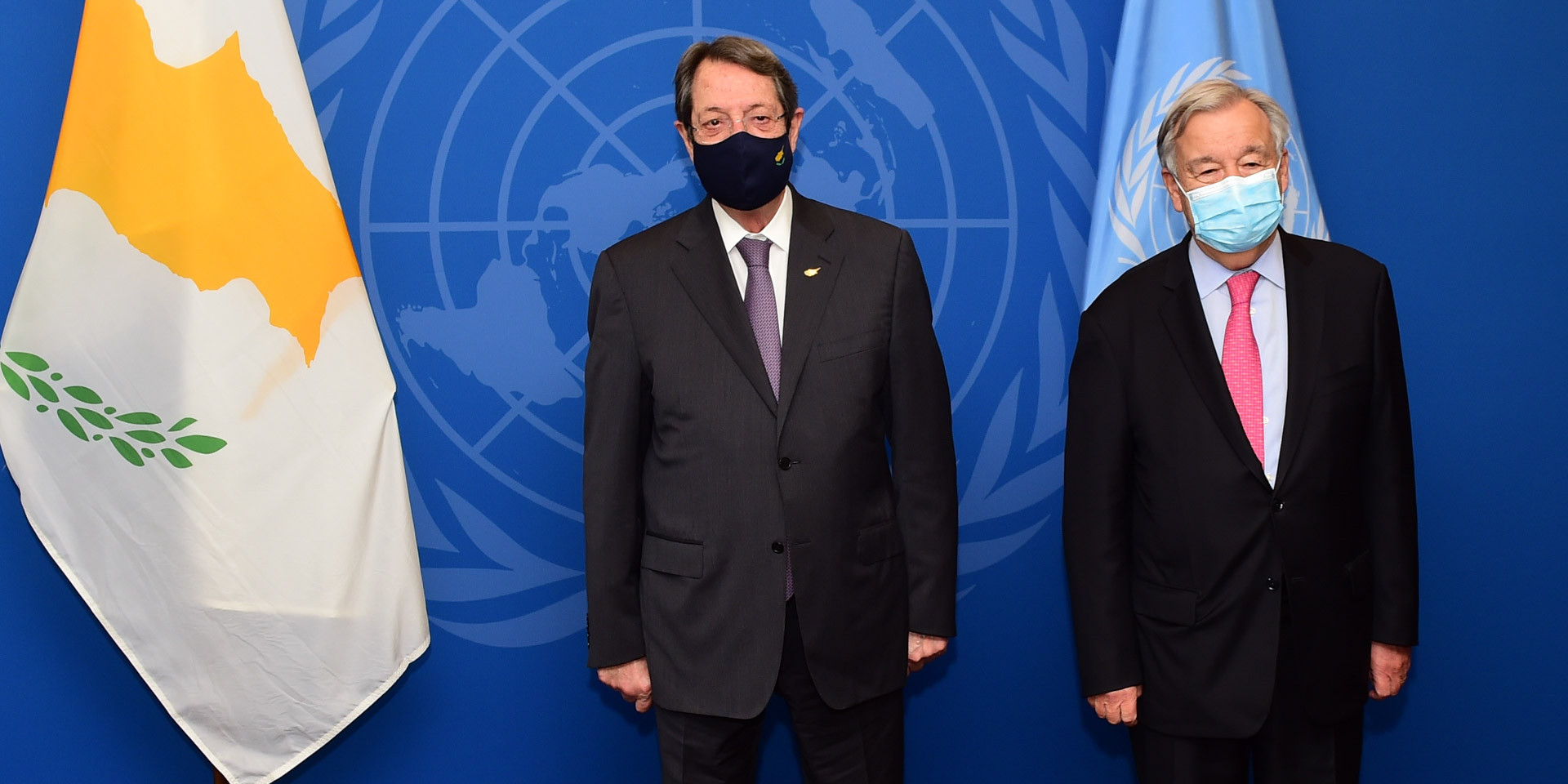 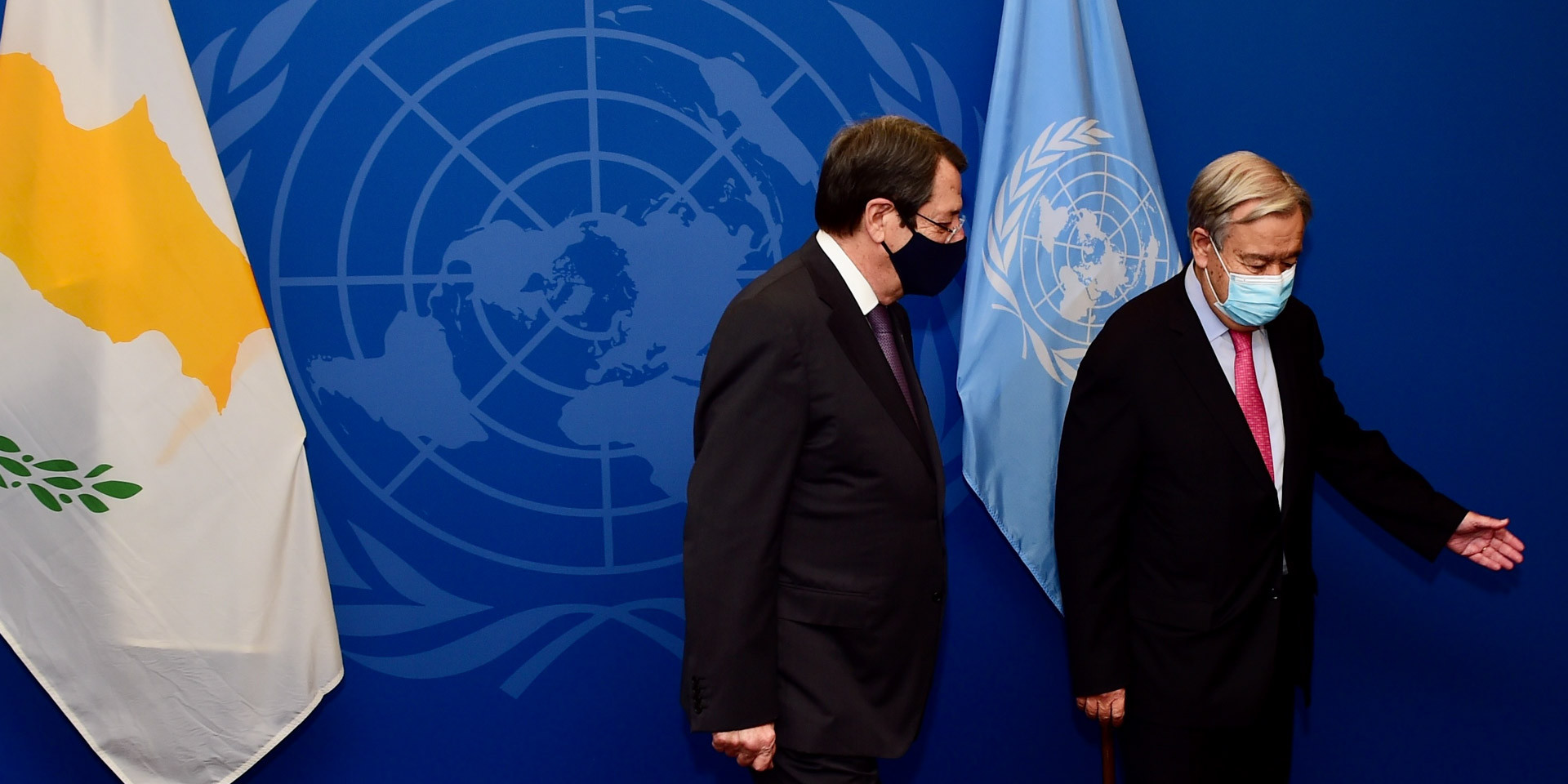 The President of the Republic met with the UN Secretary General

The President of the Republic, Mr Nicos Anastasiades, met yesterday, 21 September, in the afternoon, with the United Nations Secretary General, Mr Antonio Guterres, at the UN Headquarters, in New York.

Present at the meeting were also the Minister of Foreign Affairs, Mr Nikos Christodoulides, the Government Spokesman, Mr Marios Pelekanos, the Permanent Representative of the Republic to the UN, Mr Andreas Hadjichrysanthou and the member of the President’s Diplomatic Office, Mr Pantelis Pantelides.

After the meeting, which began at 6pm (local time), and lasted for about 20 minutes, the President of the Republic, in his remarks to the Media said that “the meeting with the Secretary General was held in a creative atmosphere.

We have stated our views, our positions and how a creative dialogue without prerequisites could resume.

I have elaborated on some positions and ideas and we have agreed that everything that concerns the Cyprus problem will also be discussed during the lunch we will have on the 27th of September with Mr Tatar.

Let’s hope that all will go well so that there is a new prospect for Cyprus.”

Photo Album – PoR – Doxology for the Patron Saint of Thessaloniki