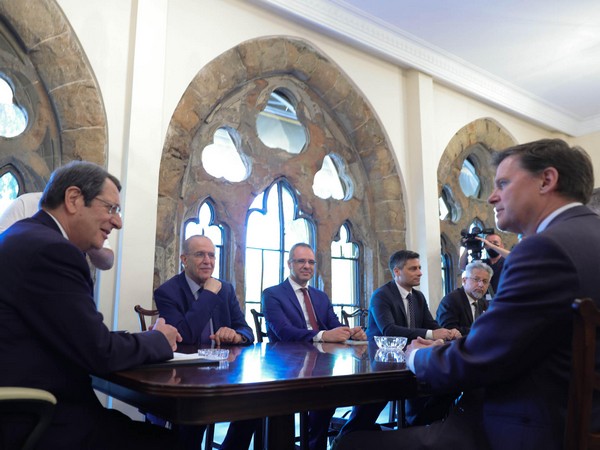 After the meeting, Mr Stewart told reporters that his meeting with the President takes place prior to his trip in New York, for the renewal of the UNFICYP mandate.

He added that with the President «we had a very good meeting, I thanked him for the support of the Greek Cypriots for the terrible fire that has been raging in the north over a few days last week. The UN of course stands in solidarity with the Turkish Cypriots over this disaster. It illustrates a fundamental point about this island and that is the solidarity amongst Cypriots. When the time came, there was unhesitating and unquestioned assistance from Greek Cypriots for Turkish Cypriots, who were in this difficult situation and I think this is a very positive thing.

I discussed with His Excellency the need to build trust between the people as a foundation, for finding some way to move forward on the political process and we can see and we discussed how trust is at a low point and things seem to be going in the wrong direction and therefore the need for doing whatever we can to rebuild that trust without which it will be very difficult to move forward on the political process.»

Asked if the Turkish provocations in Varosha will be included in the report of the Secretary General, he replied «absolutely, every development on the ground is carefully detailed in the SG’s reports and obviously it is up to the Security Council to decide how to react, but that is one of our jobs, to report objectively and in detail on all the developments that happen on the ground in last six months.»

Replying to another question, Mr Steward said that «I think one of the fundamental problems facing us, and Mr Anastasiades agreed on this, is the general lack of trust on both sides and this is something we agreed to focus our efforts on, otherwise it is going to be difficult to find a path forward for a political settlement. »

Concluding, he said that «I’ll be seeing Mr Tatar this afternoon and I’ll be raising some of the same subjects with him.»

The deliberations of the World Conference of Overseas Cypriots began