Research and Development Activity in Cyprus in 2020

On the basis of the results of the survey carried out by the Statistical Service for the collection of data on scientific research and experimental development, total R & D expenditure in Cyprus in 2020 is estimated at €184,8 million which corresponds to 0,85% of the Gross Domestic Product, compared to €164,4 million or 0,71% of the GDP in 2019.

It is worth noting that Cyprus exhibits one of the highest average annual growth rates in R&D expenditure, at 10,7% over the period 2000 – 2020, compared to 4,0% of the European Union for the same time period.

In the business enterprise sector, the information and communication sector constituted the principal source of R & D activity, with a total R & D expenditure of €47,0 million, while of importance was also the contribution of the manufacturing industry (and particularly the manufacturers of basic pharmaceutical products and preparations and of computer, electronic and optical products and electrical equipment) with €26,0 million. 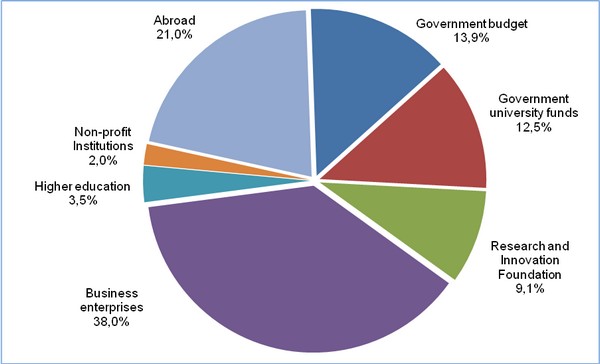 Data cover all R&D activities in the Government controlled areas of Cyprus and refer to the calendar year.

A similar, with regard to its structure and content, questionnaire is used for all sectors of performance, with only minor differences in order to accommodate certain special features of each sector.

The survey can be considered as a census in terms of R&D expenditure and personnel.

The data collection is carried out in accordance to the provisions of the Commission Implementing Regulation (EU) No 995/2012 laying down detailed rules for the implementation of Decision No 1608/2003/EC of the European Parliament and of the Council concerning the production and development of Community statistics on science and technology. It uses the definitions, concepts and methodology of the “Frascati Manual”, developed by the Organisation for Economic Co-operation and Development, which forms the proposed standard practice for surveys of R&D and is also used by the Statistical Office of the European Union (Eurostat).

Scientific research and experimental development (R&D): comprise creative work undertaken on a systematic basis in order to increase the stock of knowledge, including knowledge of man, culture and society, and the use of this stock of knowledge to devise new applications.

R&D personnel: comprise all persons employed directly on R&D, as well as those providing direct services such as R&D managers, administrators and clerical staff. R&D personnel can be distinguished into three categories: researchers, technicians and other supporting staff.

Full-time Equivalent (F.T.E.): expresses the total time devoted to research by a person during one year. One F.T.E. may be thought of as one person-year which corresponds to one person working full-time on R&D during one year.

Government sector: is composed of (a) all departments, services and other bodies which furnish but normally do not sell to the community those common services, other than higher education, which cannot otherwise be conveniently and economically provided and administer the state and the economic and social policy of the community, (b) non-profit institutions controlled and mainly financed by government. Public enterprises are included in the business enterprise sector.

Business enterprise sector: includes (a) all firms, organisations and institutions whose primary activity is the market production of goods or services (other than higher education) for sale to the general public, (b) the private non-profit institutions mainly serving them.

Higher education sector: is composed of all universities, colleges and other institutes of post-secondary education, whatever their source of finance or legal status. It also includes all research institutes, experimental stations and clinics operating under the direct control of or administered by or associated with higher education establishments. 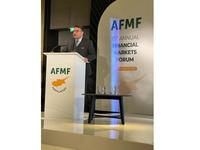