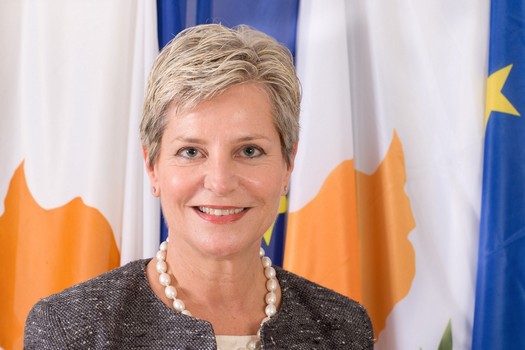 Address by the Minister of Transport, Communications and Works Mrs Vassiliki Anastassiadou at the Cyprus Internal Audit Forum 2019

The need for efficient and effective audit systems concerns each organization in both the public and private sectors. Once internal audit practices are properly adopted, the credibility of a business or an organization in terms of sound and efficient management of available resources, is materially enhanced.

The principles of integrity, objectivity, confidentiality and competence must always be enforced and the individuals who will be in charge of the internal audit function of an organization or a ministry must always rely on actual events. Their observations, opinions and recommendations must be sufficiently documented. They must also have the necessary knowledge, skills and experience required to perform their audit work efficiently.

Immediately after taking up its duties in 2013, the government of Mr. Nicos Anastassiades, set as one of its priorities, the strengthening of Internal Audit in all Public Services. For this reason, the Council of Ministers decided on 10/7/2013:

To approve the establishment and operation of Internal Audit Units in all Ministries, having as a model the Directorate of Control of the Ministry of Communications and Works, and that such Units are staffed with competent and uncorrupted personnel.

Furthermore, the Council of Ministers, by a new decision dated 6/11/2013, approved the guidelines on which the establishment and operation of the Internal Audit Units in Ministries should be based.

The Government considers that the establishment of the Internal Audit Units in all the Ministries responds to the demand for substantial and structural changes in public administration and to the improvement of governance. Such Units, when properly staffed and structured, add value by supporting and informing each Minister on key governance issues, thus providing valuable assistance in efficiently operating the Ministry and reaching the goals set.

As I have already mentioned, until about 2013 the primary audit within Ministries only existed at the Ministry of Transport, Communications and Works. This audit is essentially internal control and not internal audit. The Directorate of Control at the Ministry of Transport participates substantially in the operational activities of the Ministry. Its officers are members of bid evaluation committees, subscribe contractor payments to public contracts (as links to the process of executing such payments), and participate as members of procurement committees. The Directorate of Control does not perform internal audit duties, as internal auditors cannot be involved in an organization's operational activities. When the Directorate of Control was created initially as a branch in the Department of Public Works in 1961, it was indeed called a "control section".

In the Financial Accountability and Financial Framework law of 2014 (20 (I) / 2014), Article 80 refers to the Internal Audit and Internal Control Systems and states that:

The Internal Audit Service of the Republic was established in accordance with the Internal Audit Law of 2003 and carries out the internal audit of the Public Service of the Republic of Cyprus, which includes the Public Educational Service, the Police, the Army and the National Guard. Its mission, as a central authority for internal audit, is mainly the strengthening of management and control systems, as well as taking the role of advising the audited organizations in order to make them more productive and to ensure their smooth functioning, for the benefit of public interest, good administration practices, as well as the provision of high quality services with minimum cost.

The General Auditor’s Office carries out independent external audit and its operation and independence is provided by the Constitution of the Republic of Cyprus.

In conclusion, I would like to emphasize that audit is the foundation for good and effective governance, whether we are talking about an organization or the government.

Museums, Archaeological Sites and Ancient Monuments will re-open to the public on the 1st of June