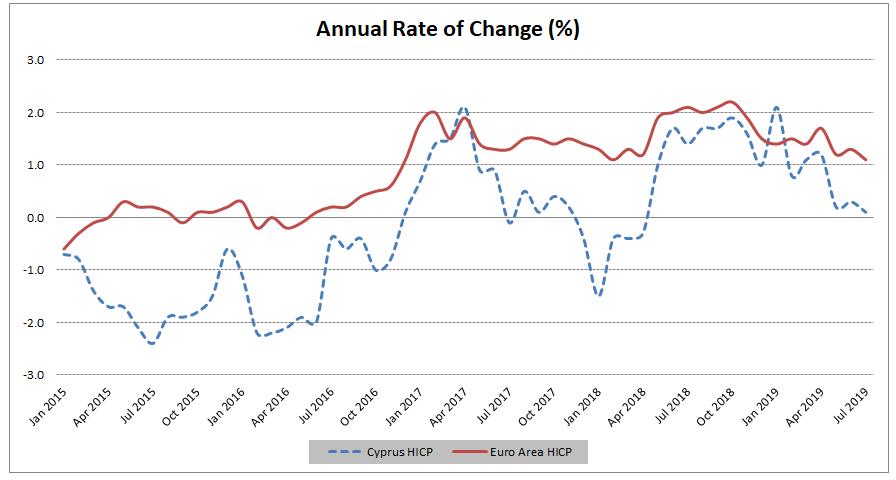 Compared to July 2018, the largest change was noted in category Housing, Water, Electricity, Gas and Other Fuels with a change of 4,7%. (Table 1)

For the period January - July 2019, compared to the corresponding period of the previous year, the largest change was noted in Housing, Water, Electricity, Gas and Other Fuels (7%). (Table 1)