Cookies management by TermsFeed Cookie Consent
Recent News
The President of the Republic will participate in the Summit of the nine Mediterranean states of the EU (EUMED-9), in Spain
Industrial Production Index: July 2022
Statements by the Government Spokesman on the EUMED-9 Summit in Spain
The Ambassador of the Republic of Cyprus, Ms Polly Ioannou, presented her credentials to the Secretary General of the League of Arab States
Imports, Sales and Stocks of Petroleum Products: August 2022
Average monthly earnings of employees: 2nd quarter 2022
Photo Album - Permanent Secretary of Interior Ministry – One-day seminar on “Inspection and Assessment of the Risk of Buildings and Presentation of Visual Inspection Forms of ETEK Buildings”
The Medieval Castle of Pafos was lit up in yellow by the Department of Antiquities for the “Gold in September” world campaign against childhood cancer
High Commissioner Mr Giorgos Ioannides presented his credentials to the Governor General of Canada
Photo Album - Transport Minister – Press conference for launching ‘Fix Cyprus’ application 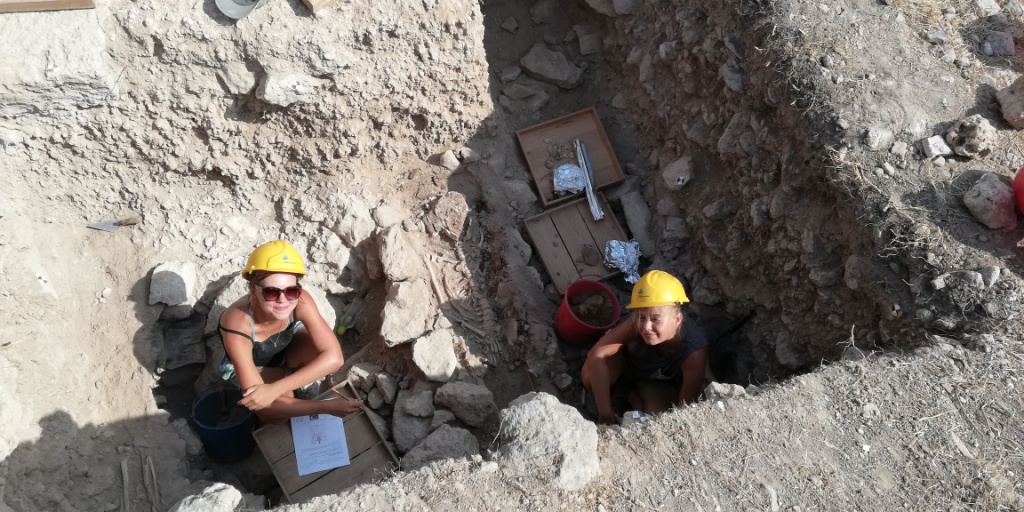 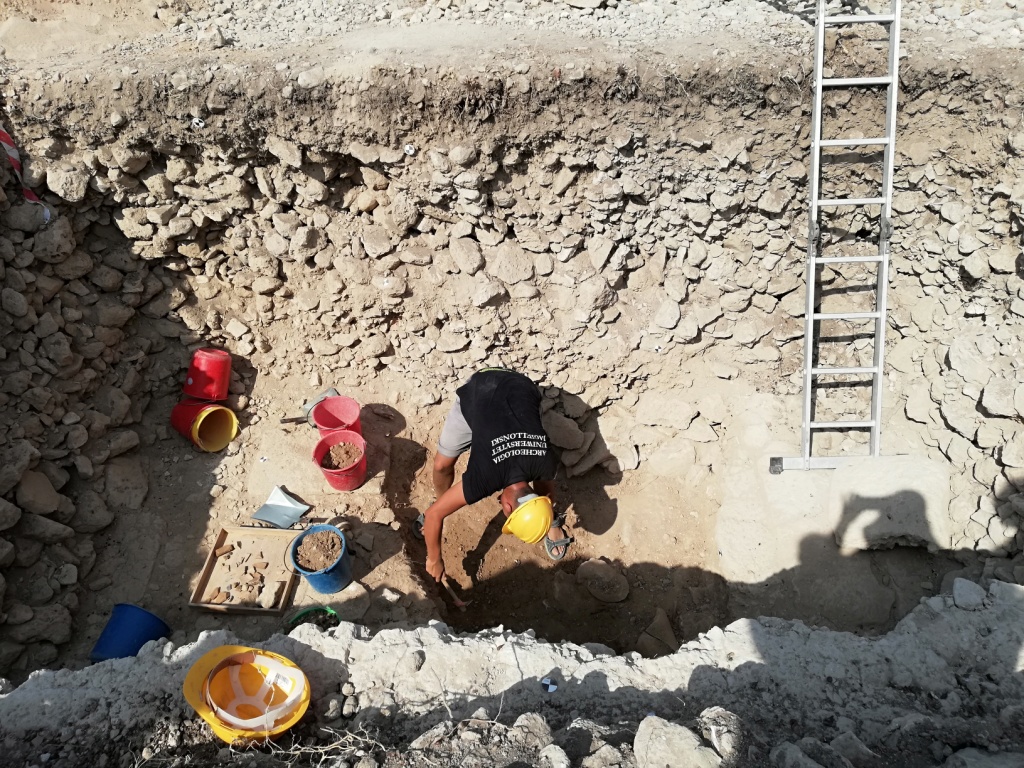 The Department of Antiquities, Ministry of Transport, Communications and Works, announces the completion of the 2019 excavations of the Department of Classical Archaeology of the Institute of Archaeology, Jagiellonian University, Kraków, Poland, within the framework of the Pafos Agora Project (PAP). The PAP, which has been running since 2011, examines the economic infrastructure and activity of the city, not only on the basis of excavations in the Agora itself, but also outside of it, throughout the entire Archaeological Site of Kato Paphos, based on prospection with the use of non-invasive geophysical methods.

Researchers from the Warsaw Technical University and the University of Hamburg participated in the 2019 field season, which took place during August and September 2019. Two main goals were set: 1) determining the size of the Agora in the north, and 2) identifying streets flanking it from the north and from the east. Excavations were carried out at four points. The main research focused on three trial trenches (TT): on TT.VI, which began being investigated in 2018, and on two new ones founded in 2019 on the basis of the results of a geophysical prospection carried out in previous seasons. The first is TT.VII located on the north extension of the West Portico of the Agora, the second is TT.VIII on the north extension of the East Portico, whereas the fourth point, where excavations were carried out, was in TT.II, i.e. the East Portico, where the research was continued within the room, R.22, discovered last year, and whose exploration has not been completed.

Of the research tasks mentioned above, the second goal was met. In all trial trenches, it was possible to reveal either the street surfaces themselves (in TT.VIII) or the infrastructure associated with them (channels and collector in TT.VI and TT.VII). However, the northern border of the porticos was not discovered. An important result of the research was achieved in TT.VIII, i.e. the confirmation of the further route of the street marked as P in the city plan reconstructed by J. Młynarczyk (1990), which was also revealed to the south of the theatre by the expedition from Sydney, Australia. The PAP research in this year's season has also positively verified the route of street no. 1a, which is an extension of the internal line of the Agora’s West Portico (in TT.VII). However, street no. 2a was discovered in a slightly different place than it would appear from the reconstruction of Młynarczyk - about 20m to the east (TT.VI).

It should be emphasised that the studied area had been levelled in many places and subjected to robbery exploration, which has hindered the exploration and interpretation by the PAP. The recreation of the history of the studied area was also impeded by the unexpected discovery of several skeletal burials (TT.VII) dug into earlier structures. At present, not much can be said about the nature of this small necropolis. It cannot be ruled out that it may be related to an unearthed basilica, which may have been located a little further to the north-west from TT.VII. The existence of this basilica was suggested during the initial analysis of geomagnetic research carried out as part of the PAP by the University of Hamburg in the area in 2016. More can be said once the research using the C14 method of dating on the remains of graves, primarily the wooden casket from grave 2, has been completed. It seems that the above-mentioned features, discovered in 2019, can be dated to the late Hellenistic and early Roman periods, while the cemetery could rather be dated to the late Roman period.

In parallel with the excavations, a small-scale geophysical survey, as well as the preservation of the metal objects and studies on conserved metal objects and coins have continued. In addition, a short study campaign on the anthropological material (skeletal remains) discovered during excavations in previous years was completed.

Pafos Castle closed to the public due to conservation works