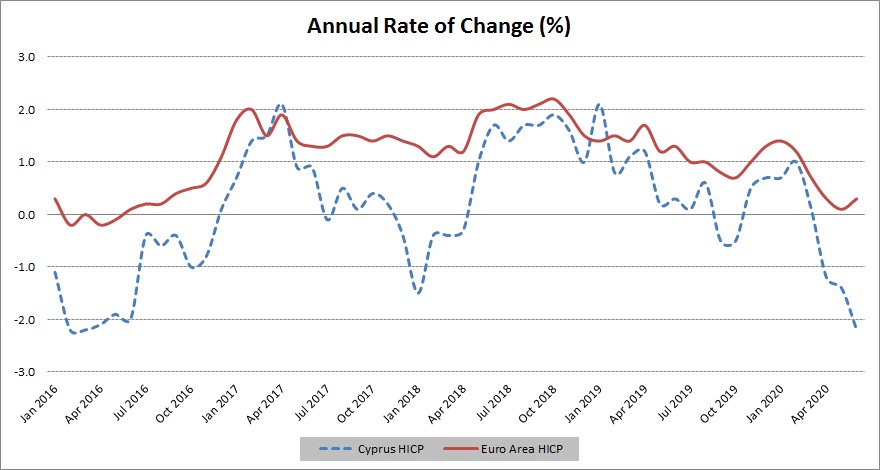 Note: The HICP in Euroarea forthe last month is based on EUROSTAT’s estimation (flash estimate).

Compared to June 2019, the categories Transport and Housing, Water, Electricity, Gas and Other Fuels had the largest negative changes with percentages of 8,5% and 5,5% respectively. (Table 1)

For the period January - June 2020, compared to the corresponding period of the previous year, the largest changes were noted in Transport (-3,3%) and Clothing and Footwear (-3,2%). (Table 1)

The implementation of precautionary measures and relevant decrees to address the negative consequences of COVID-19 disease had a direct impact on the price collection process of certain goods/services for the month of June 2020. As the problems anticipated were common to all Member States of the European Union they were tackled by applying the same methodologies under the supervision and guidance of the European Statistical Office (Eurostat).

• Missing prices were imputed by the price change of other products or services in the same subcategory,

• In the cases where all the prices were missing for a subcategory, then the previous’ month collected price data were taken as the price of the present month and it included prices that rarely change such as cultural services.