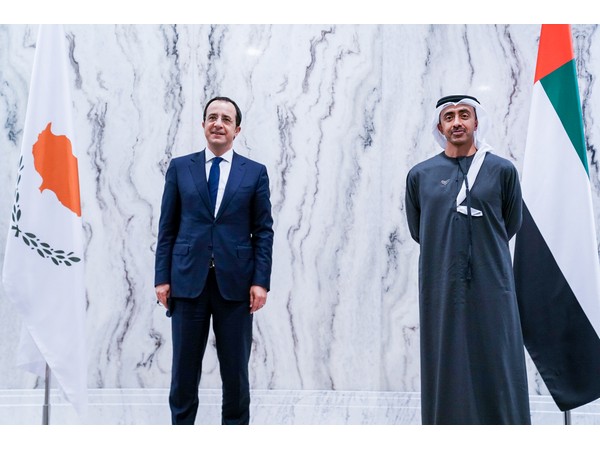 During their tête-à-tête meeting, as well as during the extended talks that followed with the participation of officials, the two Ministers had the opportunity to review the expanding spectrum of bilateral relations between Cyprus and the UAE.

Noting with satisfaction the excellent level of bilateral cooperation, the common approach of the two countries in a number of regional and international issues, as well as their mutual commitment to finding solutions to the problems of the broader region through dialogue on the basis of a positive agenda, the Ministers agreed that Cyprus and the UAE shall start bilateral consultations with a view to establishing a comprehensive strategic partnership on foreign policy and security issues.

Furthermore, it was agreed that the two sides speed up and conclude the process for concluding a number of bilateral Agreements that are under negotiation, including in the field of investment.

Messrs Christodoulides and Abdullah Bin Zayed Al Nahyan agreed on the need to further strengthen regional cooperation on the basis of good neighborly relations, without exclusions, and in this context stressed the importance of the interest expressed by the UAE for participation in the Eastern Mediterranean Gas Forum (EMGF), as well as the realization in the near future of the first official Cyprus - UAE - Greece trilateral meeting.

Earlier, the Foreign Minister visited the Federal Council of the United Arab Emirates, where he met with the President of the Council, Mr Saqr Ghobash. During the meeting, views were exchanged on, among other issues, the prospects for further strengthening of bilateral relations between the two countries, the importance of inter-parliamentary diplomacy, as well as EU-UAE relations and the role of the Republic of Cyprus as an EU member state located in the broader region.

Mr Christodoulides travels on to Riyadh today, for a one-day working visit to Saudi Arabia. 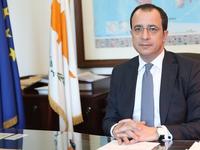