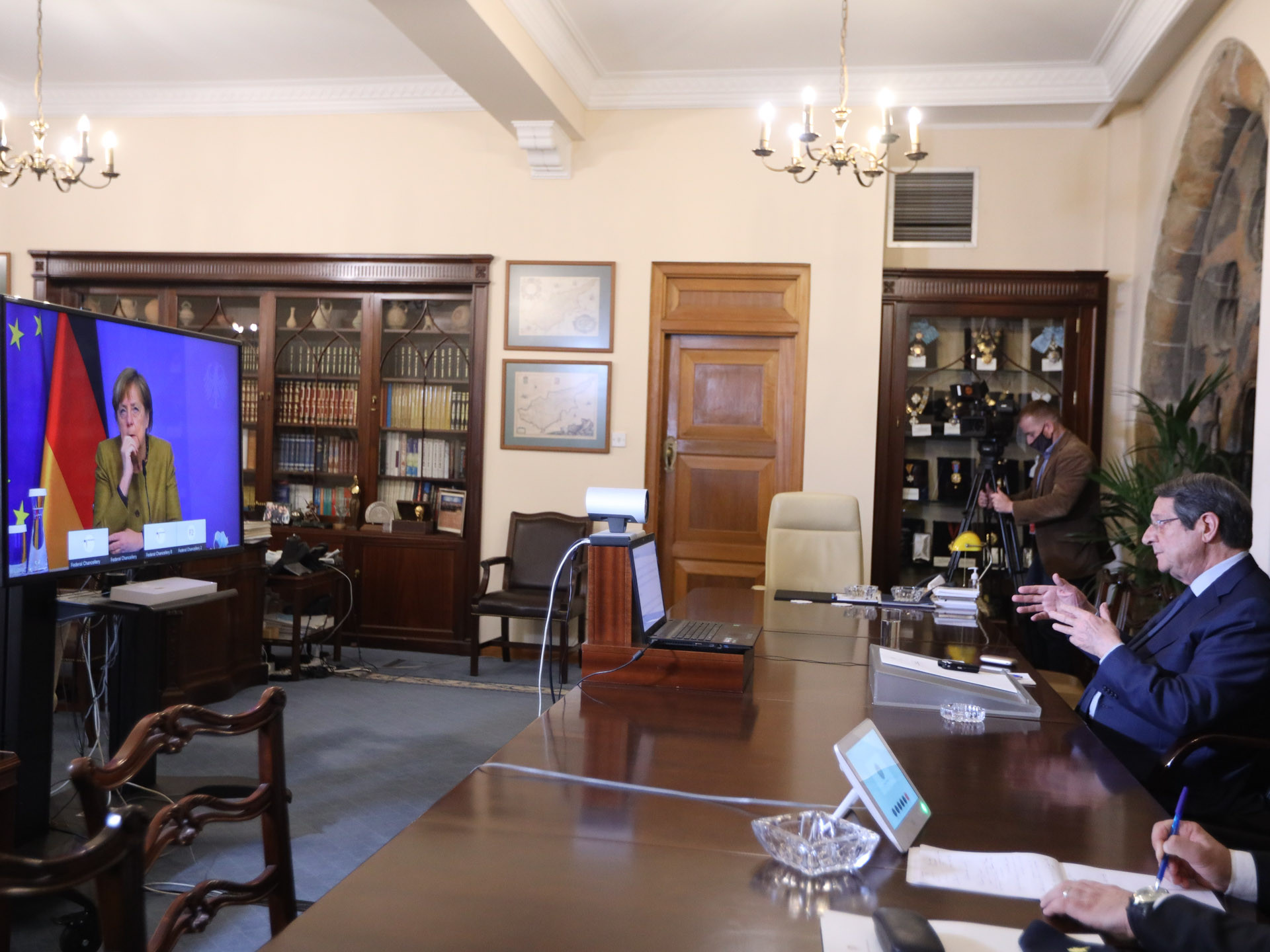 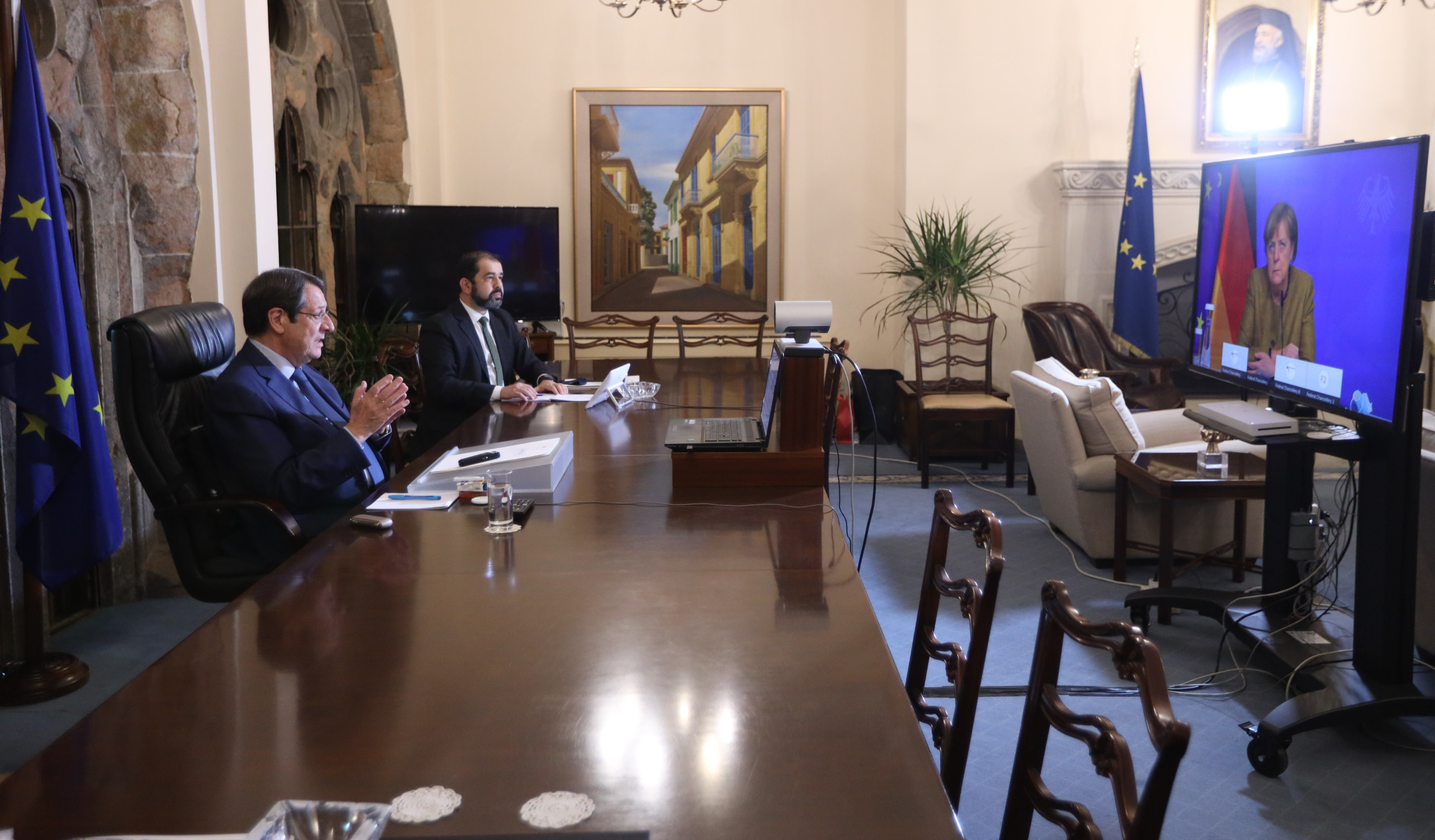 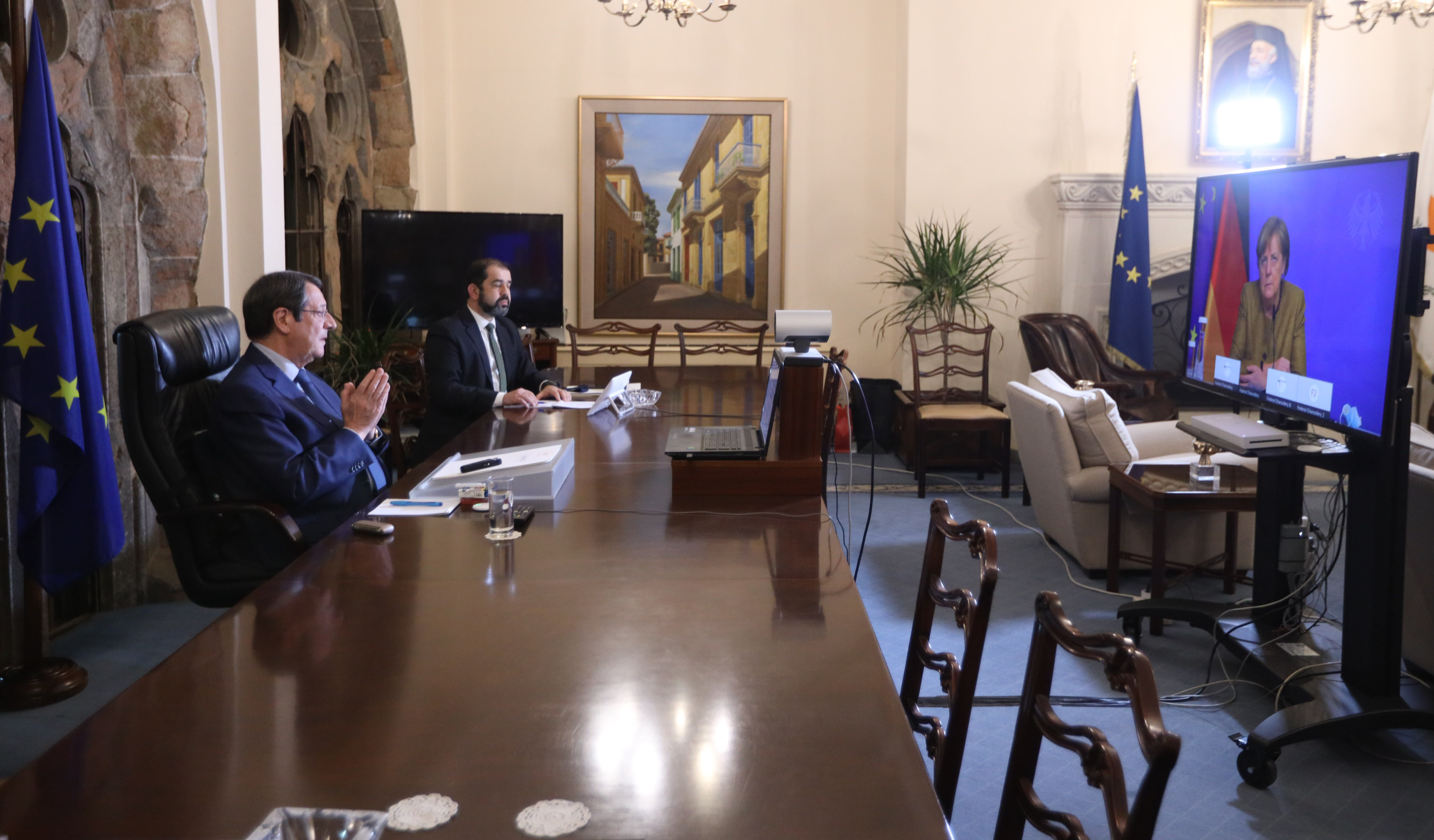 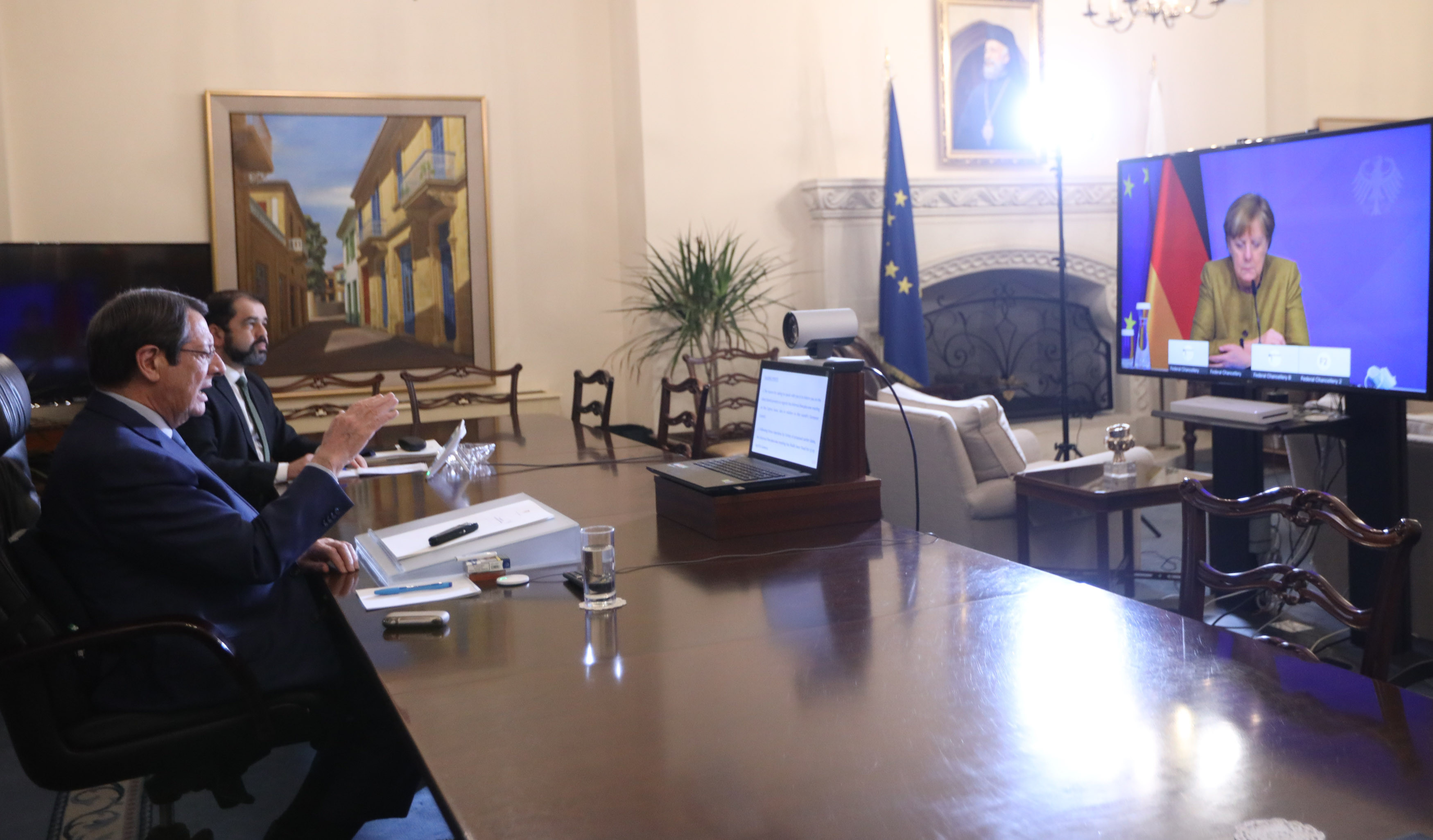 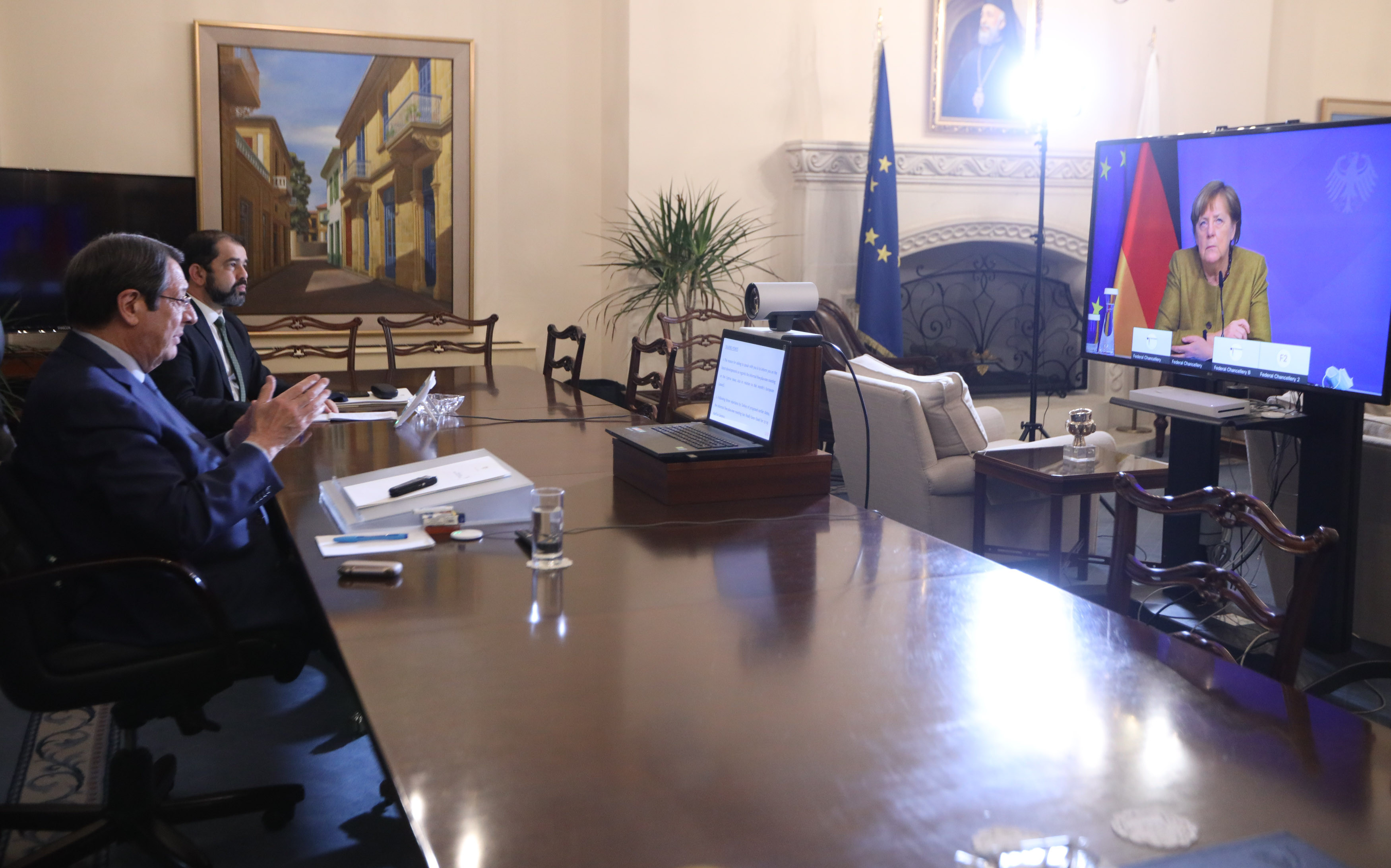 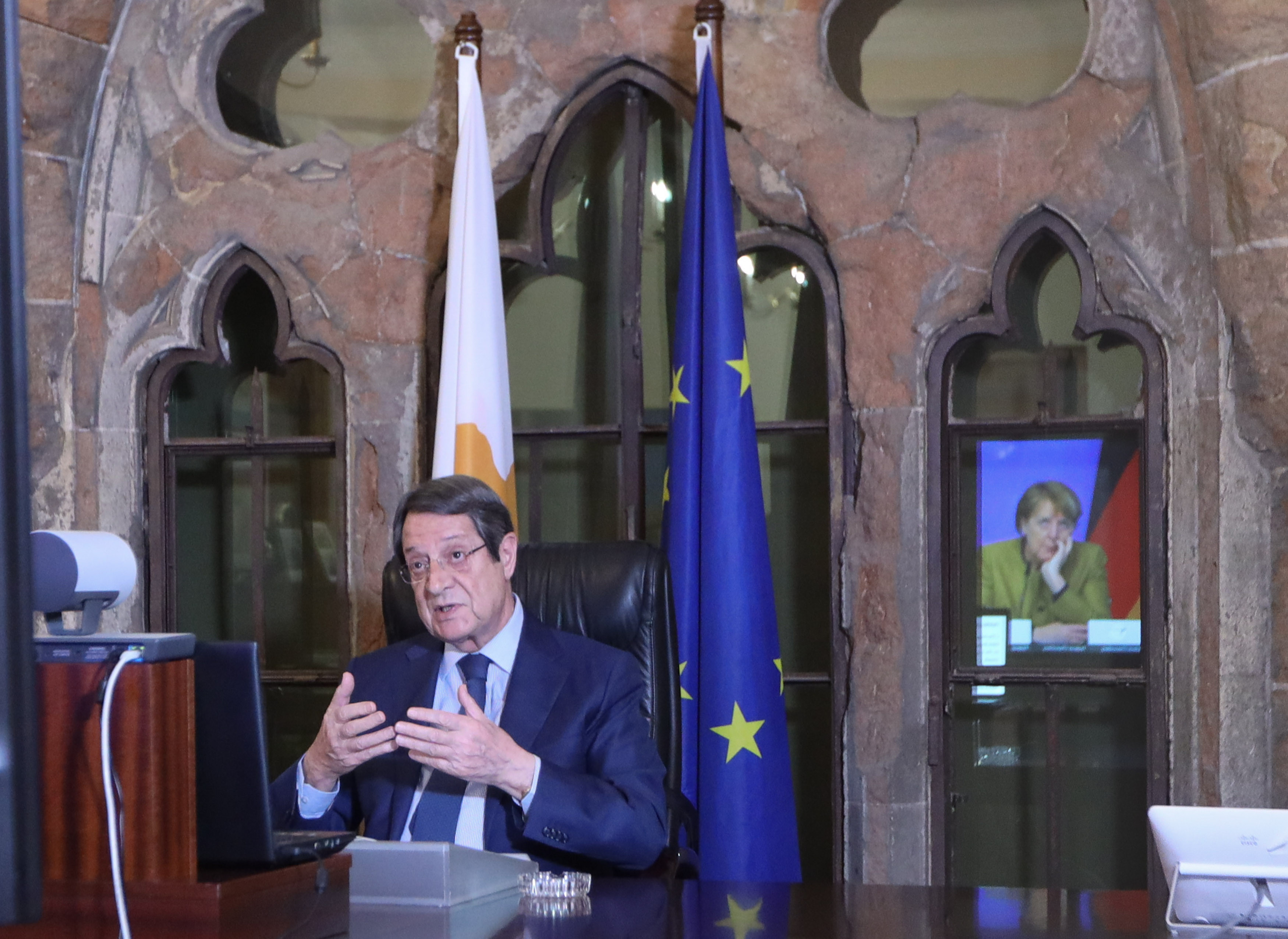 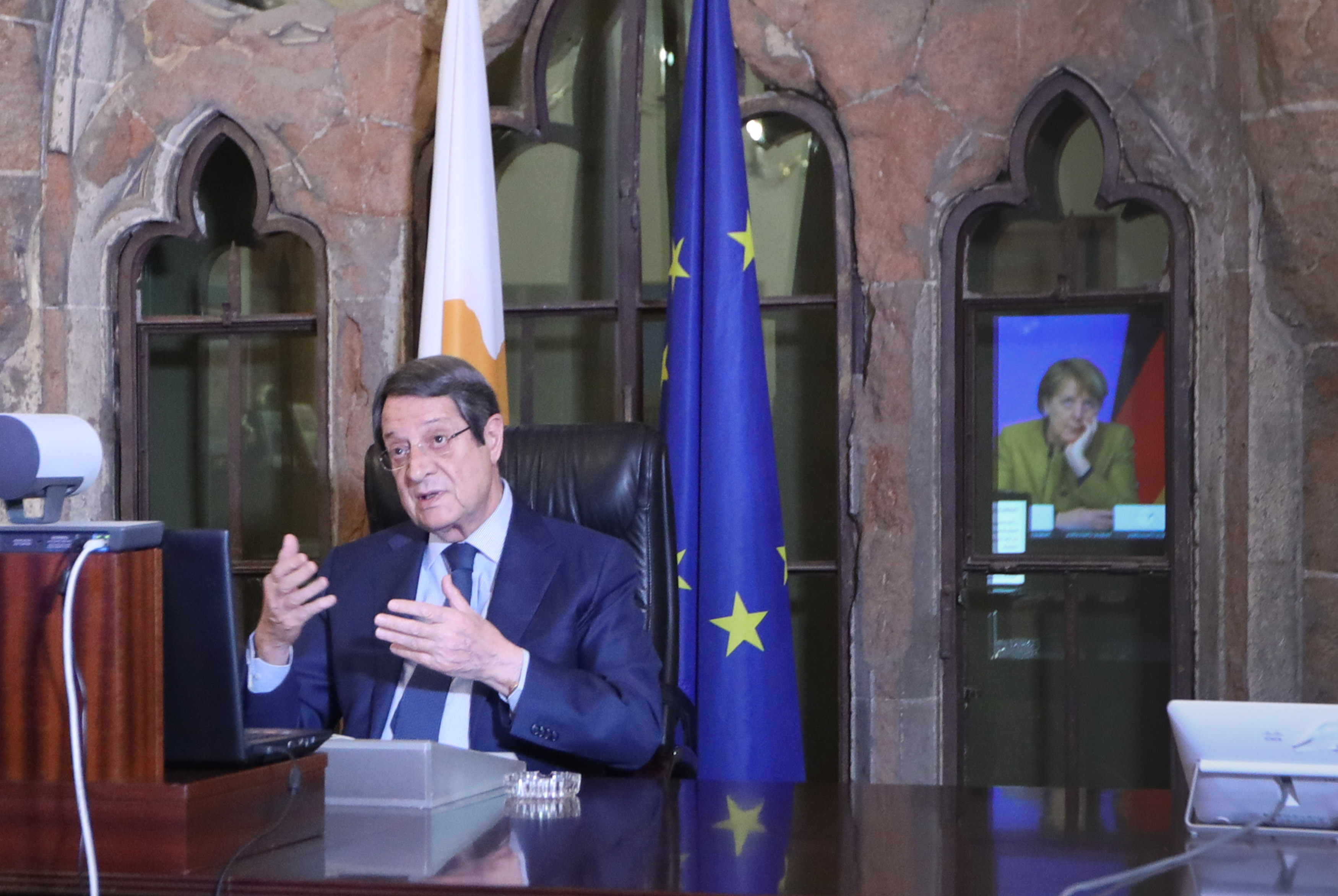 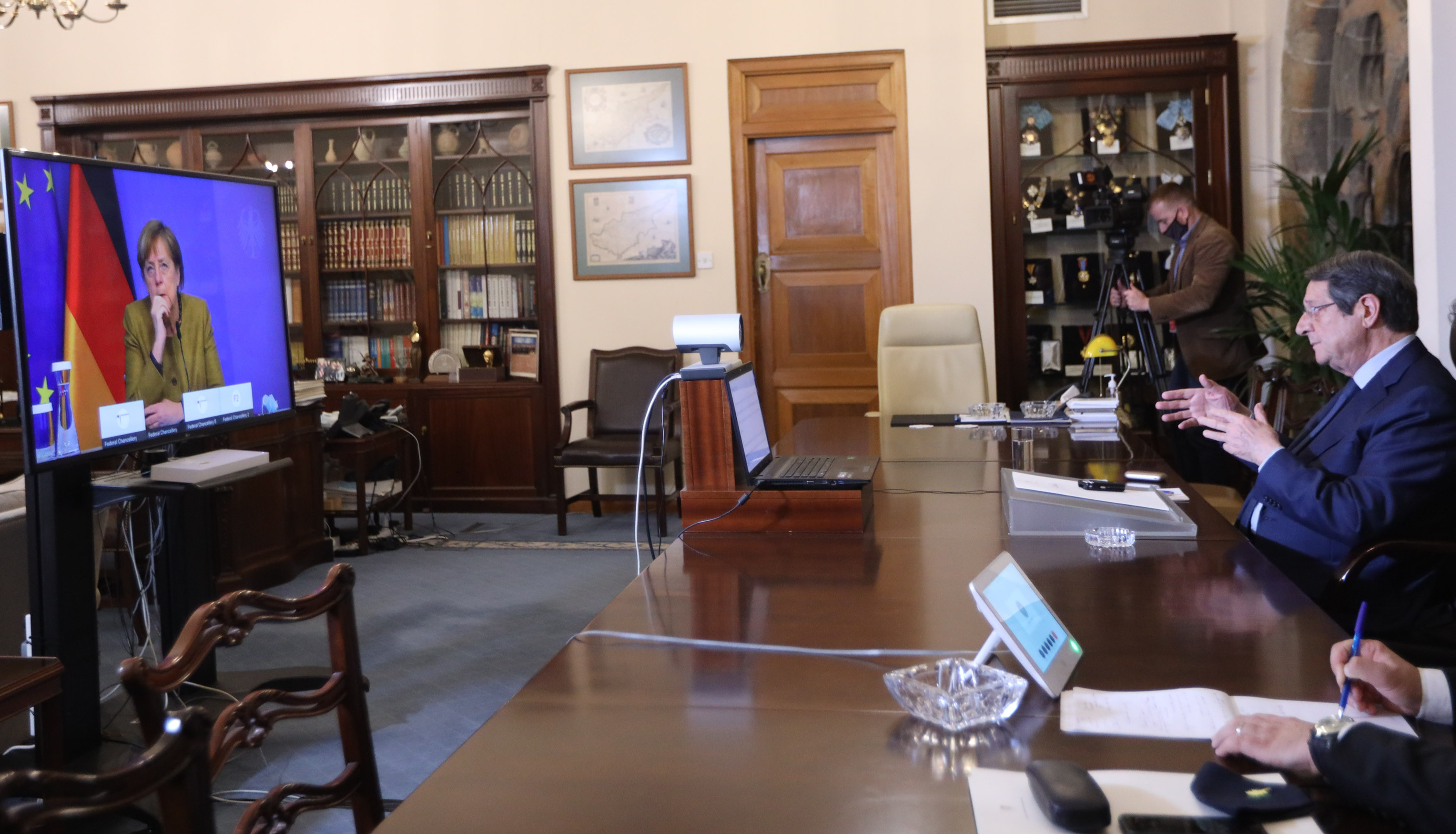 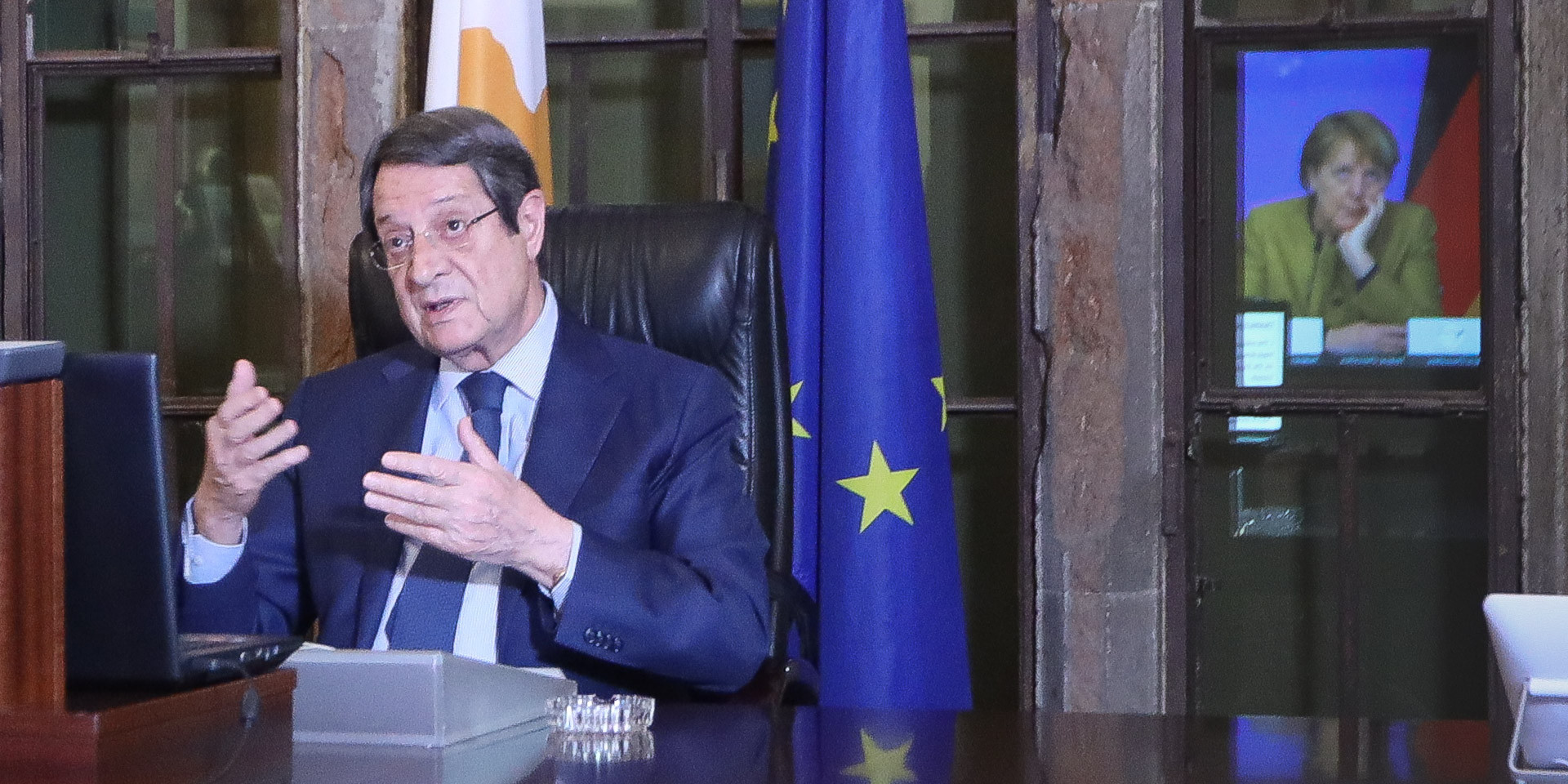 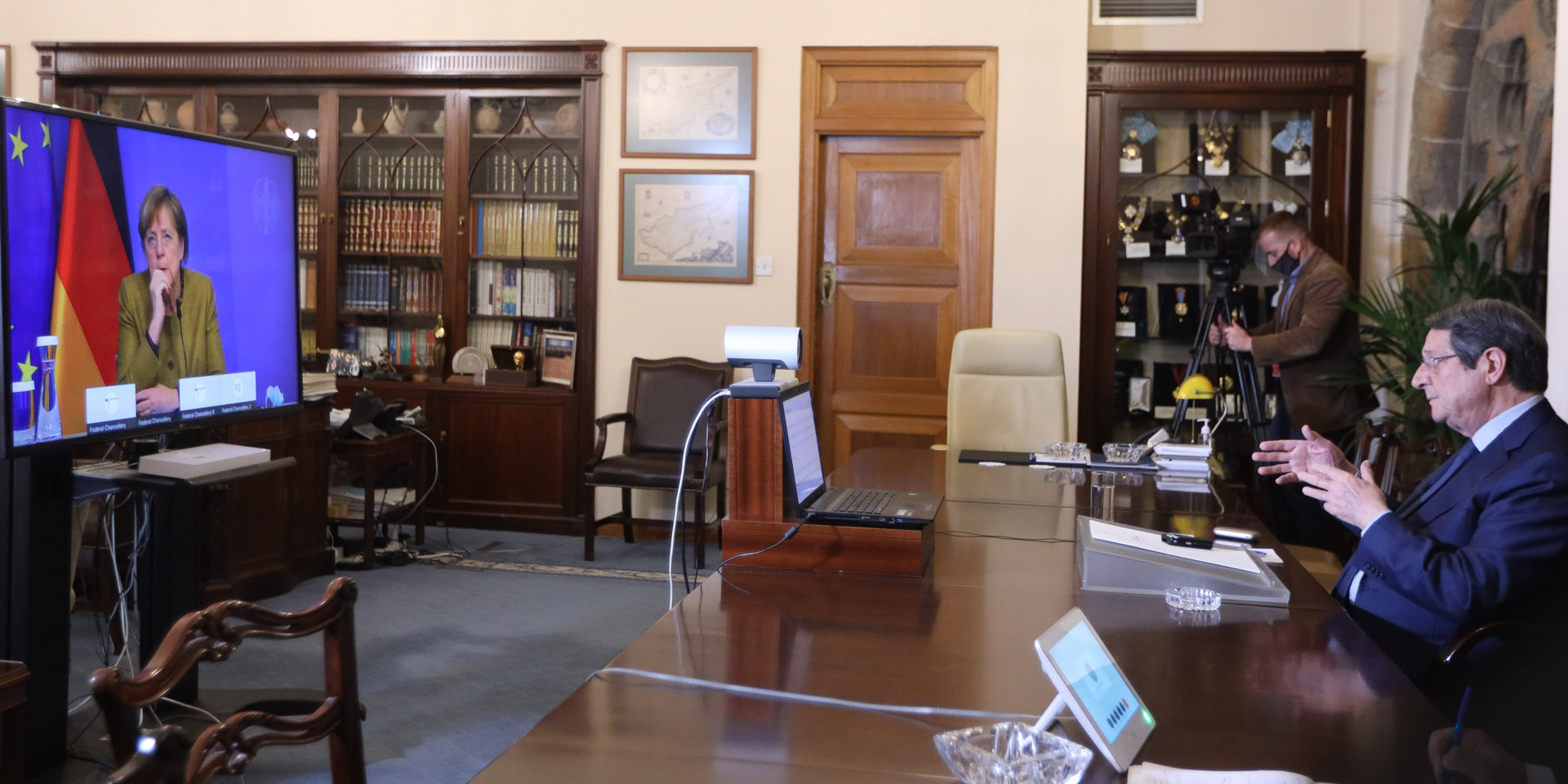 The President of the Republic, Mr. Nicos Anastasiades, communicated tonight through teleconferencing with the Chancellor of Germany, Mrs. Angela Merkel.

In his remarks to the media following the teleconference, the President of the Republic said that "I had an extensive and very productive conversation with Mrs. Merkel within the framework of the briefings and the efforts we are making so that,  through the interventions of friendly member states, the prospects will be created for the informal five-party meeting to generate those facts that would allow the Secretary-General to proceed with the substantive dialogue for the Cyprus problem; in other words, to convene a new conference for Cyprus.

I had the opportunity to repeat to her my determination to be sufficiently productive during my presence at the five-party meeting, insisting of course that the solution cannot deviate from the UN parameters, and even more, it cannot violate the European acquis. We are and will remain, as I explained to her, an EU country, and that is why we demand the contribution of the EU; so that its presence will ensure that everything that will be agreed upon will be compatible with the European acquis.

At the same time, we had the opportunity to discuss also the European Council of 25-26 March, where, among the issues to be discussed is Migration, something that certainly affects significantly the demographic composition of the Republic of Cyprus and especially that of the Greek Cypriot community, because of the flow of refugees from Turkey.

I asked her to convey to the Turkish President, with whom she will talk tomorrow through teleconferencing, that Turkey must stay away from provocations, that it should avoid any action that would affect the status quo of Famagusta, that he must, at the same time, if he wants a positive agenda, create those condtions that would not ignore any of the member states, and more importantly with regard to the refugee flows, to, at long last, take such measures to stop them, and also to have an important improvement and termination of this phenomenon.

Mrs. Merkel showed readiness to play a role in the effort, so that, on the one hand, any provocative actions by Turkey will be avoided, and at the same time she was positive to make a contribution so that the EU will be present but also to simultaneously provide any assistance it can from a legal point of view or any other way so that the solution sought will be the desired one."