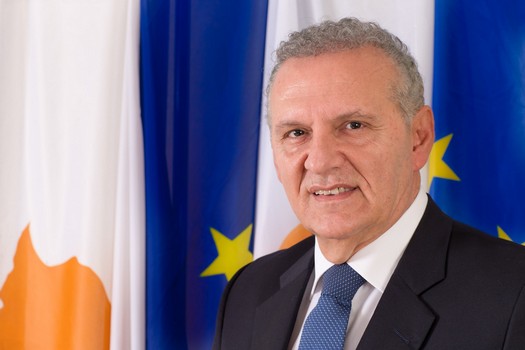 It is a distinct honour and a great pleasure to be here online with you today at this virtual event entitled “Cyprus: It’s time for reunification”.

Let me first commend the organizers (and especially the Chair Honorary Sir Roger and the Officers of the APPG for Cyprus as well as the President of the National Federation of Cypriots in UK, Christos Karaolis), for this initiative and thank them for the opportunity to participate.

I would like to thank Minister Morton, Shadow Minister Hamilton, the Opposition Party Spokespersons, as well as our good friends Sir Roger, Theresa and Bambo and all the Cyprus APPG members for their clear and united message this evening that the only possible solution to end the Turkish occupation is one that is based on the agreed UN parameters.

I would especially like to thank our friends on the Cyprus All Party Parliamentary Group for keeping Cyprus high on the British parliamentary agenda.

Let me also thank our Diaspora and to express our collective, deepest gratitude for everything you have been doing all these years in support of Cyprus, in the UK and worldwide.

I will concentrate my intervention to the open wound of the tragedy of the missing persons and their families.

From a humanitarian point of view, the most tragic consequence of the Turkish invasion of Cyprus is the missing persons. This is a tragedy that causes so much pain and agony to hundreds of families, who are still waiting for nearly half a century to be informed about the fate of their loved ones.

Forty-seven years since the Turkish invasion, around eight hundred Greek-Cypriots are still missing. Regrettably, progress on this serious problem during the past few years is disappointing, to say the least. Time is running out.

Despite the efforts of the CMP and the continuous support of the government of Cyprus the number of remains exhumed and identified by DNA falls dramatically year by year.

The basic reason for this situation is the refusal of Turkey to cooperate sincerely and constructively to solve even the humanitarian aspect of the tragedy.

Turkey should show respect to the European Institutions by implementing the 2001 judgement of the European Court of Human Rights and subsequence resolutions of the Council of Europe, United Nations, and other international organizations. In this respect, Turkey should allow unimpeded access to the CMP’s archaeological teams in the so-called military zones in the occupied areas, provide to the Committee all the information from its military archives concerning burial places, inform the Committee of the places of reburial of remains that were purposely removed from the original places of burial. As a result of this, only fragmented skeletal elements are located. The worse, however, is that the families receive for burial only small parts of skeletal elements of their loved ones, something that prevents the families from proceeding to a closure.

On our part we exert every possible effort so all Turkish Cypriot families are informed about the fate of their loved ones.

I take this opportunity to kindly request you to contribute in whatever way you consider appropriate, in the United Kingdom, to assist the efforts to solve the tragedy of the missing persons to the sake of the families concerned.

I feel that at this critical juncture, the need for the UK to assume a more active involvement and humanitarian initiatives is urgent, than ever before.

In conclusion, I want to clearly state that the correct settlement of the tragedy of the missing persons will not only help to end the suffering of the families but will also contribute to the prospects of the next generations. This will create conditions of trust and reconciliation, elements that are essential and necessary for the reunification of our island.