Televised address by the President of the Republic, Mr Nicos Anastasiades, on the occasion of the New Year 2022

We are at the end of another year of ordeals, as the pandemic that has struck humanity continues to threaten the lives and health, the economic survival and well-being of citizens, the health systems and the financial stability of countries.

At this moment, my thoughts are with the families that lost their loved ones, with the children that became orphans and with those who lost the people who supported them.

From the bottom of my heart, I wish each and every one a speedy recovery, but I also wish faith, strength and courage to all those who received the heaviest blow of the pandemic.

At the same time, I would like to express, on behalf of the state and myself personally, our affection and gratitude to the front-line professionals, who are away from their families, struggling with visible dangers to save lives, to provide treatment, to give courage and strength to people in need of love and affection.

I would like to reiterate that the state and the entire society are grateful and thankful to you.

Unfortunately, the New Year finds us facing a new dangerous and sweeping outbreak of the pandemic.

What is comforting and hopeful is that this time we are not defenseless and we do not face an invisible enemy.

Thanks to human intelligence, thanks to science, today we can effectively address the threats, we can protect others as well as ourselves from the risks of the pandemic.

The Republic of Cyprus, in a coordinated way, and with the help and sacrifices of the vast majority of citizens, has managed to rank among the countries that distinguished themselves, both in successfully addressing the disease and in managing the financial consequences of the restrictive measures that were taken by necessity.

The new pandemic wave has become dominant in countries around the world, unfortunately bringing back the strict restraining measures, with undesirable consequences for all.

Cyprus cannot be an exception, but it can again be – and I stress this – the successful example of crisis response and management.

What is required is individual and collective responsibility, a sense of social solidarity, an act of responsibility that can manifest itself through the use of the scientific potential that the state generously offers.

That is why I appeal to each and every one of you: follow the instructions of our distinguished scientists; Follow the vaccination program and strictly adhere to the protection protocols.

The protection of life and the hope of safeguarding individual freedoms is a right as well as a duty of all of us.

Though attention may be focused on tackling the current crisis caused by the pandemic, our thought is not distracted by the most serious problem our country is facing.

Unfortunately, another year has gone by without any progress in the efforts that we are determinately committed to, in order to put an end to the occupation and to reunify our country.

The informal conference in Geneva in April and the joint meeting of the two leaders with the UN Secretary-General in September, did not bring an end to the deadlock, and this is because, with their written proposals, the Turkish Cypriots and Turkey formalized their long-term objectives, which are none other than the definitive division of Cyprus, and the creation of a fully-controlled, independent, in inverted commas, Turkish Cypriot state.

The recent publication of the verbatim UN minutes, of what happened in Crans Montana in July 2017, but also the confirmation by the Turkish Foreign Minister during his speech at the Turkish National Assembly on 13 December, not only refute the contrary narratives of various people, but also prove who was responsible for the occasional deadlocks in the long negotiations for the settlement of the Cyprus problem.

Despite Turkey’s unacceptable claims and the violations of UN resolutions that are recorded either in the occupied territory or through the dispute of the sovereign rights of the Republic of Cyprus at sea, I would like to assure you that our determination and persistence in finding a functional and viable solution, which will reunite our country and liberate it from the occupying army or any dependence on third countries, will not be bent.

The multidimensional foreign policy we pursue, by using the possibilities offered by the European Union, maintaining connections with traditionally friendly countries, developing strategic cooperation with all the countries of the region and new transatlantic friends, is also within this framework.

The aim is to provide the Republic of Cyprus with an international shield, but also create the conditions for the resumption of a creative dialogue, which will lead us to a permanent solution always based on the High-Level Agreements and the resolutions and decisions of the UN, as well as the European acquis. A solution that will meet the expectations and concerns of both communities.

The new year will be the last one of my presidency.

I want it to be a year bold in decisions, but equally creative and beneficial for the people and our country.

My aim is to complete a series of reforms that will lay the foundations for the Cyprus of tomorrow.

Reforms which concern, inter alia, the modernisation of the judicial system, the public service, local government, the further promotion of digital transformation, the enactment of a series of laws that would ensure transparency, accountability and a more effective combat of corruption.

It will be a year in which financial stability will be strengthened, the General Health System will be shielded, but also policies that guarantee the welfare state that we have built will be completed.

The new year will be a year of further development of our energy programme, but also of completion or launching of major development and emblematic projects, which will ensure a better quality of life for citizens.

The above targets have no ideological tint.

They are projects and policies that concern the interest of our society as a whole.

These are objectives that we share with the political forces and this is why I believe that in this great effort, I will have their unanimous support.

I am optimistic. I am optimistic that, despite the ordeals that we have gone through and we are going through, the new year will be a year of creation and hope.

This is guaranteed by the determination, the will and the persistence that characterizes our people.

Note: For the televised address in the Turkish language press here.

Note: For the video of the televised address of the President of the Republic in Greek press here. 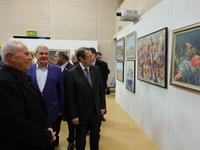 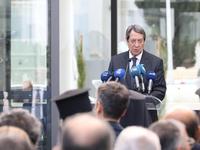 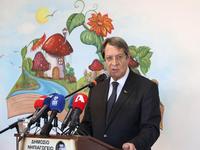 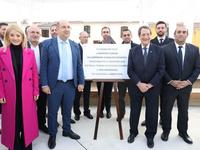 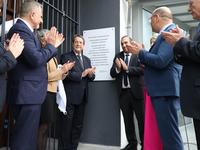