Recent News
Statement to the Press by the Minister of Foreign Affairs Mr Nikos Christodoulides on the occasion of the visit by the Minister of Foreign Affairs of the Kingdom of Saudi Arabia His Highness Prince Faisal bin Farhan Al Saud
Consumer price index (CPI) in July 2020, Inflation -1,5%
Humanitarian Aid for Lebanon
Announcement by the Ministry of Interior on the tragedy in Beirut
Registered unemployed: July 2020
Mail services countries list
Instructions and precautionary measures against the new coronavirus (SARS-CoV-2) in health providing areas
Statement by the Office of the Attorney-General of the Republic in relation to the case of Theodoros Adamakopoulos and others v. Republic of Cyprus
Applicable measures for passengers coming from each country category
Epidemiological risk assessment of countries concerning COVID-19, dated 04/08/2020 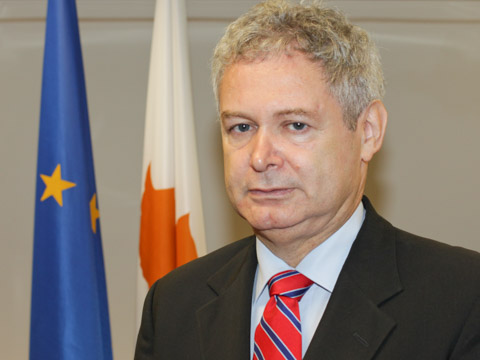 The United Nations Security Council, in an official meeting this morning (30.01.20), chaired by the Permanent Representative of Vietnam, Ambassador Dang Dinh Quy, unanimously adopted resolution S/RES/2506 (2020), renewing the mandate of the UN Peacekeeping Force in Cyprus, UNFICYP, for another six months until 31 July 2020.

Following the adoption of the Resolution, the Permanent Representative of Cyprus to the United Nations, Ambassador Andreas Mavroyiannis, made the following statement to the press:

“The Government of Cyprus welcomes Resolution 2506 just adopted by the Security Council, extending the mandate of the United Nations Peacekeeping Force in Cyprus for six more months.

We consider the presence and the function of the force indispensable for the preservation of calm and for the prevalence of conditions conducive to meaningful negotiations for the long overdue settlement of the Cyprus problem.

UNFICYP is a small, versatile, efficient and most successful peacekeeping force, operating however under difficult circumstances.

Earlier today, I had a meeting with the President of the Security Council and I have given the required consent of the Government of the Republic of Cyprus for the renewal of the mandate of the peacekeeping force.

We thank all the members of the Security Council, as well as the Secretary-General and the Secretariat, for their support and understanding.

We are going to continue doing our utmost for the settlement of the Cyprus problem as soon as possible, for the reunification of our country and for the withdrawal of all occupation troops.

In conclusion, I would like to stress once again the importance of the presence of the UN Peacekeeping Force in Cyprus as long as the current abnormal situation persists, as well as the importance of the UN and the international community’s engagement in a particularly difficult moment of tensions, threats of use of force and violations of international law in the Eastern Mediterranean.” 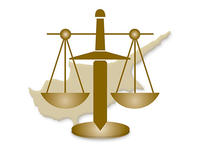 Statement by the Office of the Attorney-General of the Republic in relation to the case of Theodoros Adamakopoulos and others v. Republic of Cyprus

Νew Publications by the Office of the Law Commissioner 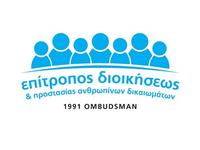 Statement by Ambassador Andreas D. Mavroyiannis, Permanent Representative of Cyprus to the United Nations, at the Security Council Open Debate on the "Maintenance of International Peace and Security: Upholding the UN Charter"