Yiorgos Lakkotrypis was born in Nicosia on May 30th 1970.

He is a graduate of the English School, Nicosia and has studied Mathematics and Computer Science (BSc) at the University of Keele in the UK (1988-1991). He completed his postgraduate studies in Business Administration (MBA) at the University of Colorado in the USA, on a Fulbright scholarship (1993-1995).

In 1991 he joined Joannou & Paraskevaides, assigned to oversee the IT systems at the company’s branch in Benghazi, Libya. In 1995, upon his return to Cyprus from his studies in the US, he joined IBM Cyprus, where for the next 6 years he worked in sales.

Mr. Lakkotrypis holds the office of Minister of Energy, Commerce, Industry and Tourism since March 1st 2013. 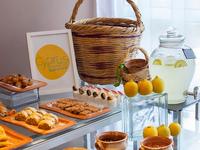