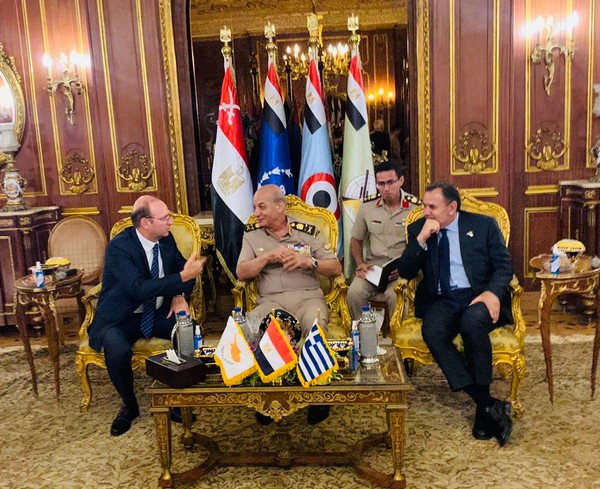 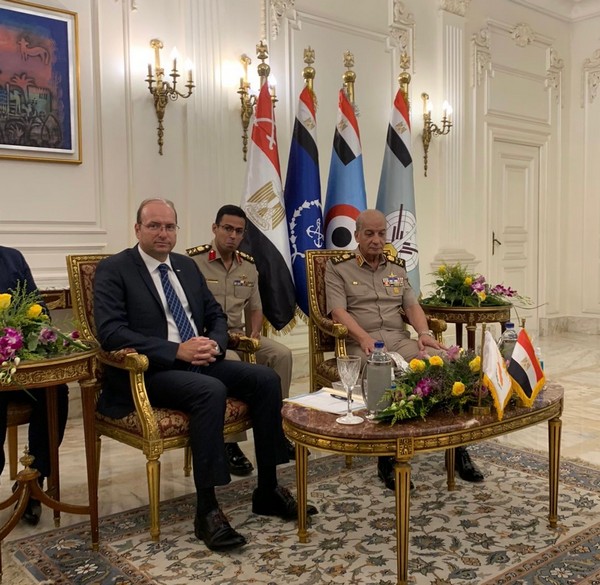 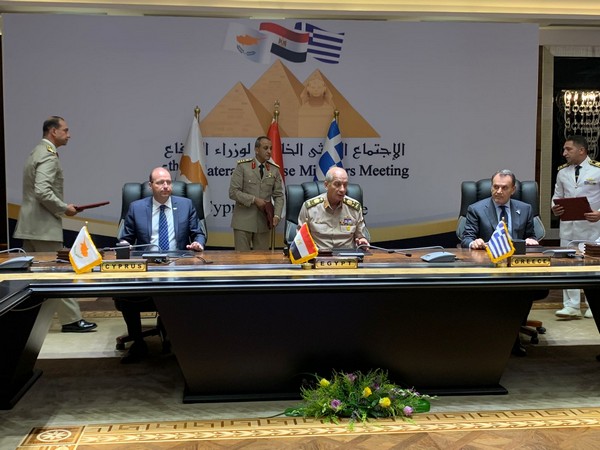 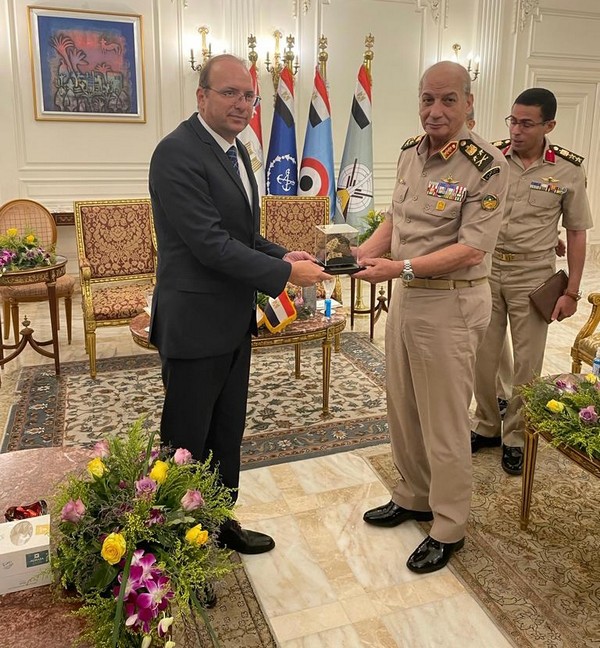 Joint statement of the 5th Trilateral Meeting of the Ministers of Defence of the Arab Republic of Egypt, the Republic of Cyprus and the Hellenic Republic, in Cairo

The Ministers of Defence reviewed the progress of the defence and security cooperation and expressed their appreciation of the joint accomplishments. They reaffirmed their common will and determination to further develop coordination, cooperation and joint endeavors to boost security and stability as well as to support the creation of an environment in the Eastern Mediterranean conducive to growth well-being and prosperity of their people.

The Ministers Expressed their concern and condemned any unilateral actions that violate the sovereignty, sovereign rights and territorial integrity of any country in the wider East Mediterranean region and highlighted that its necessary for all countries to respect international law and the UN Charter, the UN convention on the law of the sea (UNCLOS) and all other relevant agreements.

The Ministers of Defence have agreed on a joint vision that supports the continuously increasing strategic importance of the East Mediterranean in the present and future of the portfolio of energy climate change and security, the security of transportation lines and international maritime trade routes. They also stressed the importance of their cooperation for enhancing the security of energy supply, providing an additional source of energy supply of Europe. they have recognized the military and security tasks and burdens that necessitate boosting coordinate and cooperation efforts.

The Ministers of Defence of the three countries expressed their deep concern about the restoration of terrorist organizations and their activity in many conflict and tension hotbeds in the Middle East and the African Sahel. At the same time, smuggling with all its forms, illegal migration and human trafficking still pose a constant challenge. Furthermore, the mercenaries phenomenon, the transfer of foreign fighters and support for armed militias, all constitute a dangerous threat to regional and international peace and security and impose further responsibilities to cooperate and coordinate countermeasures against these challenges.

The Ministers of Defence cherished the efforts exerted by the Armed forces of the their countries to implement the joint training programs for the three services (Army- Navy-Air Force). They also discussed and welcomed the participation of friendly countries in these exercises, which represent a cornerstone for coordination and capabilities integration to enhance regional peace, security and stability.

They stressed the importance of international cooperation to contain global security tension, mitigate global polarization and end armed conflicts immediately. The settlement of crises through diplomatic and political means for avoiding long and geographically-stressed confrontations that will harm the entire world, particularly the developing countries in terms of securing their basic and strategic needs of nutrition and energy security and defence requirments was also highlighted.

The three Ministers of Defence agreed on the following:

a. To intensify communications, consultations, exchange of information, evaluations and coordination of joint efforts to meet the scale of military and security challenges and threats regionally as well as to satisfy the requirements of enhancing the security and interests of the three countries.

b. To hold the next trilateral meeting of Ministers of Defence of Egypt, Greece and Cyprus in Greece, in 2023.

Remarks by the Minister of Defence, Mr Charalambos Petrides, on the occasion of the signing of the contract for acquiring new attack helicopters

Speech of the Minister of Defense, Mr Charalambos Petrides, at the New York Mediterranean Business Summit

Address by the Minister of Defence, Mr Charalambos Petrides, at the DVDay/Final Phase of the Multinational Exercise "Argonaut 2022"

Address by the Minister of Defence, Mr Charalambos Petrides, at the international course on the “Role of the EU Cyber Ecosystem in the Global Cyber Security Stability”